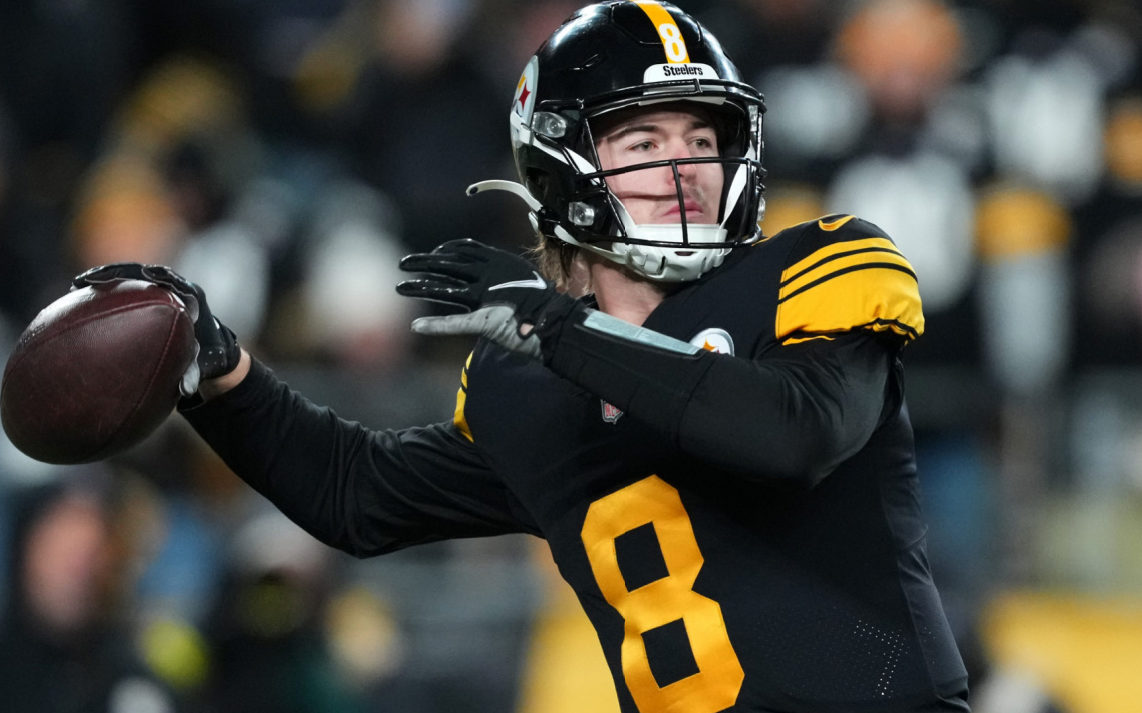 The Steelers Offense vs. the Ravens Defense

The Steelers have an uncharacteristically below-average offensive line. I have the Ravens tiered as an average defensive line. Baltimore has a mild advantage in the trenches.

The Ravens Offense vs. the Steelers Defense

The Ravens have a top-ten offensive line. Now that T.J. Watt is back, the Steelers have a top-ten, bordering on top-five defensive front. I’m treating this trench matchup as a relative draw.

This Is What You’re Betting On in Steelers vs. Ravens

Tyler Huntley was an effective fill-in for Lamar Jackson last season, but he had his worst game in a 16-13 overtime loss to the Steelers last year. The Steelers and the Ravens have been among the most successful and consistent football operations since the turn of the century. That said, these Steelers and Ravens are both less reliable than we’ve grown accustomed to.

Since their Week 10 bye, the Ravens have narrow wins against the Panthers and Broncos, along with a loss to the Jaguars. The Ravens offense wasn’t exactly impressive with Lamar Jackson in recent weeks. While Tyler Huntley is a very good backup quarterback, if you’re betting on the Ravens, you are betting on a limited offense. After a pretty underwhelming first half, the Ravens defense has given up 14 or fewer points in three of their last four games. Those positive outputs came against the Saints, Panthers, and Broncos’ bottom-tier offenses, but progress is progress.

If you’re betting on Baltimore, I’m building that bet around the Ravens defense keeping this game close. Your biggest concern with a Ravens bet is that Lamar Jackson has generally struggled against Pittsburgh and Huntley had his worst game against the Steelers last season. Since Huntley has a similar skill set to Jackson, we can reasonably say that the Ravens offense struggles against the Steelers. A good game out of the Ravens offense against Pittsburgh would be an outlier performance.

After their Week 9 bye, the Steelers have gone 3-1. Their only loss during that span came in a 37-30 defeat at the hands of Joe Burrow’s Bengals. If you’re betting on the Steelers, you are betting on a young team that’s been improving on both sides of the ball. On offense Kenny Pickett has been up and down, but he hasn’t thrown an interception in four games, and he’s had a number of positive moments.

If you’re betting on the Steelers, you’re looking for another clean game out of Pickett. A bet on Pittsburgh is primarily built around the Steelers defense, which has been a different unit since T.J. Watt’s return. This group has given Lamar Jackson trouble over the last several seasons, and Tyler Huntley had his worst game last year against Pittsburgh. Your biggest concern as a Steelers bettor is that the Ravens defense comes into Pittsburgh and wins this game against the Steelers young, volatile offense.

Winner/ Confidence Pool: I’m treating this as a true coin flip game, where I’ll have exposure to both teams in winner pools. I expect to be lower than consensus on this contest in my confidence pool rankings.

Spread Pool: I think Pittsburgh has more paths to a win here, so I’m debating them as one of my plays this week.

Survivor Pool: I would avoid this contest in survivor pools if possible.

WATCH MORE: Tyler Huntley Is Not Lamar Jackson, But He Won’t Break The Ravens Offense