We’ve made it to Divisional Weekend, and with it, we have a talent-rich, four-game slate to analyze. With that in mind, this article includes my complete rankings for the Divisional Round and player blurbs highlighting players I will target in DFS this week. The slate is deep with talented players (including a surprisingly deep tight […] Welcome to the NFL playoffs recap series! Each week, The 33rd Team’s Nic Bodiford will break down the results of the most recent playoff round, offering thoughts for NFL fans, fantasy football players, and sports bettors. For teams that remain in the hunt for the Lombardi trophy, Nic will focus on actionable data for the […]

Our DVOA-adjusted pass and run game targets are back for the wild-card round.

With so few games, I will peel back the curtain on my EPA stats to help explain my favorite matchups by position. All EPA-related stats provided in this article are since Week 10. Instead of the usual in-season breakdown by pass and run game, we can focus on team-by-team positional targets here.

Miami has a mediocre defense overall, but with a defensive pass DVOA rank of 25th and a hungry Bills offense ranked second in pass DVOA, this could get ugly. I am not sure Dawson Knox usually gets the volume necessary for spike weeks, but Miami’s defense ranks 25th against tight ends, which is the strongest individual matchup for Buffalo.

Don’t count out Stefon Diggs even though Miami is sixth vs. wide-aligned receivers. You could make a leverage play by using slot receiver Isaiah McKenzie with a slightly better matchup. Josh Allen is my second-favorite QB option this week with his dual-threat, no-holds-barred play.

The best and only chance Miami has of upsetting the double-digit favorite Bills is by letting Tyreek Hill run wild. Hill has been the Bills’ playoff nightmare before, and he doesn’t look to have lost a step. The Bills’ defense is last at defending slot receivers, where Hill lines up on 42.8% of his routes.

Hill can run, catch and take a short crosser to the house at any time. I am not sure Miami’s starter, Skylar Thompson, will be prepared for the temperature, excitement and overall raucous atmosphere on the road. But using Hill as a security blanket is his best bet.

Jacksonville’s defense is 30th in pass DVOA, and their EPA is terrible against tight ends (32nd) and slot receivers (31st). This implies quarterback Justin Herbert, tight end Gerald Everett and slot receiver Keenan Allen should all have a great game, especially with Mike Williams ruled out.

The Jaguars’ defense is ranked first against wide-aligned receivers like Williams, so we would not be targeting him anyway. Herbert is my favorite QB play this week. While Jacksonville is third against the rush, Austin Ekeler catches his share of passes and could be serviceable. However, if there was a week to risk fading him, this would be the one.

Los Angeles’ defense ranks 29th in rush DVOA, and their rush EPA is 30th. This is a Travis Etienne game. Trevor Lawrence is making his first playoff appearance, but he has a Super Bowl-winning coach, Doug Pederson, who knows how to win this time of year. This makes me feel like the Jaguars will attempt to control the game on the ground with Etienne.

Lawrence can ground and pound his way to some yards and scores, as well, so be mindful of that. If they start to get behind, Christian Kirk is their alpha-slot WR facing the 21st-ranked slot receiving defense. The Chargers defense ranks eighth against tight ends, which makes me unenthusiastic about playing Evan Engram.

A great quarterback play this week is the old GOAT himself, Tom Brady. He faces the Cowboys’ defense ranked a lofty third in pass DVOA, which also ranks well against slot receivers (10th) and tight ends (first). Yet, they conspicuously rank last at defending wide-aligned receivers.

This is a Mike Evans game through and through. Unless you want to roll the dice on chain-moving slot receiver Chris Godwin, Evans is my top skill-position play from Tampa Bay this week.

The top player out of Dallas is CeeDee Lamb. He lines up in the slot on 59% of his routes, where Tampa Bay’s defense ranks 30th in EPA and carries a middling rank of 15th in pass DVOA. Coming in at a close second is tight end Dalton Schultz, facing the Buccaneers’ 26th-ranked defense. Dak Prescott has been a bit turnover-happy, and I don’t trust the coaching of Mike McCarthy at all, so he is a risk. But his matchup is good.

The Ravens’ most glaring defensive deficiency is wide-aligned receivers (26th). That is a conundrum because both Ja’Marr Chase and Tee Higgins line up wide on more than 80% of their routes. One or both could have a spike week, and the guy getting them there is QB Joe Burrow.

These men can be triple-stacked together if you think the Bengals take some frustrations out on their divisional foe. Baltimore’s defense is a respectable 11th in pass DVOA, but that doesn’t deter me. I would fade Joe Mixon and Hayden Hurst based on their poor matchups.

There is not much to say about Baltimore other than “pay the man.” That man, of course, is Lamar Jackson. Cincinnati’s defense is 12th in pass DVOA and defends tight ends well. That is unfortunate for the tight end-reliant Ravens. Still, I would only consider Mark Andrews as a contrarian play. Sorry Baltimore, it’s a no from me dawg.

San Francisco’s success begins and ends with the run game. They have an inexperienced rookie at quarterback, Brock Purdy, and an all-world talent in Christian McCaffrey. McCaffrey is the play, with my only concern being the presence of Elijah Mitchell to vulture TDs.

Seattle’s defense is 29th in rush EPA and 25th in rush DVOA. The stars have aligned. Another good option to consider is George Kittle since the Seahawks’ defense ranks 19th against tight ends.

Geno Smith makes his first playoff start against the swarming 49ers’ defense. San Francisco’s defense ranks second in rush DVOA and fifth in pass DVOA. In terms of EPA, they are the best against the rush (sorry Kenneth Walker), and mediocre elsewhere.

Assuming a certain game script, Smith should be passing. If choosing Seahawks players, the guys I want are DK Metcalf and Tyler Lockett, with a slight lean toward Metcalf.

The last time these teams met, T.J. Hockenson had a stellar game catching 13 passes for 109 yards and two touchdowns. What is to stop Minnesota from doing it again? The Giants’ defense is ranked highly in DVOA. They rank 22nd vs. the pass and 32nd vs. the run. We clearly see this reflected in New York’s defensive EPA.

I will play Justin Jefferson anywhere and everywhere, but the smart money is on taking advantage of the matchups. Hockenson and Dalvin Cook make the most sense. Kirk Cousins is at home in a dome; he might be worth a try.

Daniel Jones finally gets his first playoff experience. Minnesota’s biggest defensive deficiency is vs. wide-aligned receivers (27th). The encouraging thing is the Vikings’ defense is also 26th in pass DVOA. The discouraging thing is the Giants have only a “practice squad” level of talent at WR since trading the oft-injured Kadarius Toney to the Chiefs.

Darius Slayton and Isaiah Hodgins are the Giants’ main wide-aligned receivers. They line up there 65.5 and 86.0% of their routes, respectively. If you like to live dangerously, they are the prime targets for this matchup.

Saquon Barkley is an extreme talent with a mediocre offensive line, so his performance will have a wide range of outcomes. Daniel Jones also can run and may need to do so to keep drives alive. Jones is a nice dart-throw option if paying down at the QB position. 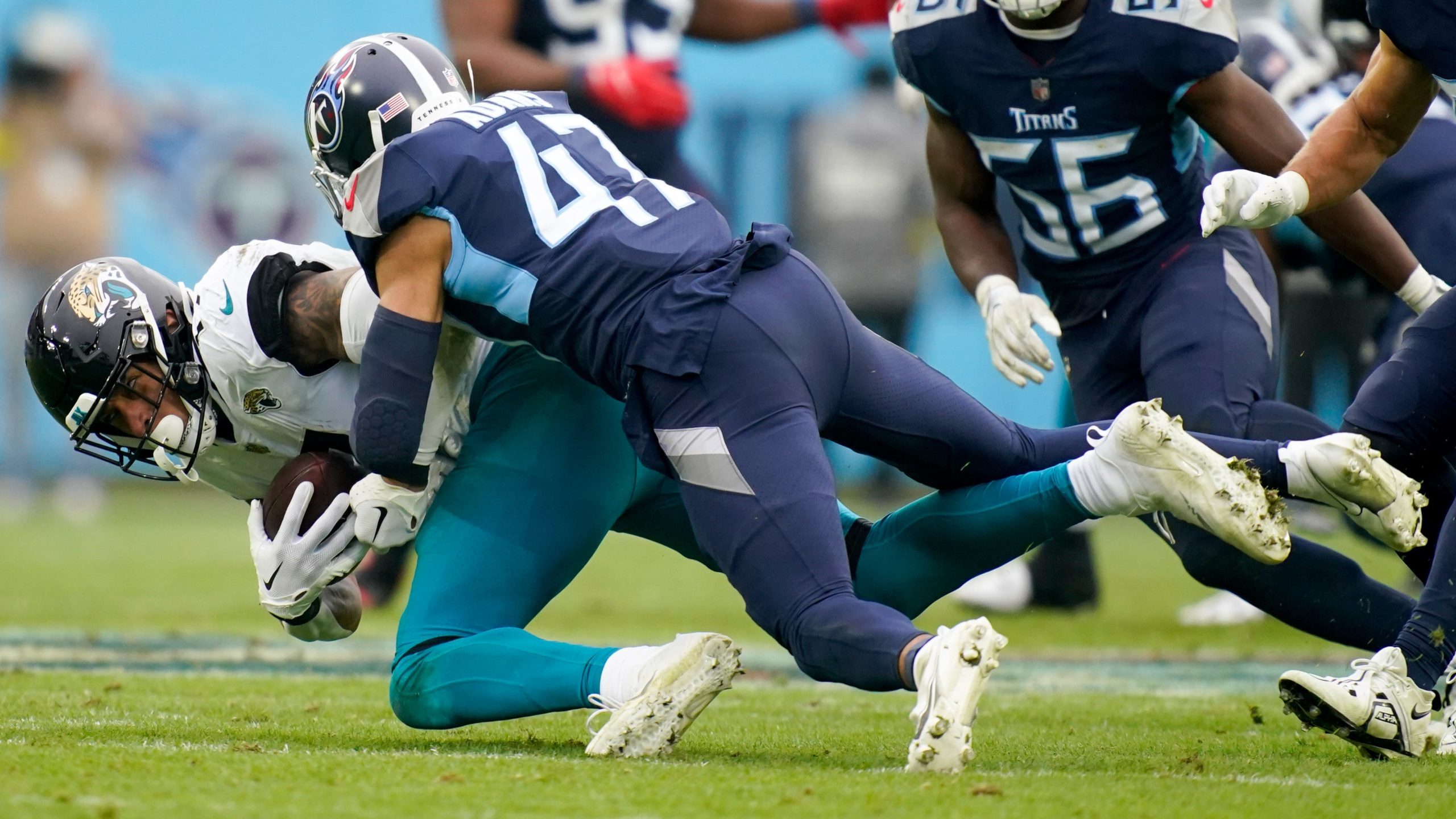 Dave Wannstedt says practicing to stop a guy like Jacksonville Jaguars running back Travis Etienne, is nearly impossible due to one, you have to have a guy that fast and two, not being to “go that hard” during practices. It’s no question that Etienne’s speed has been a game-changer for the Jaguars.

Josh Larky, Ryan Reynolds and Ben Wolbransky each name five of their favorite player props for Week 17 in the NFL:

He’s been over this number 10 of his last 12 games, with at least seven targets in his past six.

Last week, when the Rams beat the Broncos, Akers had 23 carries, 118 yards and three touchdowns. But prior to this game, he has been under this number each week.

Cleveland allows 5.2 yards per carry to running backs, per The Edge. The Browns’ pass defense has been lights out the past six games (6.0 yards per attempt). Their path to winning this game is running the ball.

Edwards had 13 carries for 66 yards against the Steelers in early December.

The Chiefs have allowed more than two passing touchdowns per game. Their offense forces you to pass to keep up.

He’s beaten this number seven times this season, including against the Texans in early October.

Cooks returned to action last week and saw nine targets. He’s beaten this in 7 of 11 games.

I think from a game-planning standpoint, the biggest advantage the Browns have is their dynamic tight end David Njoku.

London has at least nine targets in his last three games, and he eclipsed this number in each of those.

The Packers are allowing the sixth-most rushing yards this season.

Minnesota allows the most passing yards to quarterbacks, that’s really it.

Over the last three weeks, Akers has led the Rams’ running back room by a wide margin and has looked really good as a receiver.

Singletary has hit this in 11 of 15 games and Cincinnati has allowed it in 9 of 15 games.

His 27% target share is higher when Sam Darnold is the quarterback. He’s been fun over the last month and they are chasing the division title

While Jerick McKinnon has been the receiving guy, Pacheco has been the rusher. He has eclipsed this number five times since Clyde Edwards-Helaire got injured 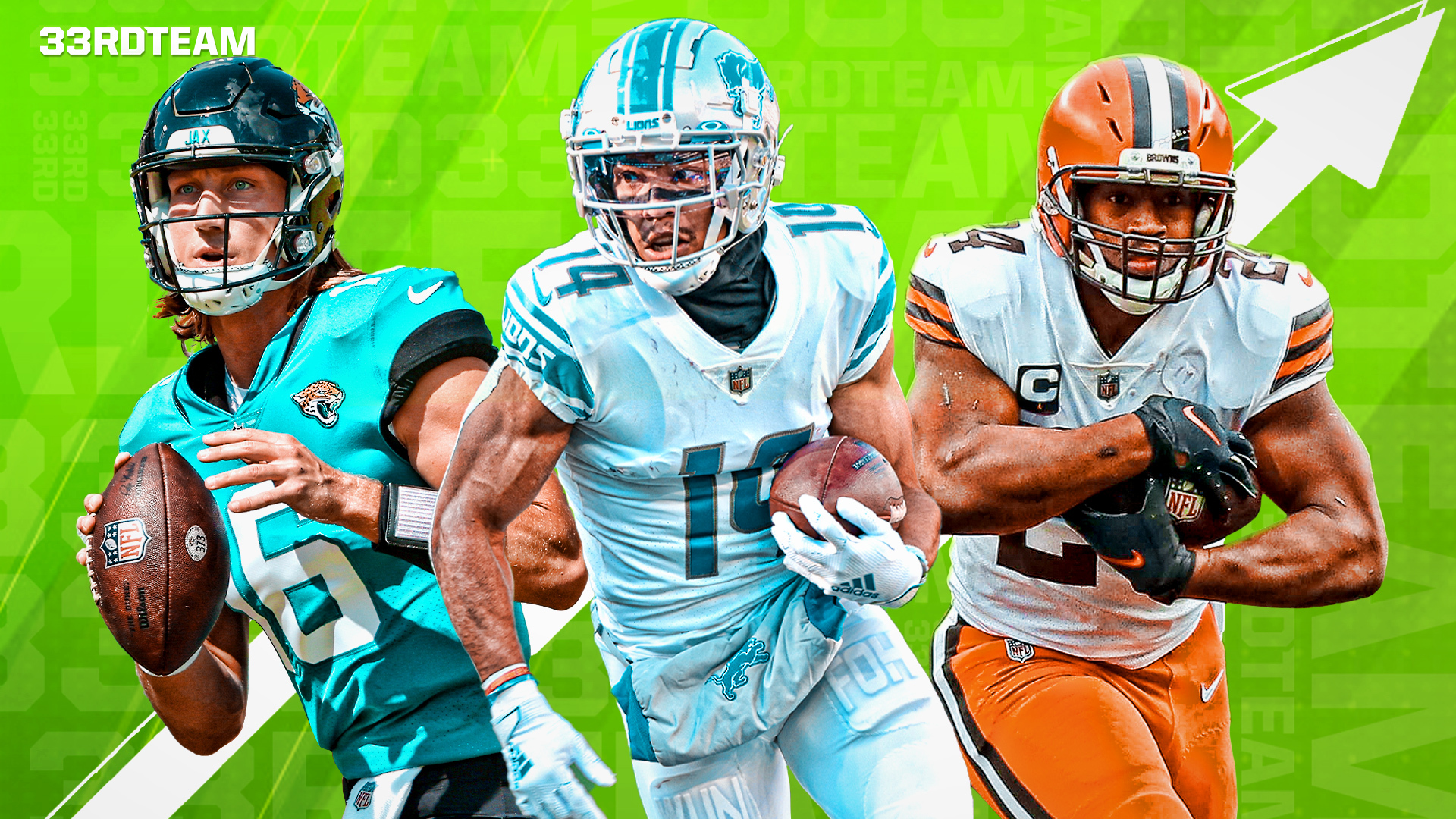 Hall of Fame coach Bill Parcells once said, “You are what your record says you are.” While that is absolutely true, history has shown us that if you know what you’re doing, your record doesn’t have to stay the same for very long. Consider: >> After winning just four games in 2018, the 49ers went […]