With the 2021 NFL season about to begin, here’s how I see all four divisions in the AFC shaking out:

I think Buffalo will win the division, but we could be on the verge of all four teams having franchise quarterbacks that are all in their early 20s. At the moment, though, the Bills are decidedly ahead of everybody. They have the best quarterback in Josh Allen, explosive  weapons, and a solid line. On defense, they have two of the best playmakers in the division with Tre’Davious White and Tremaine Edmunds. They also have an emerging defensive line with guys like Ed Oliver, Gregory Rousseau, A.J. Epenesa and Carlos Basham. The emergence of a strong defensive line is how they are going to beat Kansas City, which improved its offensive line fairly drastically this offseason. I am not sure if they closed the gap, but they are giving themselves the best chance.

The Jets are still a ways away but finally seem to be making some moves in the right direction. The problem with the Jets, though, is you need to know where you are at and make some short-term sacrifices for long-term gains. They already lost free-agent signing Carl Lawson for the year, who was an important piece, but either way they would be lucky to win 5-6 games. Even trading for his replacement, they are still lucky to win 5-6 games. I think they just need to suffer through the year, with a rookie quarterback, and load up as many assets as possible in terms of draft picks and cap dollars. That is the best way to help lead a turnaround, and something the Jets have been devoid of because of high-priced signings like C.J. Moseley and Le’Veon Bell, who have provided very little value because of injuries, another potential process failure the Jets should be monitoring.

For the Dolphins, it all comes down to Tua. I have been saying for a while that I think Brian Flores is one of the best new-coaching hires in quite a while. Entering his third season with an improved roster, I think Miami can contend with solid quarterback play. The Patriots have made a lot of good decisions this offseason, and Bill Belichick is a phenomenal coach. They do have to hold their breath health-wise, especially in the tight end room with Hunter Henry and Jonnu Smith. If they can stay healthy and Mac Jones proves to be alright, Belichick is good enough of a coach to have them in the mix.

I think Baker Mayfield is a good quarterback, and he has played well in two of his three seasons. They also have two outstanding lines on both sides of the ball. You could argue they are as good as anyone in football. On offense, they have two bookend tackles with Jack Conklin and Jedrick Wills, and have solid veterans in the interior. On defense, they are led by Myles Garrett, but added Jadeveon Clowney. If Clowney can stay on the field, he has the potential to be a huge difference-maker. There is a risk, but they are in a position to win now and had the cap space to do it. I think it is reasonable, because even if he goes down, they still will be in a position to be competitive for a while.

Baltimore was in a great position to contend but have already lost J.K. Dobbins and Justice Hill in the backfield. They also have some concerns at receiver and will start the season with first-round pick Rashod Bateman on IR. Outside of losing your quarterback, one of the worst things for a team is having multiple injuries at the same position. That compounds even more when that occurs before the season starts. The good news is, it is one of the deepest positions on their team and in the NFL, if recently signed, Le’Veon Bell is unable to contribute. For me, I think their wide receivers are more concerning because this is an area that has been hampering them for some time. I do not think they are as good as Cleveland on paper, but they will always play hard and have a very good coaching staff, despite losing defensive line coach Joe Cullen, who I think is the best defensive line coach in football. Cullen left to become Jacksonville’s defensive coordinator.

I actually think Pittsburgh has a shot to be decent, even though I think they come in third place in the division. They have one of the most talented defenses in the NFL — if T.J. Watt is engaged and in playing shape. They also have one of the best secondary players in Minkah Fitzpatrick. The concern comes down to the offense. I am very worried about their offensive line, which has very little depth. They do have good weapons around Ben Roethlisberger and upgraded at running back with Najee Harris. New offensive coordinator Matt Canada could be the key to Pittsburgh’s season. They need to run a modern offense and not be afraid to let Ben throw the ball, especially on first down. Some of Roethlisberger’s biggest successes last year were when they would get down early and be forced into throwing. If everything goes right, they could make it into the postseason.

The Bengals, they are a step behind everyone in the division, and I think their problem remains their lack of focus on both sides of the line. It is the main reason they had moderate success with Marvin Lewis but were never able to advance in the playoffs.

I still like Indianapolis but am concerned because Carson Wentz has already been hurt and for the moment will not get vaccinated. I actually think he is in the right situation and can play well. He has a very good offensive line, good running backs and two young receivers that will be good players, if they can stay on the field. The Colts were right for not acquiring Julio Jones. Michael Pittman and Parris Campbell are two younger, cheaper players that could potentially outproduce Jones in the near future. They have a solid defense, with a strong front seven, and they have a chance to be a really good team if Wentz can play well.

Tennessee is the main competitor with Indianapolis, but as I have stated previously, I have concerns. I think they will make the playoffs but I do not think Julio Jones makes them drastically better, and the defense is still a weak point. The Titans and the Colts both have the benefit of playing Jacksonville and Houston twice, which will help in the playoff race.

I do not think the Jaguars will be massively better, but I think they are doing some of the right things. They have a franchise quarterback to build around and added Joe Cullen, who I like a lot as defensive coordinator. With guys like Josh Allen and K’Lavon Chaisson, they will be one of the most aggressive defenses in the NFL. They are definitely not ready, but they are on the right track to being better. This is a lost year for Houston as they wait for resolution on Deshaun Watson. Unless the player drastically changes his mind, a divorce is inevitable, so this could be a good season to see what they have in third-round pick Davis Mills.

I still think the Chiefs are the best team in football and actually got better with the additions of Joe Thuney and Orlando Brown. I worked with Andy Reid for 14 years and was with general manager Brett Veach when he was starting. They have built a very solid roster, even after paying a lot of their guys, which is very hard to maintain because of the cap. They deserve a lot of credit for how they have built this roster. For this season, I think they have a top-2 coach in the NFL and the top quarterback; that combination wins a lot of Super Bowls.

The Chiefs are the best, but every team in this division is good. I think in some other divisions, the Raiders would be my favorite to win it, and I think there are divisions in which the Broncos could be competitive.  The Chargers have not been able to stay healthy, but they are an excellent team if they can. They have better lines, a good coaching staff and a guy that looks like he could be a star quarterback in Justin Herbert. For me, the Chargers are either going to be really good, or be really good in a year because they need some more time playing with each other.  I never think a team is just a quarterback away, but I think the Broncos are pretty close to being that team. If they start to get quarterback play to compete against the best teams, they could become one of the better teams very quickly, similarly to the Chargers.

Las Vegas will always have a hard offense to stop because Jon Gruden is so smart. They do need to get better at the personnel decisions to truly compete with the upper-echelon teams in the league. 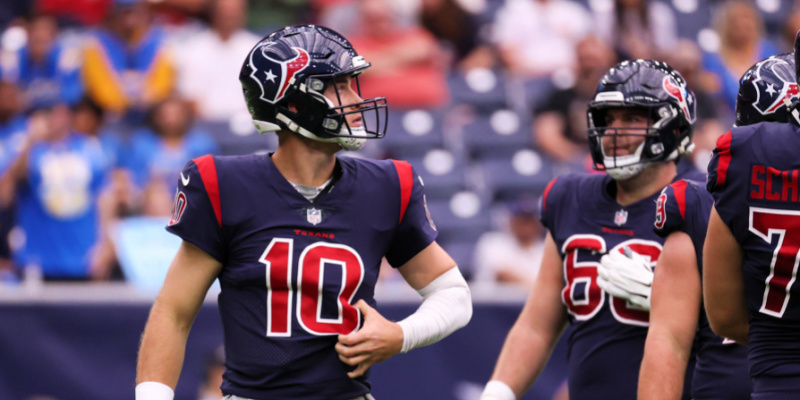