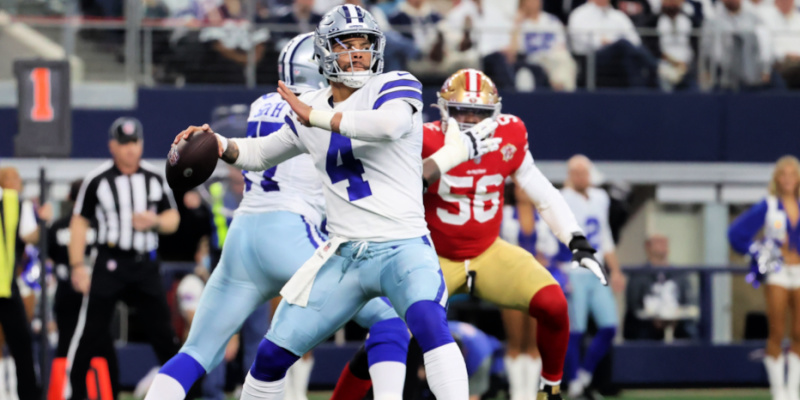 Later on in his career, in 2010, Brady signed a four-year contract extension with a $48.5 million signing bonus. Granted, his prestige has grown over the years. Still, this shows how the NFL continues to hand out more and more lucrative deals, including signing bonuses, as the league gains value year after year through TV money.

It is important to remember that signing bonuses are just one portion of an NFL contract. Based on the goals of the team and the player, their values can vary widely by player, team, and contract.

Signing bonuses count against the team’s cap. However, while the player gets the lump sum of the signing bonus upfront, the team, from a salary cap perspective, can spread out the signing bonus equally throughout the life of the player’s contract—up to five years. A $20 million signing bonus on a five-year player contract would account for $4 million in cap hits each year.

Take Andrew Luck, the first overall pick in the 2012 NFL draft. Luck signed a four-year contract with the Colts worth $22.1 million and included a $14.5 million signing bonus. Rather than a $14.5 million cap hit in 2012, the Colts spread out his signing bonus over the life of his contract. The hit against the cap would be $3.625 million per year over four years instead of a direct cap hit of $14.5 million directly in 2012. This gave the Colts more leverage and cap flexibility in signing other players.

When a player receives a signing bonus through an extension, the cap is affected every year of the entire contract, rather than just the years extended. Additionally, any signing bonus remaining from the original contract will still count under the original years of the contract in terms of cap hit.

For a more specific example, Russell Wilson signed a four-year contract extension in 2019 with one year remaining on his original contract. The signing bonus was $65 million. Som the team spread out the salary cap over five years (the four years of the extension plus the one remaining year left from the prior contract).

The term “dead money” refers to remaining prorated money on the contract after a player is released/traded. If a team cuts a player, the team must pay the full amount outstanding. The full amount remaining will get accelerated into the team’s cap in the season the player is let go/traded. This can significantly reduce a team’s cap space.

Dead cap hits are the best way for players to protect themselves. An extremely high dead cap hit can serve as a strong deterrent for teams to prevent cutting players when they are tight on cap space in the current year. However, teams can spread a dead cap hit over two seasons (the current and next season) by releasing or trading a player after June 1st of that year.

If a player unexpectedly and without legitimate reason (such as an injury) retires in his prime while under a long-term contract with a signing bonus, the CBA allows the team to attempt to recoup some of that money. This is the “Barry Sanders Rule.” After judgment (usually arbitration), if it is decided that the team is entitled to receive the return of a portion of the player’s signing bonus, the amount will be credited to the following year’s salary cap.