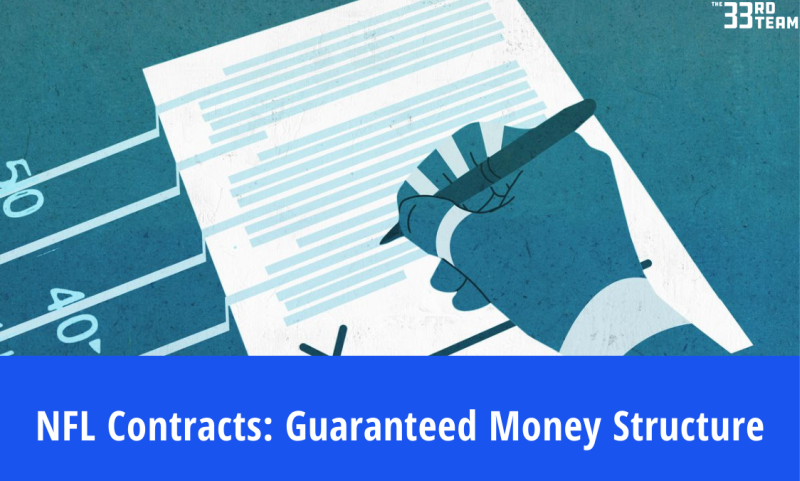 Second, a “Guaranteed for cap” clause in a contract means that a team cannot try and not pay the player for the reason of salary cap concerns.

Finally, a “Guaranteed for injury” clause in a contract means the player is guaranteed that money even if they get hurt (from a football related injury) and cannot play. Additionally, players receive a signing bonus upon signing their contract and it is fully guaranteed.

It is also important to note that there can be money that becomes guaranteed (vests to a full guarantee) at a later date, but the team can cut the player before the trigger date occurs and the player would not get that guaranteed money. Structures such as vested guarantees emphasize the importance of knowing every term in a contract, as it can make a large difference in player payout.

The more guaranteed money a contract contains, the more the player likes the contract, and the more risk the team is assuming. For example, if a player has a four-year contract for $20 million with $10 million fully guaranteed, the team could potentially release the player and only have to pay him $10 million. However, if a player has a four-year fully guaranteed contract for $20 million, then the team will pay the player the entirety of the $20 million contract regardless of any injury, cap, or skill concerns that could arise throughout the life of the contract.