From 2012-19, a team from the NFC West reached the Super Bowl five times. The 49ers took a step back in 2020, largely due to injuries. The Rams, after making the playoffs last year, made a blockbuster trade for the quarterback they think can put them over the top. Seattle has been a perennial contender with Russell Wilson under center. The only NFC West team that hasn’t reached the Super Bowl in the last seven years, the Cardinals, are certainly on an upward trajectory with Kyler Murray entering his third season.

Below is the offseason outlook for each NFC West team:

Starting with Arizona, I think the J.J. Watt (91.43%) signing was a mistake. Like I have said previously, I think it really exaggerates how close they are to being serious contenders. You need to be right on the cusp before you start putting substantial money into veterans that are probably on the decline. He is still very talented, but he only has nine sacks the last two seasons, so clearly he is descending. He has also always had injuries and seems to be getting hurt more often, so committing $28 million to him with $23 million fully guaranteed is a really high risk. In this division, he will not be a big factor in putting them over the top. They had a good defensive line last season, and assuming they can keep everyone, I think they still will have a plenty solid one. There are question marks there, because DE Hasson Reddick (78.81%), who had his fifth-year option declined, LB De’Vondre Campbell and DE Markus Golden are all entering free agency. Since I don’t think they are a final four team right now, I think that money should have been focused on some of those younger guys. Reddick will be really tough, because when a player has a great year like he did, it could be the start of an excellent career, or it could be that he played better than he is in a contract year. Even though they declined his fifth-year option, I think they should consider a franchise tag before giving him a significant contract based on one season.

Also, Arizona only has DE Chandler Jones (25.79%) under contract for one more season and he is due $15.5 million. For me, signing Watt would not change how I approached Jones, but it may for them. I really think they need to put together a top-tier defensive line, and now it seems they are on the verge of just putting fill-ins there. Outside of the defensive line, CB Patrick Peterson (98.83%) is entering free agency. He may not be as good as he once was, but he is still a consequential player and has been for this franchise for a long time. I think Arizona should try to bring him back, but it should only be for 2-3 years, they need to really be objective about setting their limits. He is still a good player, but he is no longer in the conversation as the best corner in football. If they are serious about winning in the short-term, like Watt suggests, he is a vital piece.

On offense, protecting QB Kyler Murray (97.35%) needs to be a priority. They have done enough to give him weapons with De’Andre Hopkins and Christian Kirk. They are entering the league year with RT Kelvin Beachum and RG J.R. Sweezy as free agents, while LG Justin Pugh (84.81%) will be 31 before next season. Upgrading the line should be one of their biggest priorities even if that means losing RB Kenyan Drake (54.33%) and WR Larry Fitzgerald (65.81%) to free agency.

Overall, I think they have done a good job rebuilding, and I think they are an up-and-coming team. They have invested a lot in the quarterback position and now are all-in on Murray, so building for him needs to be their focus.

My personal opinion on the Matthew Stafford trade is that I probably would not have done it. I have talked about this before but the only way I would have considered it as a general manager is if the coach was just really adamant about the difference it would make. You really try to keep the coaches fixated on coaching, but if Sean McVay had such a conviction for this player, it is hard to ignore that.

With the rest of the team, they have really established a nice core for the next 3-4 seasons. They have two of the best defensive players in the NFL in DT Aaron Donald (84.47%) and CB Jalen Ramsey (93.07%). Both players are locked up for at least the next four seasons, with each due north of $74 million. On offense, they got their quarterback and decided to commit big money to both receivers, Robert Woods (89.28%) and Cooper Kupp (75.16%). I do not necessarily agree with that, because I do not think they have done enough to prioritize their offensive line. LT Andrew Whitworth (53.53%) will be 40 next season and starting C Austin Blythe (100%) is entering free agency. That needs to be addressed if they expect to be serious contenders.

On defense, they also have a few impactful free agents in S John Johnson (100%), DE Leonard Floyd (89.45%) and CB Troy Hill (94.92%). My philosophy on team building would emphasize Floyd. After getting released by Chicago, he came over on a one-year deal and posted a career-high 10.5 sacks. He is only 28 and gives you the opportunity to have a formidable pass rush alongside Donald. Now, we saw Dante Fowler have 11.5 sacks in Los Angeles before signing with Atlanta and only have 3.0 sacks, so this may be a circumstance where they trust their system, even though they are getting a new defensive coordinator. I think they can afford to move on from DT Michael Brockers (60.94%) to make Floyd fit. Brockers is a solid player, but is mainly a run stopper and is due $18 million the next two seasons. I think they can spend that money in a more impactful manner.

Overall, I think they have established a 2- to 3-year window where they think they have a really good chance to win a Super Bowl. I personally do not like to think of things in that short of a window, because there are too many things that can go wrong — an injury to a key player, a bad bounce, a bad call. That is why I never liked going all-in for a two-year window. I certainly do understand the other side of it, though. They have been a star-driven team, with a lack of younger players, and although that does not usually lead to success, they have found a way so far to be successful.

I think the 49ers are a leading contender to be the turnaround team of the year. They got massively decimated with injuries last season and still have a really talented team with two good lines. I think they have a coach that has the ability to turn almost anyone on offense into a good player. They are another team with a defensive coordinator change, so that will be a factor to how they adjust. I think they have the potential to go back to being a final eight or final four team with a legitimate chance at being a Super Bowl team.

On offense, they need to get QB Jimmy Garoppolo (27.83%) to stay healthy, if they still view him as the answer. He only carries a $2.8 million dead cap and is due over $50 million the next two seasons. I do not think they are in love with Garoppolo, but if there was an upgrade available, I think they would have made the move already. I imagine they did their due diligence with Stafford but nothing materialized. It is a team friendly contract, but it is just hard for me to see them going into next season with a rookie quarterback with the roster they have. They also have both of their other quarterbacks, C.J. Beathard (16.97%) and Nick Mullens (55.02%) entering free agency. It seems like they go back and forth with those guys, so I am not totally sure how they view them. LT Trent Williams (87.32%) is entering free agency and would leave a huge hole if he left. They also have FB Kyle Juszczyk (43.07%), who has played a vital part in Shanahan’s offense, entering free agency. I value Williams, but he will be 33, so I would be careful not to give him too much money.

On defense, they also have a host of free agents starting with CBs Richard Sherman (32.05%) and Jason Verrett (77.41%). Jaquiski Tartt (36.0%) is also a free agent in the back-end. All those guys are approaching 30 or over 30, so I would not be set on bringing any of them back. They also have DBs Ahkello Withersoon (32.14%), K’Waun Williams (27.41%), and Emmanuel Moseley (48.07%) (ERFA) slated as free agents, and where they are in their careers should make them the preference. I also think they need to prioritize locking in LB Fred Warner (93.73%) who is entering his final year under contract after three straight seasons with 100-plus tackles. Getting guys like that signed before they hit the open market or even their peak as a player is one of the characteristics of successful franchises.

I think this is a no-brainer for them. He has been a three-year starter since leaving Notre Dame. Like Warner, this is the type of player that good franchises lock in before he has a chance to hit the open market.

With Seattle, I think their problems continue to be driven by their lack of offensive and defensive line play. I think their pass rush ability has gotten better over the past year, but it is nowhere near where they need it to be to be a true differentiator. When they were really good, they did an excellent job of having a dominant front seven. On offense, they have really been trying to win with the same o-line philosophy for 10 years. They have had some success, but I think that has really kept them consistently good — instead of being consistently great. I think a lot of the Russell Wilson (98.31%) frustration stems from this, so that needs to be a main focus this offseason. Right now, they already lost LG Mike Iupati (46.76%) to retirement and have C Ethan Pocic (87.51%) entering free agency, so they certainly have some work to do. They also have a few other questions, including whether RB Chris Carson (37.84%) will be back. I know they drafted two University of Miami running backs in DeeJay Dallas (13.71%) and Travis Homer (12.96%), but I actually could see him coming back on a modest deal. If he gets too expensive, they will have to move on.

In the secondary, CBs Quinton Dunbar (34.46%) and Shaquill Griffin (70.57%) are entering free agency. I am a Dunbar fan when he is on the field, so I would try to bring him back on a reasonable deal. I also think they should try to re-sign Griffin if the market is soft and they can get both on relatively cheap deals. They are also going to have to get a deal done with S Jamal Adams (68.06%). Many teams make the mistake of not extending a player upon executing a trade. The longer they wait here, the more it will cost, so I think that should be something they need to get done. They also have LB K.J. Wright (86.02%) entering free agency. He is over 30, and they are already paying LB Bobby Wagner (99.13%) over $30 million the next two seasons. He is still playing very well, but they are going to have to make some tough decisions, and Wright might end up being someone they have to let go. We saw them already release DT Carlos Dunlap (27.43%), saving over $14 million, so these decisions have already begun.

He has been really disappointing as a first-round pick. He has not been able to stay healthy or live up to his draft pick, so it is probably best for both parties that 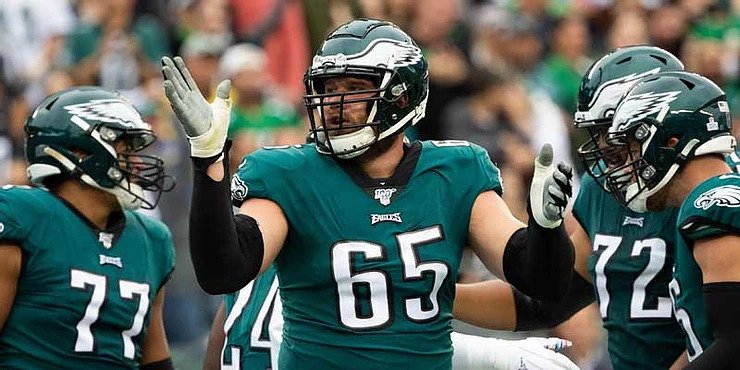