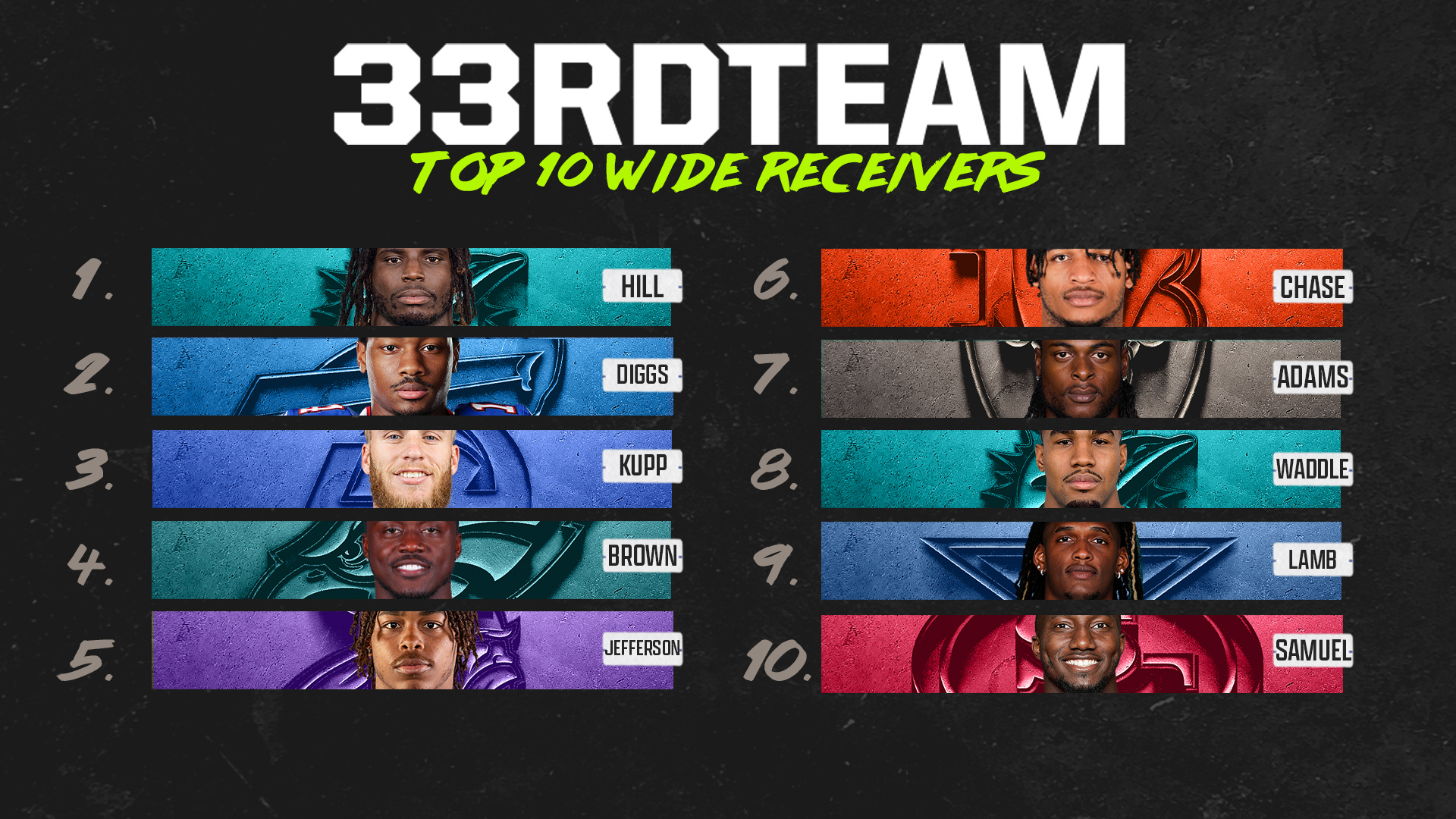 The 33rd Team’s weekly top-10 WR rankings are a snapshot of where the league’s best receivers are right now, taking into account the player’s recent production, health, and an evaluation by our scouting department, led by former NFL team executive T.J. McCreight and assisted by scouts Justin Casey, Kevin Cohn and Evan Pritt. (Explosive plays are catches of 20-plus yards.)

As the most explosive player in the NFL, Hill has a rare second gear that very few can match.

Diggs is currently tied for the lead in touchdowns with four. He is an exceptional route runner that can bend and break down in space. He understands how to set up his routes and work defenders.

Kupp leads the league with 26 first downs. He is an elite route runner with exceptional short area quickness who can snatch the ball on the run without gearing down.

Brown is currently third in receiving yards. He is a big, tough outside receiver with a good ability to high-point the ball and box out. He can go above the rim and uses his body to his advantage.

Jefferson sits at No. 2 in the NFL with seven catches of 20+ yards. He plays big and has mismatch qualities when he goes against smaller corners, flashing excellent body control with the ball in the air.

He is drawing attention to open things up for Tee Higgins and Tyler Boyd. With top-level size, speed, and athletic ability, Chase makes up for his drops with his threat of explosive plays.

Adams is currently second in targets and tied for third in touchdowns. He is a big, versatile receiver who can win in various different ways. He plays tough and has natural hands, which is aided by an exceptional catch radius to bring in anything thrown near him. He can do damage after the catch as well.

Waddle is currently fourth in yards per catch. He lacks ideal size but makes up for it with freaky athletic ability. He can score from anywhere on the field and has deceptive strength for a player his size.

After a tough first game, he has really stepped up for Cooper Rush. Lamb has very good size for the position and the ability to make some “WOW” catches. He is not a burner but has deceptive speed to pull away.

Samuel is Mr. Do it all and plays the position like a running back with outstanding run after catch skills. He has a strong lower body to break tackles and is capable of making big plays.