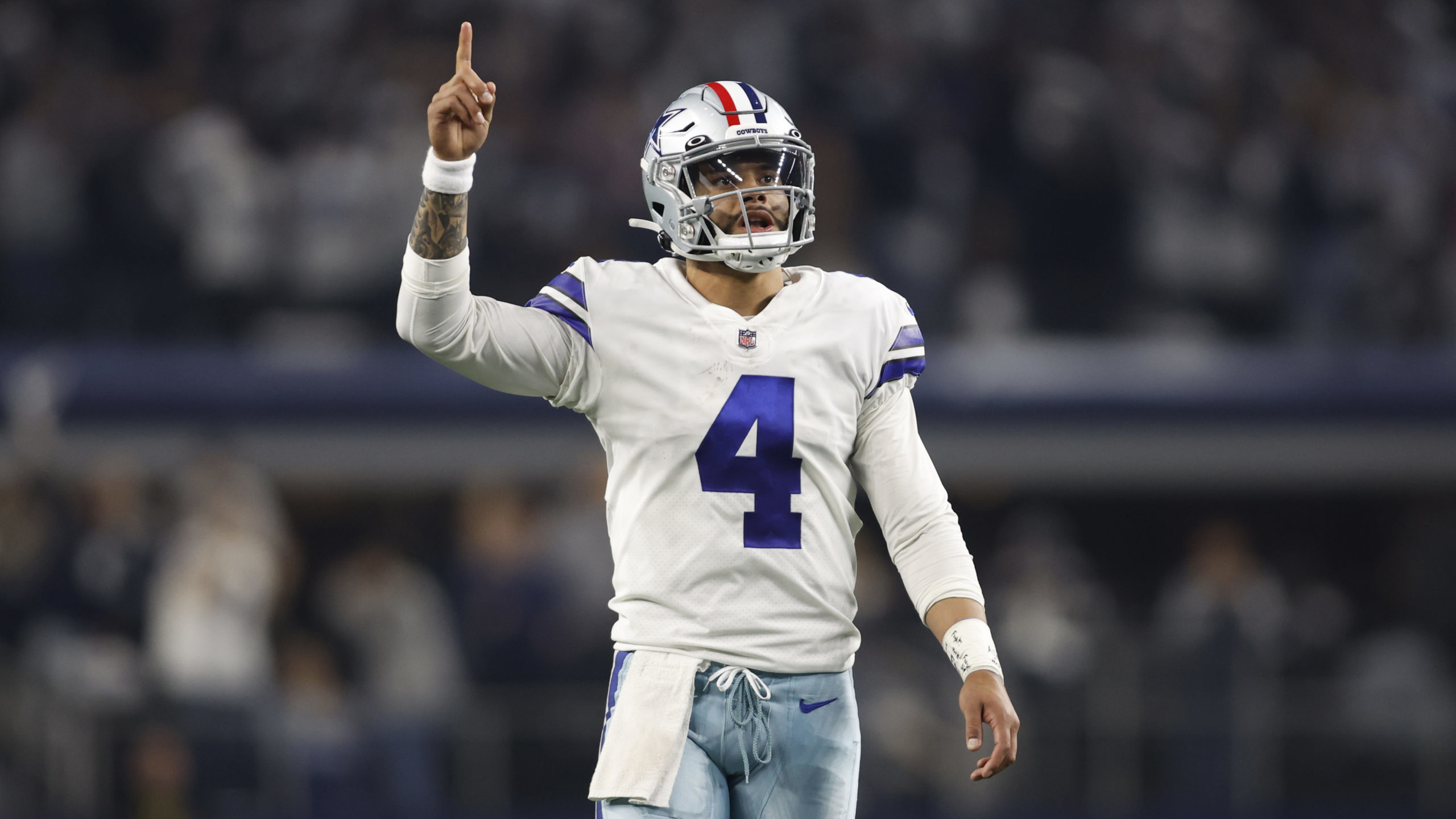 Marvin Lewis and Mike Zimmer dive into the Xs and Os of the Chiefs’ win against the Bengals. Zimmer explains how the Bengals’ defensive versatility allowed them to slow Patrick Mahomes down. But penalties helped Kansas City secure the win. Even though Joe Burrow, Ja’Marr Chase and Tee Higgins made explosive plays, the Bengals made too many mistakes in the other phases of the game.

Patrick Mahomes deserves a lot of credit for the Kansas City Chiefs’ win against the Cincinnati Bengals in the AFC Championship Game, but the unsung heroes of that game were their rookies says Matt Cassel and Marty Mornhinweg.

In the season finale of Cam’s Corner, Cam Jordan dives into the best sacks from Championship Sunday and gives his Super Bowl preview. Jordan breaks down sacks from the Eagles’ Haason Reddick, the Chiefs’ Chris Jones and more.

One day after Germaine Pratt‘s emotional outburst toward Joseph Ossai, the Cincinnati Bengals linebacker apologized to his defensive teammate, saying he was expressing “raw” feelings after a devastating defeat to the Kansas City Chiefs in the AFC Championship Game.

While walking to the locker room after his team’s 23-20 loss at Arrowhead Stadium, Pratt was captured on video lashing out at Ossai for an unnecessary roughness penalty he drew that led to the defeat. Within minutes of it being posted on social media, the video went viral.

“Why the f— would you touch the quarterback,” Pratt yelled, in reference to the game-turning penalty that Ossai took with 8 seconds left in the game. Ossai had pushed Chiefs quarterback Patrick Mahomes after Mahomes was scrambling out of bounds.

The 15-yard penalty put the Chiefs within field-goal range for Harrison Butker, who drilled a 45-yarder for the final margin — and a Super Bowl LVII berth.

“A guy making a mistake, over and done with,” Pratt said Monday. “I was emotional, I was in the moment, I was wrong. As a man, you can look at yourself in the mirror and say, ‘I was wrong.’ I wasn’t a great teammate at that moment.”

This is the type of incident that can be a turning point for a team. It can be something that galvanizes a roster and becomes a building block or something that tears it apart.

The early returns indicate the former is the direction the Bengals are headed. Ossai, a second-year player who moved to the United States from Nigeria in 2010, was crestfallen after the game. As he fielded questions from the media on Sunday night, defensive lineman B.J. Hill stood by to provide support.

This was the scene at Joseph Ossai’s locker with BJ Hill stepping in to provide support https://t.co/8vn1OOlhOQ pic.twitter.com/nbUnoCkzfp

“It was great to know I had the support of my teammates,” Ossai said through tears. “I’ve just got to learn from experience. I’ve got to know not to get close to that quarterback when he’s close to that sideline, and if it’s anything that could possibly cause a penalty in a dire situation like that. I gotta do better.

“I was just in full-chase mode, I was trying to push him to maybe get him to go backward and get that clock running. I haven’t seen it yet. I didn’t know how far out of bounds we were.”

Dean Blandino, the NFL’s former vice president of officiating and an analyst for The 33rd Team, said the penalty call was justified.

“Great job by the officials making that call,” Blandino said. “And don’t tell me you can’t make that call in that situation. If it’s a foul in the first quarter, it’s a foul in the fourth quarter. You have to make that call. By not making that call, you are deciding, or really affecting, the outcome of that game. And that was a good call by the officials in that situation.”

Hill had the present — and the future — in mind when he spoke with Jade McCarthy of The 33rd Team on Monday about why he felt compelled to stand, literally and figuratively, with his beleaguered teammate.

“I just knew he needed someone beside him right there,” Hill said. “He played his butt off the whole, entire game. He just felt like the whole game was on him, but it really wasn’t.

“I just knew he needed somebody to step up and be a leader and just somebody to be there for him. I was that guy, and I knew right when the media came in who they were going to target, and I was like that ain’t gonna happen on my watch today. I’ve been in a situation where you feel like you should have made a play.

“I just want to be there for him, just let him know that I care about him, that he’s gonna make big plays for us next year.”

Analyst Rich Gannon of The 33rd Team noted that Ossai is far from the first player who has experienced the feeling of letting his teammates down, and added it’s important to remember Ossai’s overall play Sunday was impressive. He had five tackles, including two for a loss, both late in the fourth quarter.

“He played a really good game, and he’s been a valuable contributor to that defense,” Gannon said. “And you know, you feel for him because at times … you see that quarterback run, you’re just trying to get your hands on him, and sometimes you lose track of the boundary. He’s trying to push him out of bounds. He’s trying to catch him, and he just loses track of where he’s at on the field.

“I don’t think his intention was a cheap shot on Patrick Mahomes to knock him down, he’s just trying to make a play. It’s a learning experience. It’s an unfortunate experience. My message to him would be, ‘Look, we didn’t lose this game because of you.’ “

As a coach, there is a delicate balance. If you don’t encourage the player, you risk losing him emotionally going forward, said Dave Wannstedt, a longtime NFL coach and analyst for The 33rd Team.

“He was hustling,” Wannstedt said. “As a head coach in that situation, if he’s a player you like and he’s gonna be with you, which he is, you have to encourage him because let me tell you something, the players, you don’t have to go in there and correct him or say that was a late hit or why did you do that? He knows it. He’s gonna walk in that locker room and those players are gonna look at him, and I’m sure somebody might say something.

“If’ he’s one of your guys, as costly as it was — and there’s never just one play — everyone’s gonna say this play cost us the game.

However, this also can be the type of incident that gnaws at a team, particularly given when it occurred and what was on the line when it happened.

Longtime NFL running back Chris Johnson, an analyst for The 33rd Team, believes it would be tough for teammates to get over something like this because there has to be accountability. Johnson said many players would take a bottom-line approach to the situation.

“I don’t care how you’re feeling,” Johnson said. “You cried in the locker room. You deserved all the backlash you got because there’s no way you can make a boneheaded play like that. … And that right there lost them the game.

The unnecessary roughness penalty on Cincinnati Bengals defender Joseph Ossai for pushing Patrick Mahomes after the quarterback was out of bounds was correct, but Dean Blandino explains why the Kansas City Chiefs got the benefit of the doubt on a couple of other fourth-quarter calls during the AFC Championship.