On the Clock: Los Angeles Rams 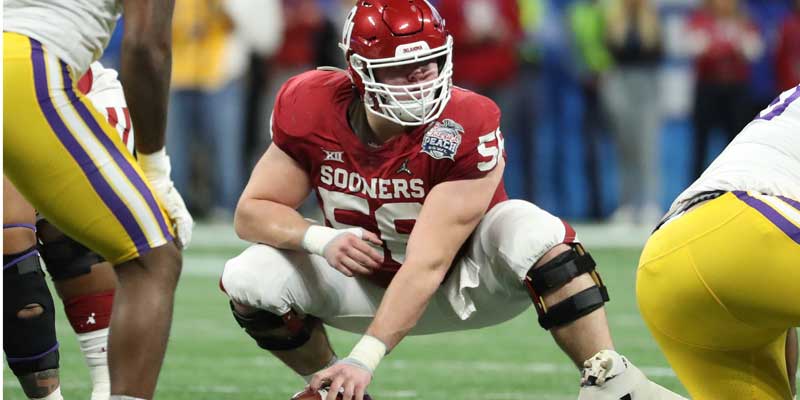 After posting a 10-6 regular-season record, the Los Angeles Rams made the playoffs yet again under head coach Sean McVay. L.A.’s season came to a close at Lambeau field when they suffered a 32-18 loss to Green Bay in the Divisional Round. The Rams’ No. 1-rranked defense was not enough to stop MVP Aaron Rodgers and the high-powered Packers offense.

As the season wrapped up, many questioned whether or not Jared Goff would return as the Rams starting quarterback. That question was answered when the tesam dealt Goff — along with two first-round picks and a third-round pick — to Detroit for quarterback Matthew Stafford. This isn’t the first time L.A. has shelled out first-round selections for proven NFL talent. Between the trades for Stafford, Jalen Ramsey and Brandin Cooks, the Rams are in the middle of a seven-year stretch with no first-round picks.

There is plenty of work to be done in LA – getting under the salary cap will take some strategic cuts and contract restructuring. Much of their top talent — including Aaron Donald, Ramsey, Cooper Kupp and Robert Woods — have contracts that carry significant dead money (the four combined total $105,367,000 in dead money).

Some quick draft history. The following are the Rams’ last five years’ worth of players the Rams have drafted in the second-round:

The Rams have not selected in the first-round since the 2016 draft, when they selected Goff. L.A. has found a way to maximize both their second- and third-round selections — this will have to continue.

The Rams’ are about $35 million over the cap for the 2021 season, not including any of the possible trade or cut candidates listed above. The only team in the NFL with a tougher salary cap situation right now is New Orleans.

Here are four prospects the Rams should consider at pick No. 57 in second-round of the draft:

Why: The Rams’ offensive line will likely see some reshuffling in 2021. Their current center, Austin Blythe will become a free agent in the coming days. After a solid performance last season, it is unlikely Blythe will want to settle for another one-year deal. With the tight cap situation, L.A. will have to decide whether they can afford extending Blythe to a long-term deal.

Deferring to the draft might be the best option for the Rams. Creed Humphrey is an experienced player, with 39 collegiate starts under his belt. While he doesn’t possess a great punch, he is able to win with solid footwork. He has good size for the position and can recover well. Playing in a system where he was mostly snapping the ball out of shotgun, the question remains as to his ability to snap the ball under center.

Why: The Rams’ linebacker corps wasn’t a strength during the 2020 season. Micah Kiser suffered injuries, Troy Reeder was sufficient but not a difference maker when he took over the starting role, and Kenny Young didn’t jump off the page, either. Adding a linebacker who can match up against tight ends or running backs in coverage would only bolster the Rams’ No. 1-ranked defensive unit.

Cox has a long build for the linebacker position, with potential to add more weight to his frame. He played a full slate of games in each of his four seasons at LSU, only missing one game in his entire collegiate career. Cox would add immediate third-down value to the Rams’ defense due in part to the way he was utilized at LSU. He has the experience and ability to play in coverage situations at the next level. While he can be seen sometimes struggling at the POA, he is solid in the run game and will develop into a starting linebacker role in the NFL.

Why: Leonard Floyd is set to be a free agent this season. Floyd outperformed expectations during 2020, appearing in all 16 games and recording 10.5 sacks, 31 solo tackles, 19 QB hits and 1 FF. Posting numbers like that will most likely result in a payday for Floyd, but unfortunately for the Rams, they probably won’t have the funds to keep him around. L.A. may be better off finding and developing a talented EDGE player coming out of this year’s draft, since they won’t be able to bid against other teams in a free-agent market flooded with EDGE talent.

Oregon State EDGE player Hamilcar Rashed Jr. could be a good fit for the Rams. Rashed is a stand up EDGE player who fits the mold of a 3-4 OLB. His motor stands out both in the pass and run game. Rashed has the ability to read the offense and break down their plan of attack. He can be seen struggling against bigger tackles who are able to win with pure strength. With more experience and development, Rashed will be able to develop into a four-down player at the next level.

Why: The wide receiver position isn’t a pressing need for the Rams, but it wouldn’t be surprising if they added depth to the group if the value is right. Josh Reynolds will be hitting the free agent market. Kupp, while a playmaker when on the field, has had his fair share of injuries. Bolstering the passing attack for Stafford might make all the difference for L.A.

At 6-2, 215 pounds Sage Surratt has great size and speed to play the wide receiver position at the next level. Time and time again, he has shown the athleticism and ability to make contested catches, while also flashing constant run after catch ability. The concern with Surratt comes from a history of injuries and lack of polish running routes. With a strong week of Senior Bowl practices, Surratt could be climbing draft boards for teams across the NFL.