With only a week left in the NFL regular season, 13 teams have been eliminated from playoff contention and another five will be added over the weekend. Those teams should already be turning their attention to the 2023 NFL Draft, which boasts some strong talent across the board.

The Texans are closing in on the draft’s first pick. Will they select their next franchise quarterback? Or will they look to add a top-end defender like Jalen Carter or Will Anderson?

Let’s get into the selections, but a few notes first: With a month layoff, he played an outstanding game in his final appearance for Alabama in a game that many players in his position may have opted out of to prepare for the draft. Young officially declared for the draft on Monday.

He didn’t have the best 2022 season, but in the Sugar Bowl, he showed how he can impact a game even if it didn’t show up on the stat sheet.

Seattle may find it hard to re-sign Geno Smith at a reasonable price. Stroud flashed some movement skills in his team’s CFP loss to Georgia that we have rarely seen from him. The Seahawks can’t pass an opportunity to secure their QB future.

Arizona would be elated if the draft falls this way. They need impact players on defense, and Carter will slide in nicely with the recent retirement of J.J. Watt.

Once again, Levis slots into the Colts, who are looking for their next QB1 after cycling through Matt Ryan, Nick Foles and Sam Ehlinger this season.

They got their edge rusher last year, and they need to improve their run defense, where they rank 30th in the NFL. Bresee should help them there. The Falcons are in a good spot to take the best edge rusher available. Wilson is a versatile player who is on the rise. 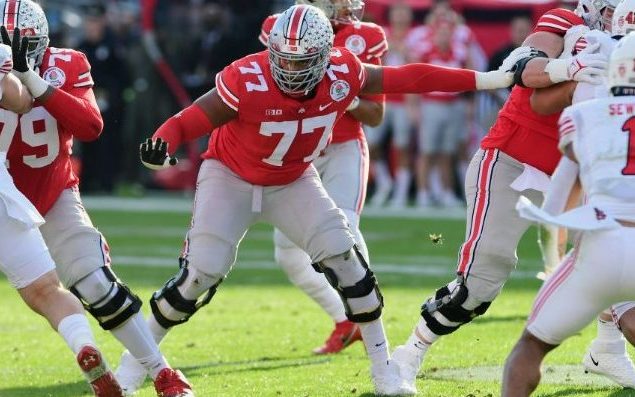 Whoever is the QB in Las Vegas needs some building blocks up front, and Johnson would be a great one. He would pair nicely with right tackle Kolton Miller, giving the Raiders bookends on the outside. Last year, they picked a bookend tackle. This year, they pick up another starter at a premier position. They missed the presence of Haason Reddick opposite Brian Burns this season. 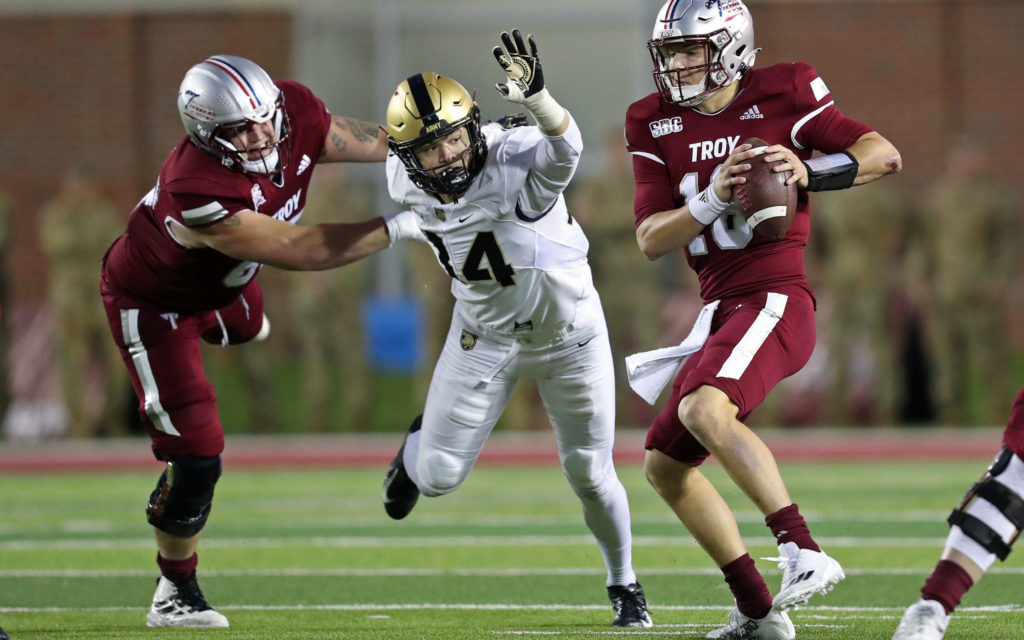 GM Howie Roseman can afford to look to the future. He adds a pass rusher with some rare traits who they don’t have to rely on from Day 1.

Johnston can turn a game on one play, which is what he did with his long touchdown against Michigan. The Titans are missing that type of impact player without A.J. Brown. You can never have enough corners in today’s game, and Houston gets the best one in this year’s draft to pair with Derek Stingley Jr. on the other side. The Jets are likely to pick up a veteran QB in free agency, and they need to bolster the OL, where they relied on 37-year-old Duane Brown and journeyman George Fant this season.

The Commanders’ late-season swoon not only knocked them out of playoff contention but puts them in a spot to grab some hope at QB in Richardson, who possesses all the physical skills you could want. We’ve had this slotted in for quite a while with Porter going to his Dad’s old team. It’s not just a good story as Porter Jr. fills a need for the Steelers.

The Packers continue to stockpile young talent on the outside. He would pair nicely with Christian Watson and comes in as a polished player. The Lions are giving up almost 300 yards passing per game, and Gonzalez is arguably the best corner in the draft this season. The Miami Dolphins forfeit the 18th pick in this year’s NFL Draft.

With Jordyn Brooks going down with a torn ACL over the weekend, the need in the middle of their defense just increased. Simpson has some versatility, so he can help fill in without Brooks and play in tandem with him when he returns.

They have a lot of weapons on offense surrounding Trevor Lawrence, but they have to protect him, and RT Jawaan Taylor is a pending free agent.

Hyatt would look nice opposite Mike Evans and give them a real vertical threat.

Smith can rush off the edge and looks natural dropping. He would provide a versatile chess piece for Bill Belichick.

If the Giants elect not to franchise Saquon Barkley, how fortunate would they be to replace him with Robinson?

The Ravens love players with instincts and swagger, and Forbes has the ball production and attitude that they would covet. The Chargers continue to build around QB Justin Herbert and give him a quick explosive target in Downs.

Eli Apple is a free agent, and Witherspoon is a plug-and-play corner with the instincts and intelligence to start from Day 1.

The Vikings rank 31st against the pass, so they have to take the next best available corner.

The Cowboys might have to let Tony Pollard walk in free agency. Gibbs can replace that big play ability in a rotation with Ezekiel Elliott. Jordan Poyer is a free agent and Micah Hyde is 32 and has been injured. This is a need pick but also the right spot for the first safety to go in the draft.

Travis Kelce will be 34 years old next season. Kincaid would give the Chiefs an athletic TE who can play alongside and learn from Kelce.

The Eagles continue to reload on defense taking the sixth corner in our mock draft. The team has benefitted greatly from the play of veterans like Darius Slay and James Bradberry, but eventually they’ll need some youth in that room.