Frank Reich was fired as head coach of the Indianapolis Colts in early November. This is Part 2 of a two-part series in which Reich shares his thoughts on being fired and his hopes of landing another opportunity.

For me, that approach started with my parents, who were both high school coaches. My Dad, who coached football, used to tell me a million times, “It’s about the whole person.” I saw him live that out. I saw his players over at his house. I saw them come back years after they were done playing, and he still mentored them in significant ways in life.

I saw the same thing with my Mom as a track coach, a field hockey coach and a cheerleading coach. I saw my parents love their sports. I saw them work hard at their sports. But I also saw them dive into the lives of the people they were coaching.

Then, with the Buffalo Bills, I had the great fortune of playing for someone like Marv Levy, who demonstrated that in such a great way. The same thing with Bill Polian, who was the GM. These men were not only mentors, but they just invested in your life.

So, it all comes down to relationships. We all love to win. We’re all going to push our hardest to win. We have to demand the most of each other. But I just believe the way you can bring the most out of somebody is when they know you care. That’s got to be there because players can figure out when it’s real and when it’s not. 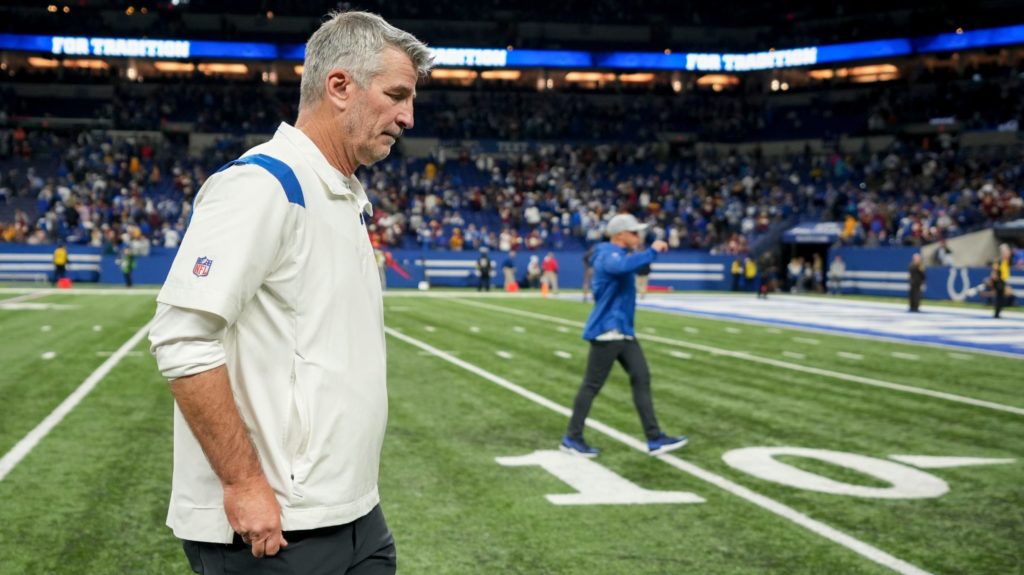 Being Fired is Heartbreaking

For me, being fired was painful. It was agony. And it should be. When you pour your heart into a vision, into the people, into the process and get fired, there’s nothing fun about it. As a player, and as a coach, you have successes, you have failures, and one of the great things about sports is being forced to face your failures. We tell players all the time, “Hey, in this game, there’s no place to hide. Everything is out in the open.”

Because we’ve all been down this road before and been through a few ups and downs of life, even though you’re hurting to the core of your soul, you also still have this hope and this optimism this is just a step. This is not the final chapter. This is just an opportunity.

Now, I’ve just been preparing for my next opportunity. We put four and a half years of a body of work together I’m proud of. We won a lot of games. I say we because it truly is we. You’re the head coach, but it’s the staff, it’s the players and it’s the whole organization. It didn’t work out this year, but in each of the four previous years, we seemed to have a knack for getting better in the second half of the year. I was hoping we could have ended it with a division championship this year, but that opportunity didn’t come.

I’ve just been crystallizing my thinking, re-establishing and going into different situations. What’s the offensive, defensive and team identity? What’s the vision that we’re going for?

And what are the core values? For me, as a head coach, we built it upon three things: Trust, toughness and team. Those core values are going to stay with me wherever I go. I believe deeply in them. I think they’re foundational. You maintain your conviction. You don’t let the fact that this didn’t end well change anything. It normally doesn’t end well in the NFL at some point. Ready for Phone to Ring

After you go through what you go through, I don’t presume you’re going to get another opportunity or an interview. One thing I know – and I learned this from the last time – my wife, Linda, and I use the phrase, “We’re not going to chase after the wind.” I feel like we put a good resume out there and put a lot of good work out there. If I get the opportunity, I’m confident in that.

But I understand there are a lot of great coaches out there. There are a lot of exciting candidates out there who are good coaches as well. You learn in this business to root for coaches. I’m not wishing ill will on anybody. I’m confident in who I am and what we bring to the table as far as a vision of philosophy and systems to get a football team to a championship level.

Frank Reich was head coach of the Colts from 2018 until his dismissal on Nov. 7, 2022. On the way to a record of 40-33, Reich led Indianapolis to two playoff appearances. Reich played quarterback in the NFL for 13 years, then began a coaching career that included stints as offensive coordinator of the Chargers and Eagles. He helped Philadelphia win a Super Bowl in the 2017 season.