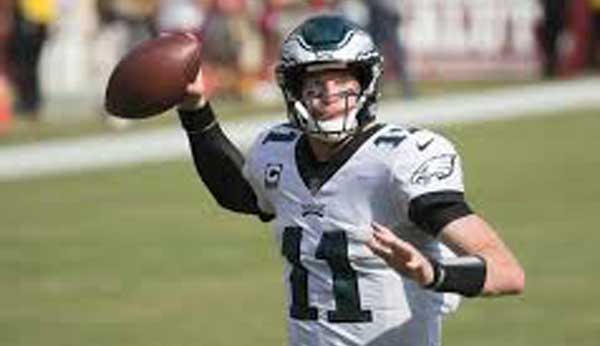 Here are some interesting nuggets from Week 6 in the NFL:

The Titans could go as far as Derrick Henry is willing to take them.

Tennessee entered its Week 6 matchup against a Houston defense that was 31st in rushing yards per game, allowing over 160 yards on the ground. Without starting LB Benardrick McKinney who was placed on season-ending IR with a shoulder injury, the Texans particularly struggled to contain Henry early. After the Texans forced a three-and-out on the Titans’ first drive, which featured two incompletions from Ryan Tannehill, the rest of the game became the Derrick Henry Show. Tennessee scored touchdowns on their next two drives to jump out to a 14-0 lead. Henry was particularly effective on those drives, rushing eight times for 62 yards and accounting for over 40% of their offensive production. Henry added five carries for 23 yards on the Titans’ next drive to help Tennessee take a 21-10 lead at the half. In the first two quarters, the Titans ran the ball with Henry on nearly 60% of their first downs, which resulted in 83 yards, by far his most prolific first half thus far in 2020. After two failed field-goal attempts and a fumble to start the second half, the Titans found themselves trailing and backed up at their own 6. Going right back to the well, Tennessee gave the ball to Henry again, who gashed Houston’s defense up the middle for a 94-yard touchdown. Houston would retake the lead on two excellent drives by Deshaun Watson, but the Titans quickly answered as Tannehill found A.J. Brown in the back of the end zone with seconds remaining. Overtime was more of the same for the Titans, who continued to ride their All-Pro back. Henry touched the ball on four of their six overtime plays, including a huge 53-yard swing pass and a direct snap run on third-and-goal to complete the comeback win. Overall, Henry had 16 carries for 196 yards on first downs, averaging over 12 yards a carry. Also, the Titans .44 rush EPA/play and .92 rush EPA/play in the second half were both far and away the best from any team on Sunday.

No team entered Sunday with more offensive injuries than the 1-3-1 Eagles. Alshon Jeffery (foot) has yet to take the field in 2020 while DeSean Jackson (hamstring) had not played since Philly’s Week 3 tie against Cincinnati, the same game the Eagles lost tight end Dallas Goedert to a broken ankle. First-round pick Jalen Reagor (thumb) has also not played since Week 2. Philadelphia’s offensive line has been even more decimated than their skill positions. Starting guard Brandon Brooks was lost for the season after tearing his Achilles in June, while new starting left tackle Andre Dillard was lost early in camp with a torn bicep. His replacement, future Hall of Famer Jason Peters, who was originally brought back to fill in for Brooks, was placed on IR with a toe injury. Right tackle Lane Johnson was also out Sunday as he continues to battle an ankle injury that has hampered him all year. Starting left guard Isaac Seumalo (knee) remains on IR. To make matters worse, fill-in guard Matt Pryor was placed on the COVID list, causing him to miss Sunday’s game, and fill-in right tackle Jack Driscoll left the game early and would not return.

Not surprisingly, the Eagles struggled to move the ball against one of the best defenses in the NFL in Baltimore. They opened the game with three straight three-and-outs and QB Carson Wentz fumbled on the first play of their fourth drive. Their next two drives featured two more three-and-outs, causing Philly to fall behind 17-0. The Eagles final two drives of the half ended in a turnover on downs and a missed field goal, respectively. Overall, the Eagles managed just 10 yards in the first quarter and under 100 yards in the first half. Wentz particularly struggled in the first half, completing just 50% of his passes for 54 yards. The Eagles struggled to contain the Ravens’ pass rush. The Ravens blitzed Wentz eight times (on his 17 passing plays), resulting in 2 sacks and only 2 completions netting 3 yards.

Led by Wentz, the Eagles found life in the second half. Wentz was 14-for-26 for 159 yards with 2 passing TDs in the second half. Philly was also aided by the Ravens’ decision to play more conservatively, only blitzing on eight of 29 passing attempts. Off those eight blitzes, Wentz was much better, completing five passes for 90 yards and a TD. Despite this, the Eagles ended up falling to the Ravens after a failed two-point attempt that would have tied the game with under two minutes remaining. To add to the Eagles’ slow start, Miles Sanders (knee) and Zach Ertz (ankle) both left the game early and are expected to miss time following MRIs.

Without Dalvin Cook, Minnesota struggled to find an identity

Arguably no team has been more disappointing this year than the Minnesota Vikings, who entered Sunday with a 1-4 record. One of their few bright spots, Dalvin Cook, who entered Week 6 leading the NFL in rushing and rushing TDs by a large margin, was inactive following a groin injury suffered in Seattle. So far in 2020, Cook has been the catalyst of an otherwise bad offense. Without Cook, Minnesota had a hard time establishing their running game. Backup running back Alexander Mattison managed just 26 yards on 10 carries, with only 12 yards coming on his six first-down carries. Kirk Cousins was also abysmal in the first half, completing just 8 passes for 102 yards and throwing 3 INTs. The Vikings trailed 30-9 at the half. Minnesota had one of the worst first-half down success rates from Sunday, gaining half the required distance on just 38% of their plays. Their -.91 passing EPA/play in the first half was also nearly .4 worse than any other team. Fortunately for the Vikings, they have a bye next week and a chance to get Cook healthy before facing a Packers team that allowed 158 yards on the ground to the Bucs this week.

Last year in the Wild Card playoff round, Titans head coach Mike Vrabel made headlines by utilizing a loophole to run extra seconds off the clock. Up 14-13 against New England and forced to punt with 6:33 remaining, the Titans took a delay of game penalty. Under the rules, the clock runs if a penalty occurs outside of five minutes remaining in the half. The clock started again and instead of taking a delay of game, Tennessee committed a false start with just seconds remaining on the play clock. The clock continued to tick towards five minutes. Under the rules, consecutive delay of game penalties result in an unsportsmanlike penalty, so Vrabel utilized the false start to allow the Titans to run time off the clock without suffering an unsportsmanlike penalty. They would eventually punt with just under 5 minutes remaining and escape Foxborough with a win.

On Sunday, the Titans were trailing Houston by a point with Houston driving to seal the game. Houston had second-and-1 on Tennessee’s 25 with 3:08 remaining. Assuming they had two running plays to pick up the first down and keep the clock running, Vrabel intentionally sent out 12 men for the second-down play. The refs flagged Tennessee for too many men on the field, setting up Houston with a first down at the 20 — but with a stopped clock (under 5 minutes remaining). Houston would score six plays later, but failed on a 2-point attempt. Tennessee got the ball back down 7 with 1:50 remaining. The seconds proved to be huge for the Titans, who scored with just 4 seconds remaining before winning the game in OT.

*On the broadcast, you can see Joseph confused with Vrabel sending in 12 men and Vrabel ensuring him that it is okay. Credit @MikeMiracles for the find.

A few takeaways from others games:

Green Bay @ Tampa Bay: The Bucs defense was dominant against Aaron Rodgers and the Packer offense. They held Green Bay to under 3 yards per passing play with 5 sacks and a 45% completion percentage. After taking a 10-0 lead, the game changed with two straight possessions with a Rodgers’ pick- one was returned for a touchdown and the other was returned to the two with Tampa punching it in the next play. The Packers had seven straight punts to end the game (five three-and-outs). Brady only had 166 yards but had 2 TD passes and did not turn the ball over. With Chris Godwin and Mike Evans ailing, he also redeveloped his connection with Rob Gronkowski, who had 5 catches for 78 yards and a TD with the highest target share on the Bucs. In the second half, Green Bay managed only .2 yards per passing play.

Chicago @ Carolina: Thin at running back, the Bears passed on 73% of first-half plays, taking a 13-6 lead. Foles averaged 6 yards per pass while the Bears only averaged 1.9 yards on their seven runs. The Bears defense also held Teddy Bridgewater to only 3.4 yards per pass in the first half. In the final two quarters, the Bears forced two turnovers to help seal the win.

Cincinnati @ Indianapolis: Indy fell behind 21-0 before their first possession of the second quarter. They would score three straight touchdowns before halftime, passing on 84% of plays and averaging 11 yards a throw. In the first quarter, Philip Rivers was 4 of 5 for 32 yards but only 1 air yard. In the second quarter, he was 14 of 21 for 156 with an ADOT of 9. The Bengals opened the game with three straight touchdowns, before going seven straight possessions to close the game without finding the end zone. (2 FGs, 3 punts, missed FG, INT).

Cleveland @ Pittsburgh: In their second game without Nick Chubb, the Browns had their worst showing since Week 1. After four straight weeks with over 30 points, Cleveland managed only 7 points. Baker Mayfield has thrown two picks in two straight games after not doing so the first quarter of the season. The Browns also had the worst rushing and passing EPA per play on Sunday. Before being benched, Mayfield was 10 of 18 with 118 yards with a QBR of 5.4. Cleveland’s 4.5 yards per passing play was only better than PHI (3.6), NYJ (3.1) and GB (2.6).

Denver @ New England: New England was averaging over 7 yards a pass in the first half and only 3.2 yards per carry but had a 50/50 run-pass split. They also ran it on 50% of first half first downs. In the second half, they averaged 6.2 yards a rush and only 4.2 yards a pass. They passed on nearly 60% of plays and 70% of 1st downs. Newton also threw a pick in each half. Denver and Detroit were the only teams from week 6 to run it more than 50% of the time in both halves.