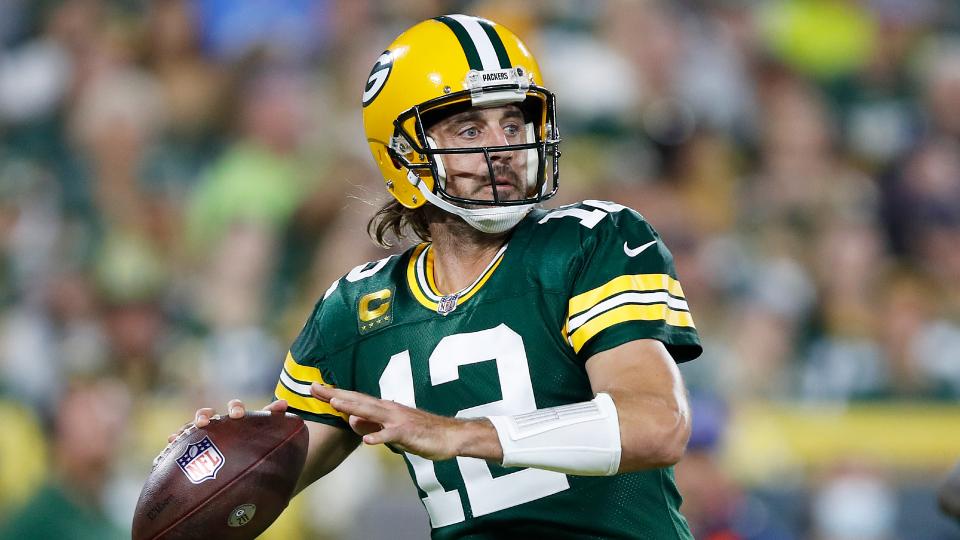 After the Green Bay Packers lost to the Minnesota Vikings in week one, they host the Chicago Bears on Sunday Night Football. Will the Packers get things back on track by beat their division rivals?

“Against the San Francisco 49ers, they did a good job. The Bears offense didn’t beat themselves. Bill Parcells always said more games in the NFL are lost than won and there is a lot of truth to that. Justin Field and the offense did not beat themselves.” -Koetter

The Packers Have a Perfect Opponent in the Bears

“I expect this defense and Green Bay defensive coordinator Joe Barry to bounce back. They will anticipate the offensive line issues in Chicago which are well documented, load up, and stop those guys to try and keep Justin Fields contained.” -Pagano

“When I watched the tape, Aaron Rodgers was throwing out there sometimes when he didn’t need to. If they would have just handed the ball off, they probably would have done better. Rodgers says after the game that he isn’t going to change the way he plays the game. He is a two-time MVP and I’m a huge Rodgers fan, but until they get those receivers where they want them on the perimeter, I don’t think there’s anything wrong with leaning on that run game.”—Koetter