Could Tom Brady’s 49ers end up facing off with Aaron Rodgers‘ New York Jets in Super Bowl LVIII? Marty Mornhinweg and Matt Cassel discuss this wild NFL conspiracy theory and whether or not it could become a reality. There is a sea of speculation about whether Aaron Rodgers will return to the Green Bay Packers, retire or get traded, so the St. Brown brothers – Detroit Lions wide receiver Amon-Ra and Chicago Bears wide receiver Equanimeous – brought on a special guest who knows the future Hall of Fame quarterback quite well.

Lions running back Jamaal Williams was a teammate of Rodgers for four seasons in Green Bay, the same amount of time Equanimeous spent with the quarterback in Wisconsin. Both players have since moved on to other teams in the NFC North, where they face the Packers twice per season.

Here’s their discussion, including possible landing spots for Rodgers should he eventually get traded, as well as the quarterback’s reported lack of interaction off the field with his young receivers:

Amon-Ra: I’ve never played with him. I know I’ve met him once, but never played with him. You guys have been in the locker room with him for multiple years, and I’m sure you’ve heard the rumors of Aaron Rodgers about to go to a different team. He might leave this time. The other report says he’s going to an AFC team. What do you guys think Aaron Rodgers is gonna do? I mean, you guys probably know him better than anyone watching this, better than me. What do you guys think he’s gonna do? Equanimeous: And I’ll say I’m not sure, man. You know, he’s a great quarterback, a great teammate to have.

Equanimeous: So wherever he goes, you know that he’ll be winning games. It’s toward the end of his career, you know, he’s having fun, he’s enjoying playing football. You know, that’s all that matters. I know he’s gonna want to go to a place where there’s a good chance to win a Super Bowl, that’s all that matters at this point. So I have no idea where he’s gonna go. I think the Raiders would be a good fit, too. So we’ll see. I’m not sure.

Jamaal: But he’s a cool dude, man. I more so like him just for the professional part. He’s going to make sure you are professional doing your job like what you’re supposed to do. That’s why I feel like he has reached this level. You don’t get to be at this level for so long by lollygagging, and bullshitting all the time. That’s why I’m grateful for being in that locker room for four years and seeing how Marcedes [Lewis] played the game, how Aaron played the game, and how David Bakhtiari played the game, and Mason Crosby. Isn’t Aaron older than Mason?

Equanimeous: Yes, yes, he is.

Jamaal: He is, yeah. In general, just watching them being vets and how they go about their business is literally how I learned how to stay successful, and how to have longevity in my career in the business of playing football.

Amon-Ra: Like I said, I met him last year at a charity 7-on-7 event. The first time that I met him, he was cool, man. He told me that I had a great season and wished me the best of luck next year. So, from everything I hear, he’s a great dude. A lot of people just like to talk (about how he doesn’t interact with younger players). It’s crazy, but for all people I’ve talked to that know him, he’s an awesome dude, teammate, and awesome person.

Amon-Ra and Equanimeous St. Brown chop it up with the former’s teammate Jamaal Williams, touching on multiple topics including their favorite rappers, favorite anime series, playing with Aaron Rodgers, and more. 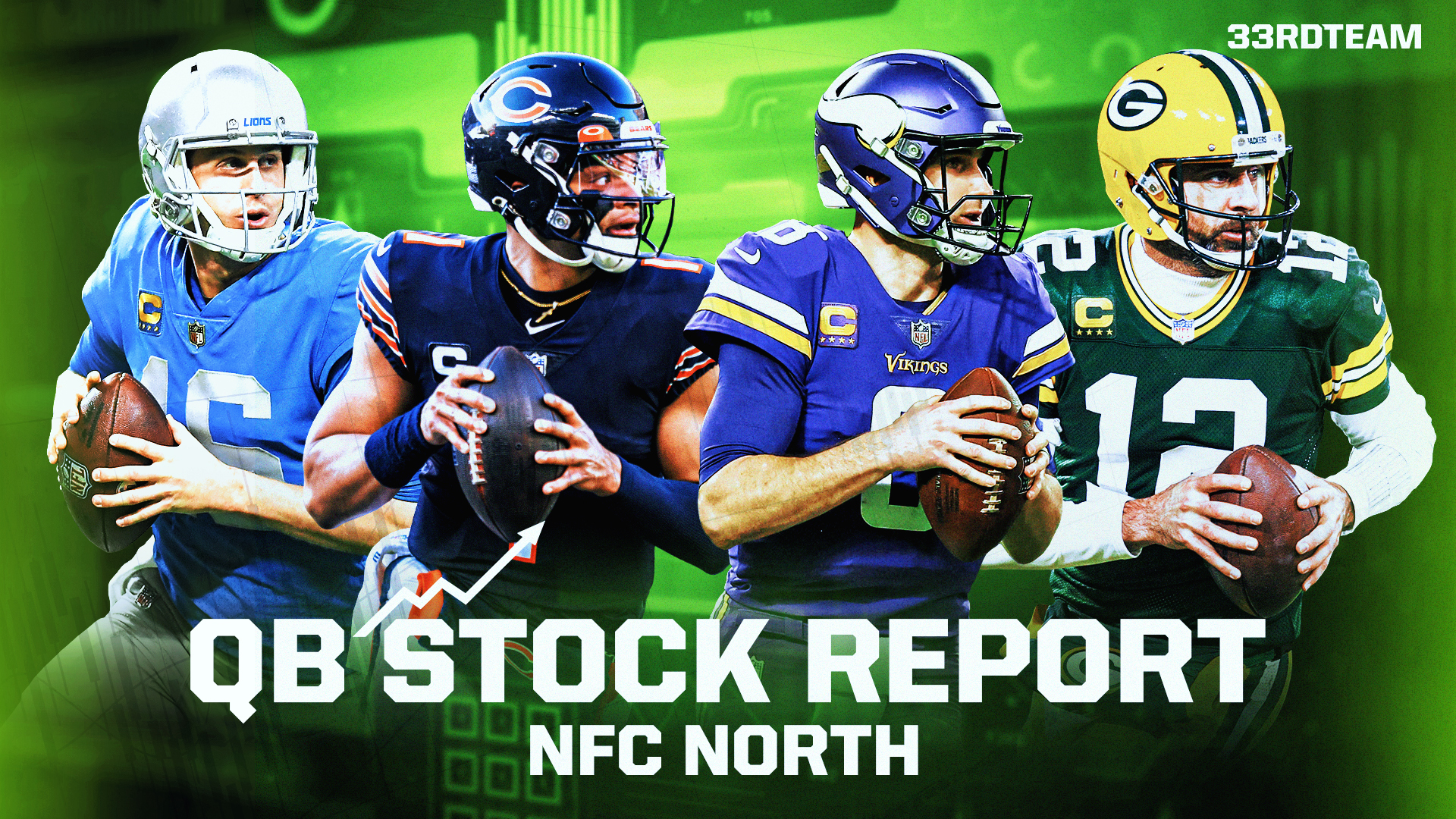 Former league MVP Rich Gannon breaks down the quarterback situations of every NFL team. This is the fourth of eight divisional breakdowns. In the NFL, the search for that elite quarterback never ends. If you have one, life is great. And if you don’t, you quickly better find one — or soon enough, you will […] A week after missing the playoffs for only the fourth time in his 18 NFL seasons,  Packers quarterback Aaron Rodgers did not commit to returning to Green Bay or another team for the 2023 season. “I just need some time right now,” Rodgers said on the Pat McAfee show Tuesday. “I’m either all in or […]

The New York Jets are in the market for a veteran quarterback, team owner Woody Johnson told reporters on Thursday.

Johnson was asked about the team’s quarterback situation and whether or not a veteran at the position could be the difference-maker in the team securing a 2023 playoff berth.

“Absolutely,” Johnson said. “We’ve got a cap, so there’s an amount you can spend. But, yeah, yeah. That’s kind of the missing piece.”

The Jets felt their quarterback situation was secure heading into the 2022 NFL season with Zach Wilson, the No. 2 overall pick in the 2021 NFL Draft, under center and ready to take a leap in his development. Wilson’s inconsistent play, however, left the team desperate for more stability at QB.

“We are going to be aggressive as heck when it comes to quarterback play, and making sure that we do everything we can to satisfy that position,” Saleh said. “Do I want to be as arrogant as to say I think this is plug and play where we’re going to get better? When you can run the ball, you have good special teams and you have a top-five defense, you’re supposed to be in the playoffs.”

Wilson’s play was so poor that Laveranues Coles, a former Jets receiver and an analyst for The 33rd Team, who had been pleading for patience with the young quarterback throughout the season, has come around on his thinking recently. He sees Johnson speaking up as encouraging words that things are about to take a different course.

“Mr. Johnson, when he pokes his head up, it’s like, ‘Hey, brother, something’s got to change,'” Coles said.

Wilson was benched multiple times during the season for backup quarterback Mike White. However, the Jets lost their last six games and missed the postseason after starting 5-2.

Former Jets receiver Wayne Chrebet, an analyst for The 33rd Team, thinks change for the Jets is good, especially if it results in his old team landing a difference-making quarterback.

“They’ll spend the money, and if there’s a little chance you can get someone like Lamar Jackson, and he’s someone who is available, they’ll go after him,” Chrebet said. “They went after Tyreek (Hill, in free agency).”

“That’s why they’re raising ticket prices,” added Coles. “Because they need to go get Lamar.”

Jackson isn’t the only notable name potentially available in the offseason. Johnson’s comments came on the heels of QB Derek Carr’s announcement he would be moving on from the Raiders. Carr is seeking a new team and new city to commit to, and believes he has more to offer.

“That fire burning inside me to win a championship still rages,” Carr wrote on Twitter Thursday. “A fire no man can extinguish; only God.”

Rumors have also encircled Packers QB Aaron Rodgers since the disappointing conclusion of the Packers’ season, with some speculating Rodgers could finally move on from Green Bay.

When the Packers needed a big play Sunday night against the Lions, Aaron Rodgers and the offense rarely delivered, Greg Jennings tells Trey Wingo. After another unceremonious end to a season in Green Bay, expect the chorus of criticism of Rodgers and the Packers to grow louder.

Greg Jennings and Trey Wingo wonder if Sunday night’s loss to the Lions was Aaron Rodgers‘ final game for the Packers. If so, what could the trade market for the veteran quarterback look like? 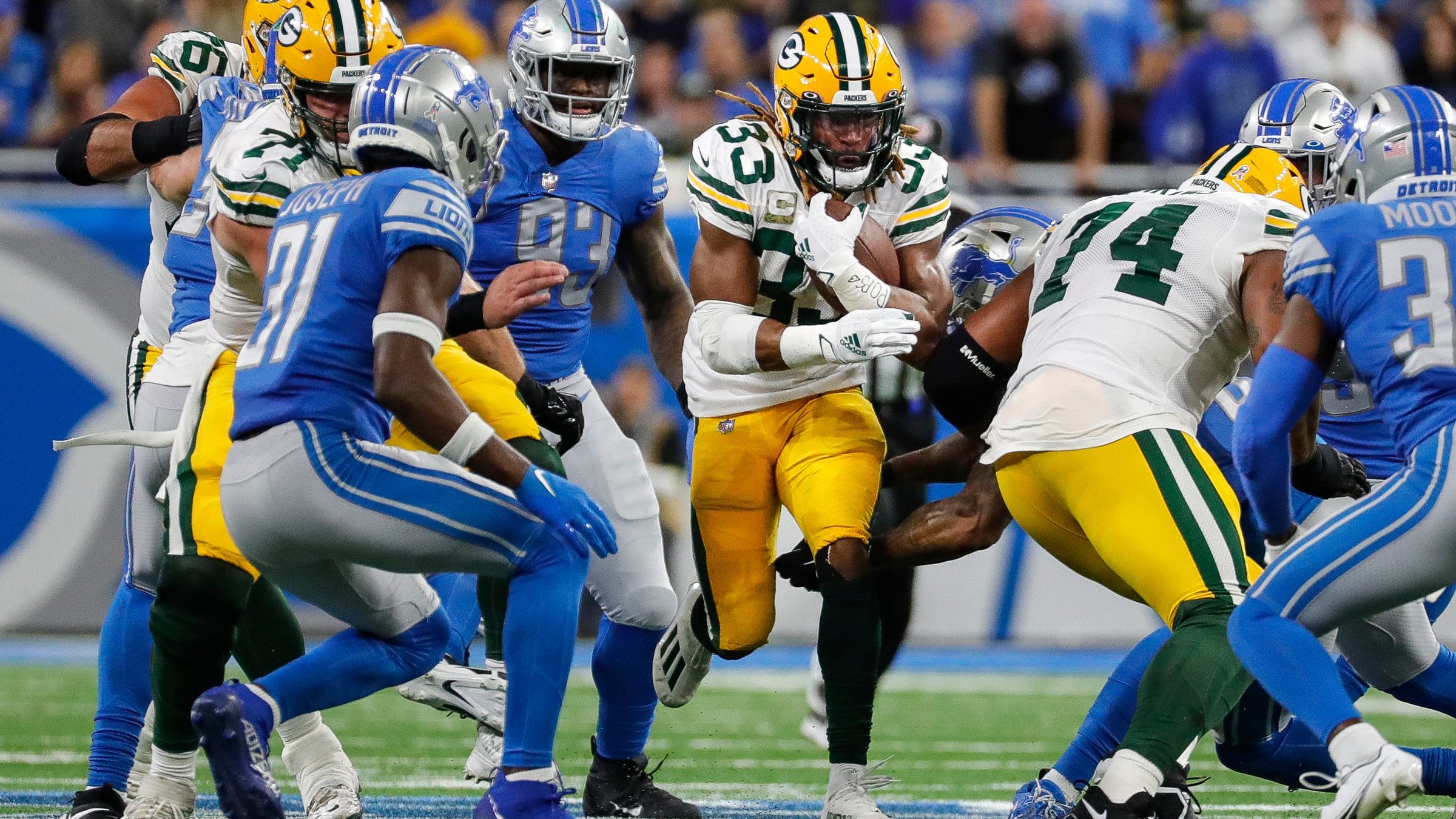 Sunday night’s game features what could be a “win and in” game for the Packers and the Lions. No matter what, if the Packers win they are heading to the postseason while riding a five-game winning streak. The Lions could clinch a post-season berth if the Seahawks don’t handle their business against the Rams. The […]