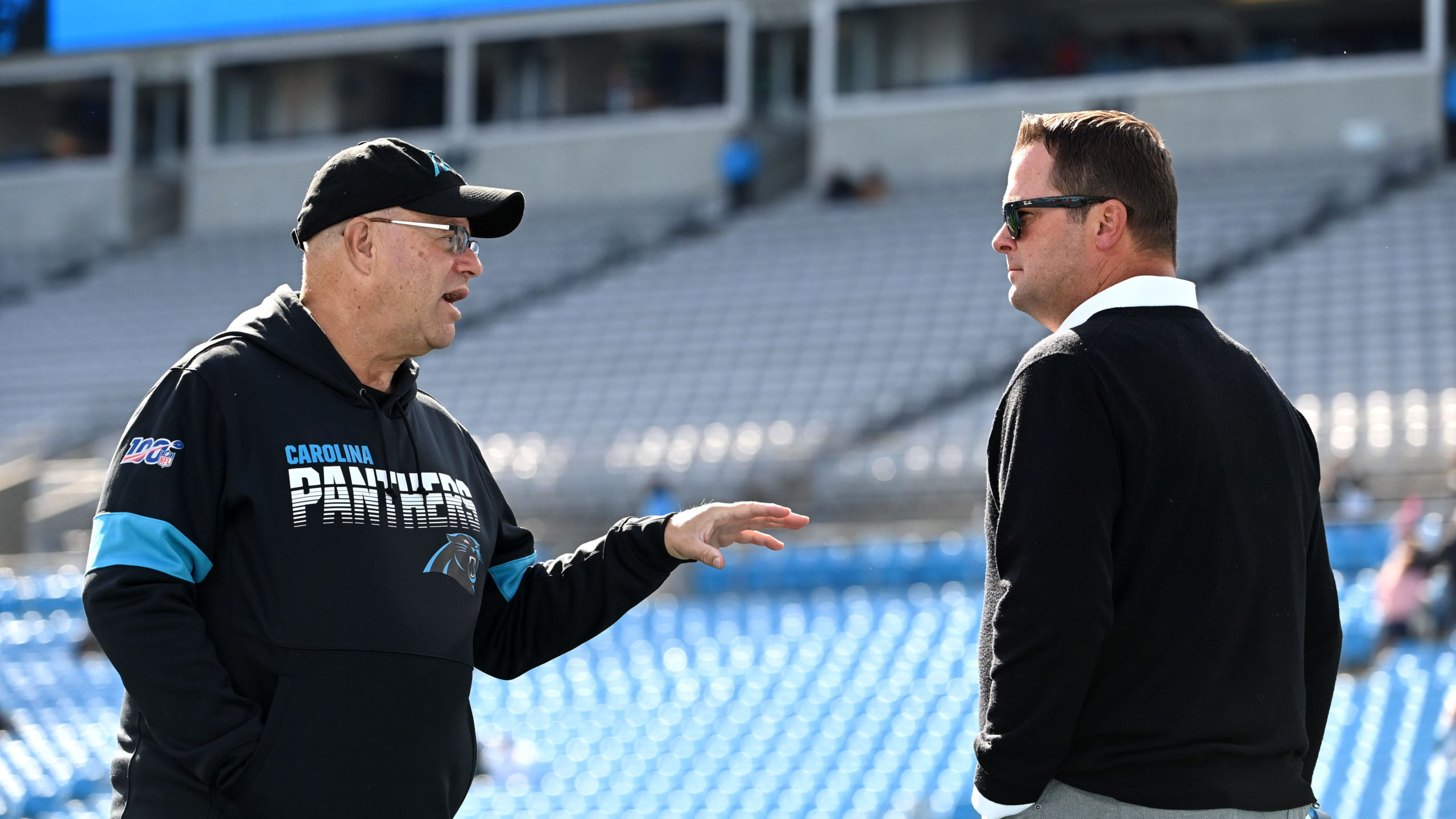 From a business perspective, I thought Carolina’s trade of running back Christian McCaffrey to the San Francisco 49ers Thursday night was an excellent deal for the Panthers, who are no doubt in rebuild mode.

First, they received excellent value in return. The second- and third-round picks in the 2023 NFL Draft are prized selections. More than 75% of your top contributors — your blue and red players — come from Rounds 1-3. The fourth-rounder is valuable, too, because you have a chance to hit on someone there. And the fifth, we call them “sweeteners” that everyone includes in trades, although they have a much lower probability of panning out.

So, from a return value, general manager Scott Fitterer did very well. And he also did an excellent job in unloading an oft-injured player heading toward the downside of his career, as well as the large contract — McCaffrey has cap hits of $11.8 million, $11.8 million and $12 million over the next three seasons — that was becoming an albatross around the neck of a team with so many needs, especially on offense. Historically, Year 6 is when you start to see a steep decline in running back production; McCaffrey is six games into his sixth season. The Panthers are losing a marquee player in McCaffrey, but it almost doesn’t matter. The team fired its head coach last week, then traded its problematic but talented No. 2 receiver in Robbie Anderson. The fans, who weren’t really energized before the trade, can now turn their complete attention to the future. And the Panthers can turn theirs to fixing a roster that has many holes.

That doesn’t mean there’s a complete void of talent on the team. There are some good, young building blocks already in place, almost exclusively on defense.

The defensive backfield has good depth highlighted by second-year corner Jaycee Horn and third-year safety Jeremy Chinn. Defensive end Brian Burns is a difference-maker, and DT Derrick Brown is a really good player. I think LB Shaq Thompson is also an excellent player, but in the right system. It will be interesting to see how interim coach Steve Wilks works the defense going forward.

The extra picks in the McCaffrey trade can help address some of the depth issues on defense, but most of the roster reconstruction will need to come on offense.

Any successful team needs to have offensive triplets coming from the skill positions. You don’t need to have what we had in Indianapolis with three Hall of Famers and another who should be in Canton, but the Panthers are skill-position poor all over their offensive depth chart.

There’s no go-to tight end that comes close to resembling what the Panthers used to have in Greg Olsen. They only have one receiver, D.J. Moore, who’s more like a 1a than a true No. 1 — the Robbie Anderson trade was addition by subtraction. There’s no go-to running back. And I don’t think the quarterback of the future is currently on the roster, but we’ll know for sure by the end of the season.

With quarterbacks, you can’t survive in this league with major flaws or deficiencies in several categories, including height, weight, arm strength, accuracy, processing and durability. QB Matt Corral, the team’s third-round pick last spring, now has had two major injuries, which automatically puts a question mark on him. Baker Mayfield will always have the height issue.

And then there’s the all-important left tackle position. The Panthers used the sixth overall pick this year on Ikem Ekwonu, but the jury is still out on the N.C. State product. Some believe he’s built for right tackle instead of on the left side, where he’s struggled as a rookie. And who on the current roster is the left tackle if not him?

As you can see, there’s a lot of work ahead for Fitterer, but at least with the McCaffrey trade — and perhaps others to come before the Nov. 1 trade deadline — he’s one step closer to having the resources to get it done in free agency and the draft.