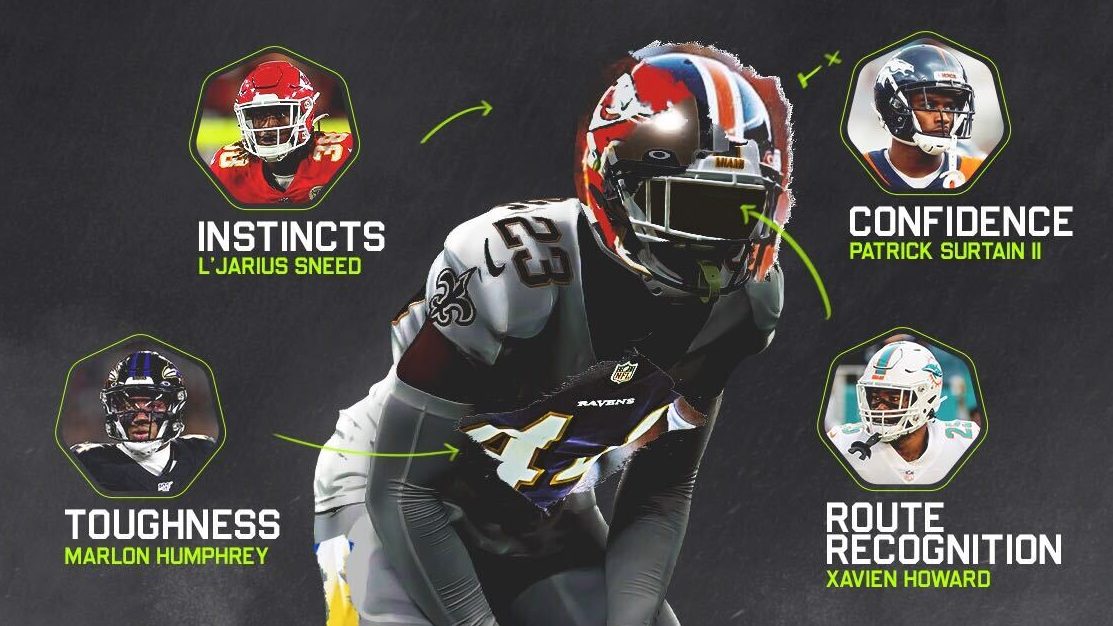 An NFL cornerback has to have a variety of skills to be great. Let’s imagine you could build the perfect cornerback out of the skills of today’s best players. Which players and skills would you piece together to create the ultimate cornerback? These are the players I would choose: The guy’s production speaks for itself. He’s probably as close to the complete package as any corner in football. Size, speed, and ball skill are chart-toppers. But it’s his anticipation that puts him top of class, and you don’t get that without knowing your opponent. Truly one of the best athletes I’ve seen at the position in a while. He has awesome short space quickness and long speed. He’s good, and knows he is good! I played in the era with his Dad so it is no surprise that he boasts the skill set and the necessary mentality to thrive in today’s NFL. To play the way he does is not easy. Kansas City asks him to occupy a bunch of roles in its defense and not only does he accomplish it, he does it with a verve that I admire. He can cover, blitz, tackle — reminds me of a guy I used to know. Since his rookie season, Lattimore has been excellent in man-to-man situations, and he thrives at the line of scrimmage. He’s aggressive, challenges WRs, and has damn good hand/feet correlation. There is not a guy he can’t D-up in football! He is what he is .. a ball magnet. He’s built like a WR and has the mitts of some of elite catchers in the sport. With his length and wingspan, there’s not many matchup problems for him. But clearly his top trait is his body control and ability to find the ball in the air. Haven’t seen many better! Arguably the best talent at the position. He’s big, fast, and has great movement skill. He’s got every ability required of at least three defensive positions, and the Rams use him as such. He can play outside and take away a No. 1, or slide inside and be a blitzer or hybrid linebacker. He’s a great tackler, and I love the way he runs and hits people. One of my favorite guys in the league. High intensity guy that is not wary of the dirty work to create takeaways. He’s gotta be the most reliable corner in the league, and you have to appreciate the way he approaches the job. Plus, he’d rather play hurt than not play at all. Big props to this dude. He’s not a better cover guy than Patrick Surtain, but he’s legit Big Play Slay for a reason.

Ronde Barber is a former NFL cornerback for the Tampa Bay Buccaneers whose resume includes a Super Bowl title, three All-Pro teams and five Pro Bowls, and a spot on the NFL’s 2000’s All-Decade Team. He is a member of the Buccaneers Ring of Honor.