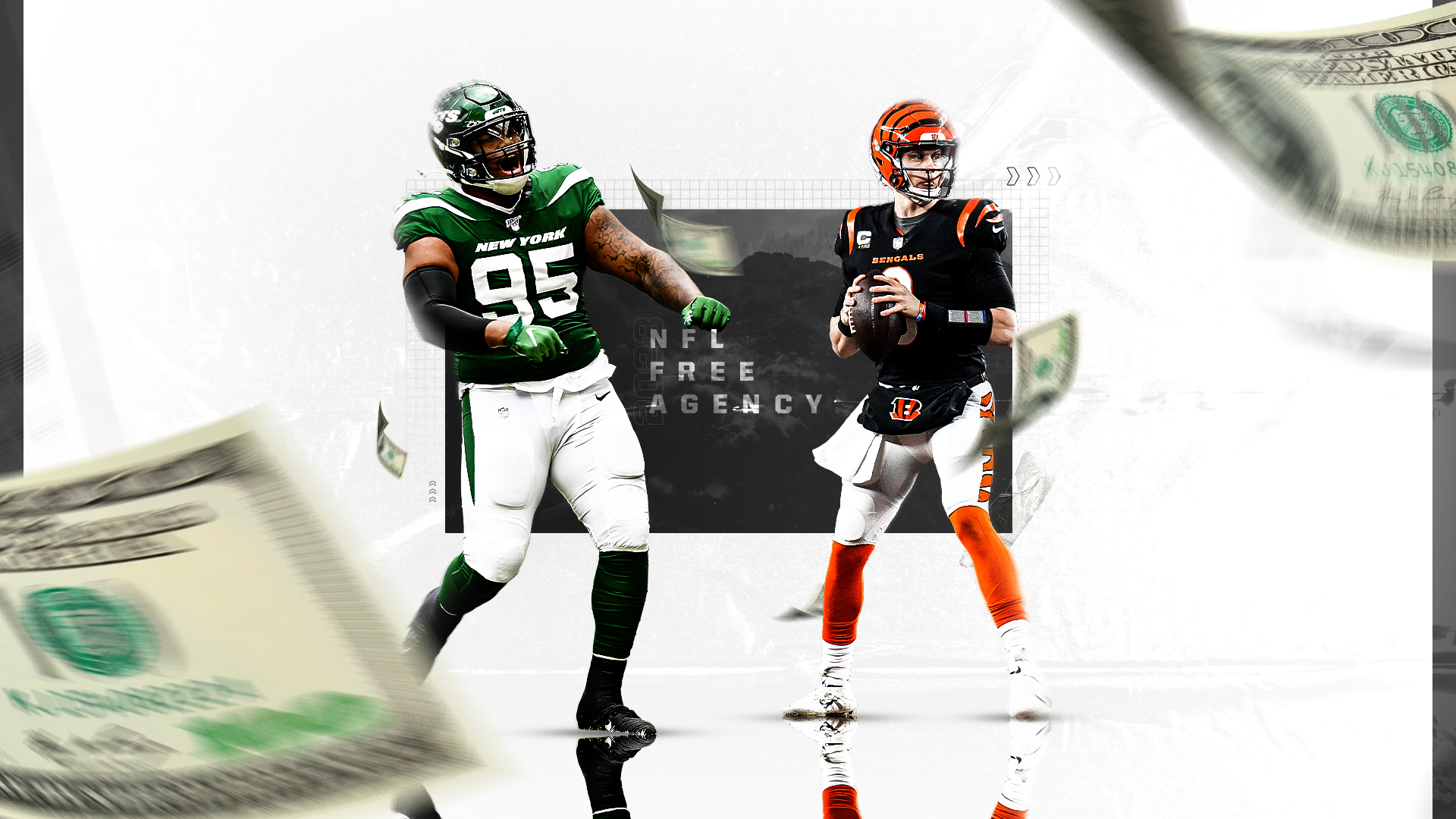 One of the crucial things personnel departments do that fans usually don’t realize is budget for future contracts and strategically work them into what a future salary cap might look like. For example, the Bengals have budgeted responsibly during the past several years, preparing for what a Joe Burrow extension might cost them. Teams know […]

Travis Kelce will undoubtedly be the top tight end drafted in fantasy football in 2023, but who will come in at No. 2? Without an obvious choice, Josh Fewster breaks down the three potential names he expects to be in the running. Welcome to the NFL playoffs recap series! Each week, The 33rd Team’s Nic Bodiford will break down the results of the most recent playoff round, offering thoughts for NFL fans, fantasy football players, and sports bettors. For teams that remain in the hunt for the Lombardi trophy, Nic will focus on actionable data for the […] The NFL regular season has come to an end, and now DFS has gotten a lot more challenging. We will no longer have a plethora of star players throughout the league to choose from every week. Instead, there will be very few players who emerge with a breakout performance each week. If you miss out […] The Rams’ acquisition of edge rusher extraordinaire Von Miller at the 2021 trade deadline was a major factor in the team’s eventual winning of the Super Bowl. There were many trades at the mid-season deadline this year that helped teams reach the playoffs. Will any of these recent additions do for their teams what Miller […]

The loss of right tackle Brian O’Neill has me pushing the Vikings’ offensive line toward the back end of league average. I have the Giants tiered as a top-10 front with one of the best interior duos in the league. The Giants have a moderate, bordering on significant advantage in the trenches in this matchup. New York’s interior has the potential to be a real problem for Minnesota.

I have the Giants offensive line tiered as a slightly below-average group. The Vikings’ defensive front has been one of the more unique groups to rank, as they have a top-10 level edge duo with an inconsistent interior. The Vikings’ pass rush has a moderate advantage in this contest, and Dalvin Tomlinson has an advantage in the interior, but this matchup is more of a draw in the run game.

The Vikings beat the Giants in Minnesota 27-24 in Week 16. The Vikings orchestrated the biggest comeback in NFL history in an overtime win against the Colts the previous week. The Giants are 2-5-1 over their final eight games, while the Vikings are 5-3 over the same span.

The Vikings are driven by their talented offense. That group has an above-average quarterback in Cousins, one of the best skill groups in the league and an offensive line that has been solid this year. If you’re betting on Minnesota, you are doing so with the expectation they can have significant success against the Giants in the air and on the ground.

Minnesota’s pass rush could also be a factor in this contest, Tomlinson faces a below-average Giants interior while the Vikings edge rush duo could give rookie right tackle Evan Neal some issues in this contest. Another strong offensive performance paired with the Vikings’ pass rush closing this game out is the type of game flow worth building a Vikings bet around.

You have two core concerns as a Vikings’ bettor. The first is the strength of the Giants’ defense. The loss of O’Neill reduces Minnesota’s ability to manage the Giants’ strength on defense. The second concern is the Vikings’ secondary has been routinely shredded this season, which includes Jones breaching 300 yards passing against them just a few weeks ago. If the Giants’ defensive front takes over this matchup while their offense has another solid showing, Minnesota can lose this game.

A Giants bet is built on two core concepts. The first is their defensive front is a talented group capable of taking over a game. New York’s best chance of limiting Minnesota’s talented offense is through consistent disruption in the trenches. If New York pairs that with a strong running game between Barkley and Jones, while Jones has another above-average game as a passer, the Giants can win this game outright.

Most of the Giants’ wins this season have been driven by their defense, while their offense doesn’t turn the ball over. That gameplan doesn’t leave much room for error, which is among the reasons New York only beat two teams above .500 this season. The Giants have received a lot of hype since their blowout victory against the 4-12-1 Colts in Week 17. While the Giants have overachieved this season, I do wonder how many football enthusiasts realize New York finished significantly below .500 in the second half of the season.

One of your biggest concerns as a Giants bettor is New York’s losing ways in the second half of the season. Minnesota’s secondary is its most exploitable weakness. Even though Jones had success through the air against Minnesota a few weeks ago, it’s important to keep in mind the Giants still have one of the most limited groups of pass catchers in the league, and Jones is a better runner than a passer. Your other concern as Giants’ bettor is their ability to cover the Vikings’ talented skill group, especially Jefferson. Even if New York effectively mitigates Jefferson, both Cook and Hockenson have plus matchups in this contest. If you made it to Championship Week chances are good you have few decisions to make regarding what is likely a stacked starting lineup. However, with this being the “last call” for a full slate of meaningful games, my Week 17 rankings will once again be a deep dive at each position for DFS enthusiasts. […] 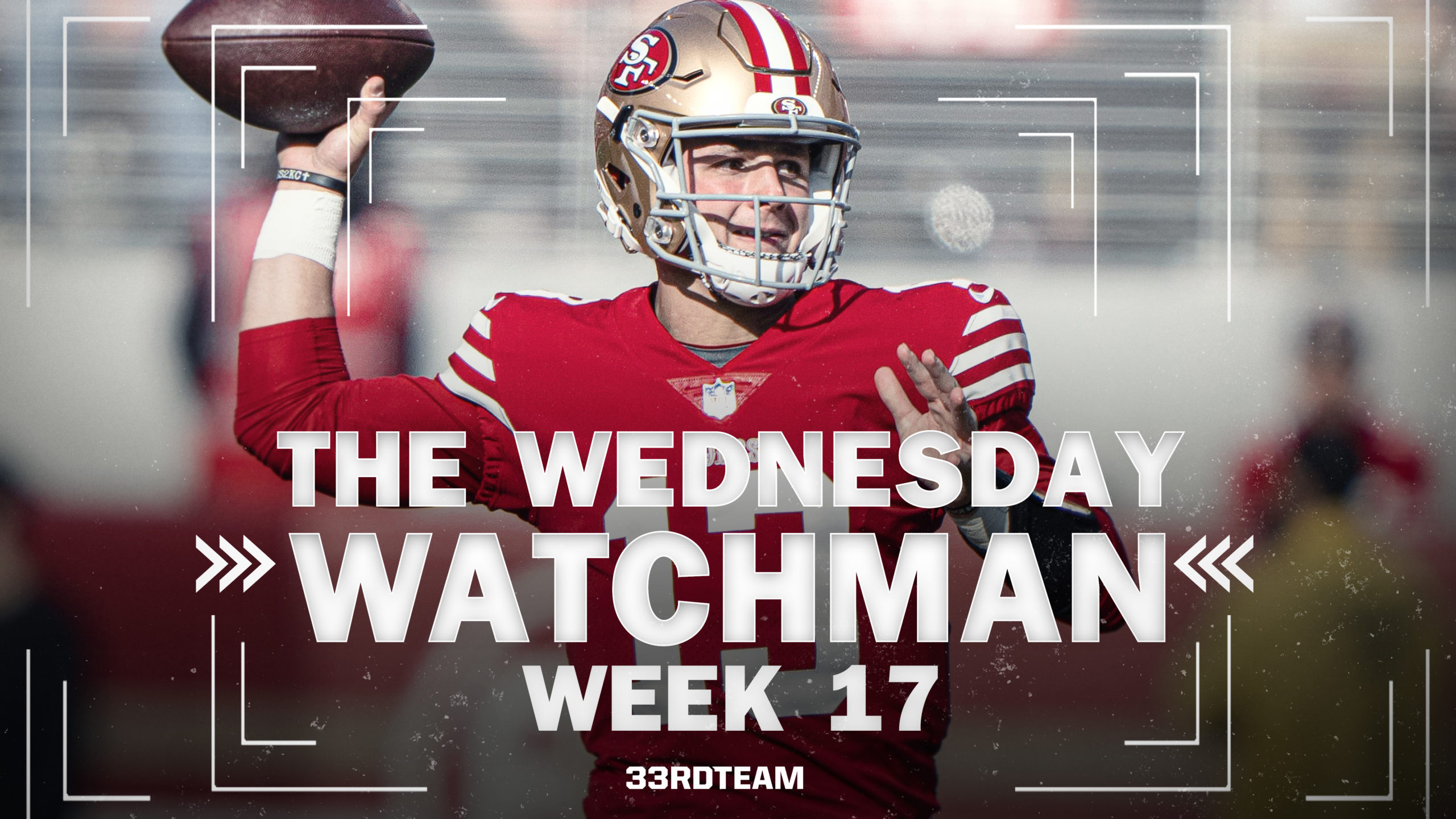 It is championship week for most leagues. The good news, if you are not in the final, is DFS is always there to compete in. The competition is better, and so are the prizes. Last week, we pointed to T.J. Hockenson as an excellent play. This week, we will try again to find those must-have […]

If you are new to DFS, check out our introductory pieces, such as DFS 101, Contest Selection, Stacking, Rostership, Leverage, and Lineup Construction. Below we will take a look at some of the double stacks, single stacks, and mini stacks I will be looking to take advantage of this weekend. If you have any questions, […]