By Ben Elsner and Peter Engler

At the conclusion of each NFL Draft, there is always the inevitable rush to judgment. Hundreds of “experts” hand out grades to each team based in part on whether they “filled their needs.” While smart teams may fill their needs through the draft, this doesn’t indicate whether they used the best draft strategy. Often, a front office will supplement their needs with good prospects at needed spots, earning strong “grades” but missing out on better prospects at those positions.

As an example, we can look back at the 2005 Vikings draft class. They received a consensus media grade at the time of A-minus, due largely to filling their twin needs of WR and EDGE defender with their two first-round picks. As it turned out, though, they didn’t find value at either position. By selecting WR Troy Williamson at No. 7 overall, they passed on four highly-productive pass rushers — including DeMarcus Ware and Shawne Merriman. With their pass-catching need seemingly filled, they chose EDGE Erasmus James at No. 18 overall — missing out on WR Roddy White and TE Heath Miller at that spot, not to mention OG Logan Mankins (their next selection was OG Marcus Johnson). While the immediate media opinion was that Minnesota had blown away their competition at the draft, they made the right decisions at the wrong time. Neither player started multiple seasons in the NFL.

Of course, even as the post-draft grades are doled out, there is still the notion that you will not be able to truly evaluate any draft class for at least three years, waiting until prospects are established NFL players. The total production of any individual draft pick can’t be evaluated until their playing careers have ended, but it is possible to immediately evaluate a team’s draft through a value lens. While the overarching goal is to get as much production from draft picks as possible, the low hit rate on prospects creates a mind game within the draft in which each team is trying to pick its preferred prospects at the lowest possible spot. In essence, they must attempt to read the minds of each of the other clubs and discern how the league views a certain prospect.

EDGE Azeez Ojulari, now of the New York Giants, is an excellent recent example. Despite many sources projecting him to the Giants with their first round selection (No. 11) and the team’s clear need, the Giants properly evaluated his value, not only passing over Ojulari in the first round but also trading down in the second round before making the pick. Time will tell the production he may bring, but the value was clearly there and the Giants are vindicated for not making him their first selection.

Earlier this week, we had an article touching on the increased value on CB, WR, OT and EDGE rushers as opposed to the RB, TE and IOL positions. Joe Banner recently touched on the perception in the media that the value of running backs has diminished in recent years. Simply put, it isn’t that RBs have less value, it’s that there’s less difference between the fifth-best RB and the 15th-best RB than you may find at another position.

“I cannot imagine finding an offensive coach who did not believe that a starting running back is one of the most important players he has,” Banner wrote. He goes on to touch on two main issues with the running back position. First, running backs do not have long careers compared to most other positions. Looking at the highest-paid running backs over the past 10 years from an annual value perspective, the highest-paid running backs finish as a top 10 rusher less than 40% of the time in years 5-8. Second, there is simply more supply than demand at the running back position. Over 100 active RBs have a career average of at least four yards per carry, which would be over three such backs per team.

Although it’s rarely discussed, a draft pick that fills a need isn’t always a great pick. This isn’t because the player isn’t good or because the team shouldn’t build through the draft, it’s because the team hasn’t properly evaluated the worth of their selections: It’s the right position at the wrong time.

Using three teams that were considered to have “filled” each of their top team needs, namely the Jaguars, Chargers and Browns, we can explore how this concept played out in the 2021 NFL Draft.

First, let’s look at the Jaguars’ draft. The 33rd Team assessed that coming into the draft, their five biggest needs were QB, OT, CB, TE and WR.

Starting from the top, drafting a QB No. 1 overall was a given and fully expected for a team coming off a 1-15 season without a franchise passer. However, their next selection was a RB, their first example of filling a need with a good prospect but at the wrong time.

Selecting a running back in the first round should be considered a luxury. Look at last year’s draft for example. The Chiefs were able to select Clyde Edwards-Helaire with the last pick in the first round with the luxury of having a talented roster surrounding him. Even with the questionable results of that pick, few would compare Jacksonville’s current roster to Kansas City’s, especially with their many holes to fill on both offense and defense. By selecting Clemson RB Travis Etienne with the 25th overall pick, they passed up on two first-round cornerbacks, four first-round Edge rushers, and a first-round wide receiver. To qualify that, the Jaguars finished second-to-last in the NFL in sacks generated in 2020 and allowed the sixth-most passing yards per game while having only one wide receiver with over 700 receiving yards.

This draft selection becomes even more perplexing because last year one of the best players on their offense was an undrafted free agent, RB James Robinson, who hit the NFL’s golden standard of high production at a low price. Jacksonville was a top-10 team for explosive runs (10-plus yards), and could have looked to add a later RB like Memphis RB Kenneth Gainwell (a fifth-round selection). Gainwell was ranked as the 33rd Team’s fourth overall running back in this draft and went a full 125 selections after Etienne.

Similarly, the Jaguars selected Stanford OT Walker Little with the 12th pick in the second round. Little has played only one game of football since the start of the 2019 season, suffering a season-ending knee injury in the opening game of 2019 before opting out in 2020. He was ranked 13th among OTs on the 33rd Team’s rankings, but the Jaguars instead passed over both our fifth- and 10th-ranked tackles in Sam Cosmi and Dillon Radunz. It was the right idea to fill the position, but with the wrong player at the wrong time.

The Chargers are another example of a team that attacked their needs aggressively and received a sterling score from pundits, but they may have misjudged the value of their selections. Entering the draft with needs of OT, DE, CB, TE and LB, they made the following selections:

Although they picked potentially more big-name players than any other team, the Chargers may end up regretting how they arranged their draft board. You’ll have to look elsewhere to find arguments with their first selection of a sliding talent at their biggest position of need, but their Day 2 in particular left something to be desired. Using their second-round selection on a corner that will likely be forced into the slot due to his size despite already having one of the top nickels in Chris Harris Jr. was especially disappointing with such a strong CB class. Even if they were specifically looking to replace Harris Jr., a designated slot like Elijah Molden would still be available at each of the Chargers’ next two picks.

Moving on, it’s hard to argue with adding more talent to Justin Herbert’s receiving corps, but the selection of Josh Palmer meant that the team missed out on a run of TEs, a move they keenly felt after selecting the 33rd Team’s sixth-ranked TE in Tre’ McKitty. Had they instead taken their choice of TEs at pick No. 77, highly-capable WRs such as Amon-Ra St. Brown, Jaelon Darden and Tylan Wallace would still be available when their next pick rolled around. The team will get a lot of props for attacking their needs, but didn’t seem to get the timing right.

Finally, we turn to the Browns. With needs of OLB, ILB, CB, DT and WR, the team chose the following players:

Seen by some as the best draft in the entire league, Cleveland may instead be falling into the old trap of collecting talent instead of building a team. With a deep CB class, the team took a talented but injury-prone corner in the first round despite a deep class, passing up top defensive tackles like Christian Barmore and Levi Onwuzurike despite the ability to get a safer corner later in the draft. Specifically, Ifeatu Melifonwu (ninth CB by the 33rd Team) was available at the bottom of the third round, while even Rodarius Williams (15th CB by the 33rd Team) was still left in the sixth. The Newsome pick set up a chain reaction of reaches that cascaded through the team’s entire draft. While Owusu-Koramoah was seen by some as a first-round talent, he had a late medical scare that could have pushed him much farther down the board. Instead pushing an 11-win roster to Super Bowl contention, the team was left with leftover mid-round selections in James Hudson and Tommy Togiai, not to mention attempting to fill the core of their LB room with the 222-pound Tony Fields II.

To illustrate how the team could have elevated their roster through the draft, look at this potential scenario: Taking DT Christian Barmore with their first selection and pairing him with true ILB Nick Bolton in the second, the Browns complete a solid defensive front that can play complementary football with the league’s third-ranked rushing attack. Even if the team chooses to stay with Anthony Schwartz in the third round and Tony Fields II in the fifth, the latter can now slide into a better fit at WLB and the team has the flexibility to address the CB position with either of their fourth-round selections, say on Zech McPhearson, or even still pick up Owusu-Koramoah if his unexpected medical concerns truly push him this far.

Given how difficult it is to project NFL production, the media consistently falls into the trap of evaluating a draft solely by how well a team addressed its needs. However, this entirely flies in the face of the “take the best available” philosophy and ignores the actual strategy of the draft. Anybody can select a running back when the team has a hole at the position, and they’ll likely be publicly praised for it, but the true skill comes in finding the proper timing to make the selection. Too early and you’ll miss out on similar value at a cheaper cost, but wait too long and you’ll be stuck picking from the scrap heap. The best NFL decision-makers are masters at this art, but the luck of production obfuscates which teams truly have the best drafting strategy. For the clubhouse leaders, it may be best described as the draft-day prayer of “May my enemies make my mistakes before I do.” 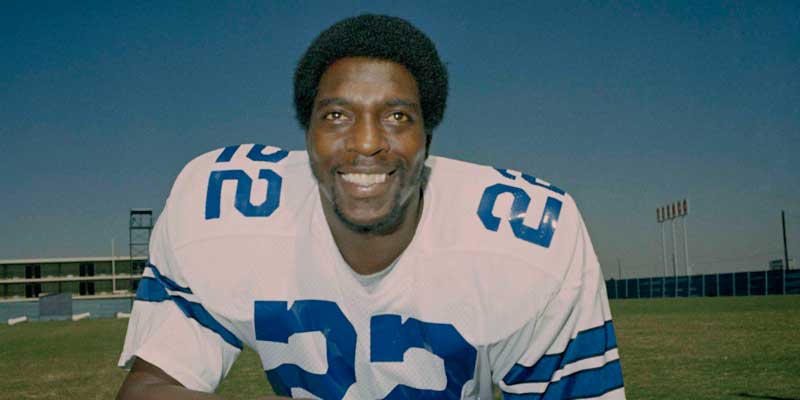