Tale of Two Trades: Why the Dolphins’ Moves Were Good and Bad 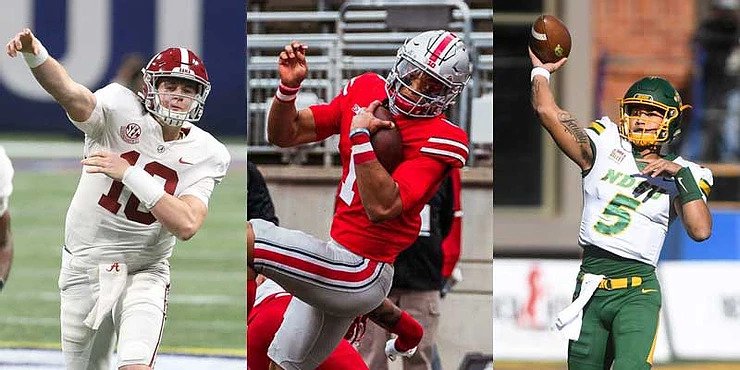 The Miami Dolphins made two big draft trades Friday — first with the San Francisco 49ers and then again with the Philadelphia Eagles. Here’s my take on what the deals mean for all three teams:

Miami got outstanding value on the first deal. They feel confident enough in Tua Tagovailoa to where they could trade the premium pick they had acquired from Houston to the highest bidder. With several teams interested in the quarterbacks available at the top of this draft, the No. 3 overall pick had great value. It is a big risk, because it appears the Dolphins are tying themselves to Tagovailoa with a lot of other options available. Overall though, the value of acquiring two future firsts and still having the 12th pick this year is a smart transaction for an ascending team.

The second trade I am much less optimistic about. Decades of information tell us that picks between six and 12 hit at about the same rate and quality. To give up a first-round pick next year just to get in a better position in this draft is not smart. They essentially traded two firsts to Philadelphia in order to draft a projection. There are very few players in the league that would command that. You are limiting your list to perennial Pro Bowlers and even borderline Hall of Famers like Jalen Ramsey, Khalil Mack and Laremy Tunsil. Those were established players traded, not an unproven projection. That is the market for trading two firsts. There are also countless examples of “can’t-miss” players drafted in the top five that did not pan out.

There is some speculation the Dolphins might draft a receiver after moving back up. Just think about the value of some of the recent wide receiver trades. Odell Beckham netted the Giants a first, a third, and a player. Buffalo was able to get Stefon Diggs for a late first. DeAndre Hopkins really only netted a second for Houston. Those are three of the best players at their position. The Dolphins gave up more value than those deals to only slightly improve their chance at picking a projection.

If you look at the two trades as a whole, the Dolphins moved down three spots to net an extra first-round While I think that was worth it, I do not think they maximized their value and they hampered their assets moving forward. If Tagovailoa turns out only okay, they will be looking to upgrade the position, and they worsened the ammunition they will need to address that.

San Francisco has shown they are a top-tier quarterback away from being a legit contender for the next 6-8 years. It was a very aggressive move, and may be a slight overpay, but because of the quality of the franchise and their young talent, I think this was a smart risk to take. If they get the evaluation right at quarterback, they will be well positioned for a while. If not, it is a setback, but they are still well positioned to proceed with Jimmy Garoppolo. I also do not believe they executed this trade without knowing exactly which quarterback they are planning to select. I view this similar to when Philadelphia traded up for Carson Wentz, they knew exactly which quarterback was going to be there and who they were going to select.

San Francisco is also trading three first-round picks on a projection. However, I do not think this package would have gotten them Deshaun Watson, and Seattle would never trade Russell Wilson within the division. The 49erswould certainly have been better off using their draft capital on an established quarterback. I have to imagine they did their due diligence with Houston and Seattle. Things could change, but to me this indicates that both teams are completely ignoring any trade talk. If the Niners thought there was any wavering in either team, this was a trade they could have held off on. The only reason they did it now is because they are totally confident in the player that will be there at three and they did not want to deal with competition to trade up as the draft gets closer.

This trade also suggests 49ers head coach Kyle Shanahan feels he has maximized Garoppolo’s potential. I think they do keep him this season as the starter, but he has serious injury concerns and may not stay healthy. The quarterback they draft could also come into camp and win the job from Garoppolo. He is due over $25 million next season and only carries a $2.8 million dead cap hit, so he could be traded or released at some point. I just view the most likely scenario that he is back as the starter for one more run. There is immense value in having a rookie quarterback learn for a year, especially getting a full tutorial from Shanahan on how to run his scheme. Shanahan has shown that he is able to develop young players, specifically quarterbacks, so I expect them to be an upper-echelon team for a long time.

I think Philadelphia really came out on top after trading with Miami. They are still picking in the first half of the first round this year, and acquired a first to do so. History suggests that the tighter teams are to the cap, the more valuable draft picks become. If the cap for some reason is still at a dip next year, this could be a noteworthy advantage. It also opens up the possibility of a big-time trade for either Wilson or Watson, should either become truly available. After the draft, a lot of teams will lose a lot of their trade ammunition, and the Eagles will be in prime position with three likely firsts in 2022 and fewer bidders. If they do not make a trade, they will either have three firsts next year to build around Jalen Hurts or look to draft his replacement.

I think Philadelphia really executed the inverse of Miami because they both have unproven quarterbacks, and now Philadelphia is in a great position to address quarterback next year if they need to. I think they believe in Hurts and are willing to give him a season as the unconditional starter while they build future assets. If they are wrong about Hurts, which needs to be addressed as a possibility, they will have three firsts next year to try to get the best available guy. Philadelphia has been very successful at maneuvering the draft for a long time, and I think this trade provides another example of that. 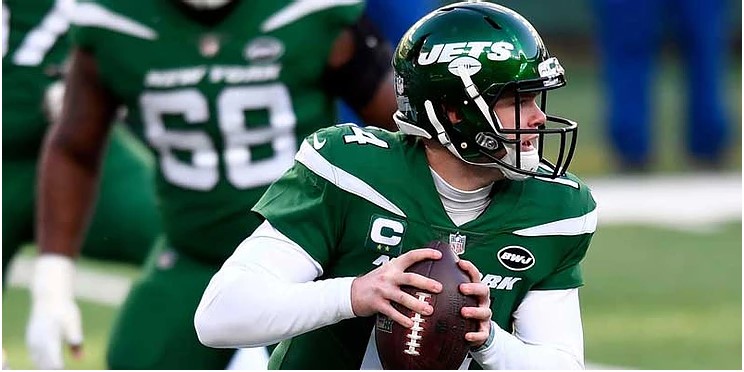