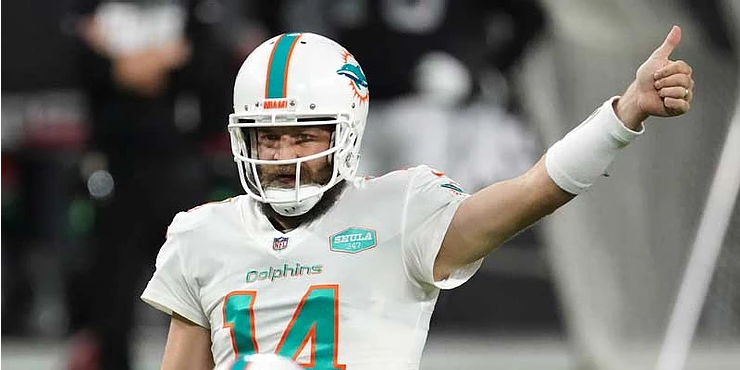 Here’s a look at how some of the NFL’s offseason moves – includng this week’s trade of Sam Darnold – might affect what happens in the draft:

The Sam Darnold trade really created a whole domino effect at the top of the draft. The Jags were always taking Trevor Lawrence, and now we know for sure the Jets are taking a quarterback. It appears they like BYU’s Zach Wilson; with Lawrence going one, they do not have to be overly secretive about it. The Niners traded up to three knowing how the board was going to fall and almost certainly knowing which quarterbacks they liked were going to be there. Now, it makes perfect sense that the Falcons are willing to trade back with the fourth pick with two of the top quarterbacks certain to be on the board. I think there is a very good chance we see another trade up to four, which may not have happened without the San Fran and Darnold trades.

I think this was a reasonable move for the Jets. With a new coach and kind of a broken team, they had already decided they were using the second pick on a quarterback that a lot of people are high on. I do not know if they did the best job maximizing the leverage of Darnold, but they were able to acquire three total picks, including an additional second next year. With a young team and a rookie quarterback, you need to acquire as many darts as possible and hope some hit.

Carolina gave up only a sixth this year along with a second and fourth next year to acquire Darnold. I am not the biggest Darnold fan, because I think he is only okay mentality and his accuracy is inconsistent. For me, that is about where a quarterback evaluation stops. If you have those two things, along with a good coach, you can be successful. With that being said, he is still only 23 and is approaching a better situation, with better weapons and coaching than what he was exposed to in New York. I am still lukewarm on Darnold, but I would not be totally surprised if he ended up successful. Knowing what their needs are and not giving up too much, I think this was a reasonable chance. By exercising his option, Carolina will have Darnold under contract for two years at under $12 million annually, close to guys like Andy Dalton and Ryan Fitzpatrick.

To me, this indicates that Carolina does not anticipate any of the top quarterbacks to be there at eight, and Atlanta was a totally unwilling trade partner. I think the Panthers are a team that values having a strong line, which does not set up great for them in this draft. I think they could take a lineman if either Penei Sewell or Rashawn Slater falls to them to pair with RT Taylor Moton. They selected all defense last year, and I would not be shocked if they did more on defense — either at corner or linebacker. The bottom line is that the Darnold trade really gave them a lot of flexibility, and they are in a great position to take the best player available.

Washington has made some really smart moves this offseason. Sitting at 19, they were not in position to get one of these quarterbacks, and they knew they had maximized what Alex Smith could give them and that he was no longer worth $19 million. They were able to bring back Taylor Heinicke on a backup deal, and then sign Ryan Fitzpatrick for only $10 million. If he is close to what he was in Miami last year, that will be an upgrade for Washington.

I think they are a team that could target one of the second-round quarterbacks. In brief studies of some of these guys, one that caught my eye was Davis Mills from Stanford. I am not sure why he is not getting a lot of conversation. Like I said, I am focused on smarts and accuracy. From the few games of his I watched, I think he has both those things. Washington knows they do not have a long-term solution, and he would be intriguing to me in the second round. With their first pick, if they do not trade up for a quarterback, I think they could target another outside skill position player or look to continue building their offensive line.

The Giants are in a good position to draft one of the top linemen or draft the best player available with some of the moves they have made. They spent a lot on Kenny Golladay to pair with Darius Slayton and Sterling Shepard on the inside, so that should take receiver off the board. They also have a quarterback they at least appear committed to.

It has not necessarily provided the desired results, but I think New York is the team in the league that over the past couple of years has been the clearest in their commitment to getting their two lines to be top quality. They drafted Andrew Thomas in the top 5 last season, along with Matt Peart in the third round. They also drafted Will Hernandez in the second round in 2018 and paid significant money to bring in Nate Solder from New England. On defense, they traded for and extended Leonard Williams and drafted Dexter Lawrence in the first round in 2019. Both sides still need some work, so I think they could take the best lineman available on either side of the ball.

The Eagles are interesting, because they were able to pick up an additional first and other draft capital to move back to No. 12. I still think there is a reasonable chance that one of the four top playmakers – Ja’Marr Chase, Kyle Pitts, Jaylen Waddle or DeVonta Smith — are available. If one of those guys gets to 12, I would be really surprised if they did not take them. With the likelihood of three firsts next year, I think Philadelphia is in a position to give Jalen Hurts a year as the unconditional starter — and they are willing to give him a premier talent at receiver to prove it.

If that does not happen, I would be surprised if the pick is not a corner. They do not have a great answer opposite Darius Slay, who himself may be losing a step. Outside of that, the Eagles are another team that really values both lines and is getting older and weaker at both, but I do not know if the board will fall in their favor regarding that.

The Chargers made a lot of moves to help shore up their offensive line this offseason. With the 13th pick, that would not stop me from taking another. I suspect at least the top two tackles will be gone, but they could continue to build the interior with USC’s Alijah Vera-Tucker, who did play his 2020 campaign at tackle for the Trojans. I do think they will draft defense, because I think their offense will be in really good shape if Justin Herbert is able to repeat his rookie year performance.

Los Angeles also has a strong defensive line and some other defensive play-makers, but they need to stay healthy. I think going into next year, that is the one thing they can do to improve their team. On defense, guys like Derwin James and Joey Bosa need to stay healthy. On offense, guys like Mike Williams and Austin Ekeler need to stay on the field. This has been a little bit of a problem for them for a while. A lot of that is usually when a team allows itself to get too old, but that is not the case for the Chargers. This is something they should be trying to solve.

I have to imagine that if New England has the opportunity to get a quarterback they like, they will do that — but they so often do what is not expected. They always put a huge emphasis on the secondary, but that appears to be in good shape, so I do not imagine they do that. The last time Belichick picked this high they took Jerod Mayo at 10, so while other teams would not take a linebacker at 15, that is at least on their radar.

I think the Patriots spent enough money this offseason that I do not think you can rule out a trade into the top eight for a quarterback they like. One of the advantages to how they approached free agency is that they are not going into the draft with massive holes they need to fill. That is going to allow them to be really flexible, whether that is to use a lot of resources to move up, to continue to acquire assets by moving down, or simply taking the best player available. They are in a position to field a team today, while most of the other teams in the top half of the draft are dealing with at least some significant holes. The No. 1 Seed Is Still Pivotal — Tennessee and Green Bay Simply Did Not Take Advantage