Last season was the first year with the new 14-team playoff format, and the Buccaneers managed to win the Super Bowl despite playing in the Wild Card Round last year. Impressively, they won three consecutive road playoff games prior to beating the Chiefs in Tampa Bay. The Bucs also beat both teams who had first-round byes.

Even so, obtaining the top seed and bye is a decisive advantage. Prior to the Bucs, the last time a team without the bye won the Super Bowl was the Ravens in 2012. The 12-team playoff format began in 1990. From then until its last iteration in 2019, 48 teams with a first-round bye reached the Super Bowl in comparison to only 12 teams without a playoff bye.

There are five teams competing for the top seed and first-round bye in the NFC: the Arizona Cardinals, Green Bay Packers, Los Angeles Rams, Tampa Bay Buccaneers, and Dallas Cowboys. With a 9-2 record, Arizona is currently in the driver’s seat. Green Bay sits 1 game back with an 8-3 record, but they beat the Cardinals in week 8. Tampa Bay and Los Angeles are both 7-3, so they trail Arizona by 1.5 games. After losing to the Raiders on Thanksgiving, Dallas is now 7-4 and two games back.

Here’s what each NFC contender’s chance to claim the No. 1 seed hinges on:

Colt McCoy has played very well in relief, completing 75.6% of his passes which would be the highest in the league if he were eligible. Yet, they’ll need Murray to return from injury after their bye and to continue playing at an MVP level if they are to secure the top seed.

Last season, Murray suffered an AC joint injury to his throwing shoulder in Week 11, and his average yards per attempt decreased by a full yard (from 7.5 to 6.5). In addition to Kyler, the Cardinals will look for their next most important offensive players — DeAndre Hopkins and Rodney Hudson — to return to action next week.

The Packers activated All-Pro LT David Bakhtiari from the PUP list earlier this month, but he had not returned to play. Then, we found out this week that Bakhtiari had arthroscopic surgery recently to clean up the knee that was reconstructed in January. The hope is that he will be back for the Packers stretch run.

For now, however, the Packers will be without him and the versatile Elgton Jenkins, who tore his ACL last weekend against Minnesota. Since 2018, Bakhtiari’s pressure rate of 4.2% ranks 4th for all LT’s. Jenkins has been one of the Packers most valuable players due to his ability to play multiple positions on the line.

On the defensive side, the Packers hope to return their two best players — Jaire Alexander and Za’Darius Smith — for the stretch run. It doesn’t seem like either of their returns will be imminent though, which could be the difference between playing on Wild Card weekend or not.

Los Angeles Rams – Robert Woods Out and Strength of Schedule

Although Cooper Kupp is on a historic pace this season, Robert Woods tearing his ACL in practice could prove to be difficult to overcome. Odell Beckham Jr. may be able to make up for Woods in the passing game. But Woods also doubles as an excellent run blocking WR (84.9 PFF Run Blocking Grade in 2021), and that is not Beckham’s strength.

Tampa Bay Buccaneers – Can the secondary hold up?

After losing two consecutive games, the Bucs bounced back with a resounding 30-10 victory over the Giants. There aren’t many holes on the defending champ’s roster, but their secondary had key injuries to CBs Carlton Davis, Jamel Dean, and Sean Murphy-Bunting earlier this season. Both Dean and Murphy-Bunting have returned to action, and Davis was designated to return off IR.

If Antonio Brown is also able to play, the Bucs could be getting healthy just in time to make a run at the top seed and another Super Bowl.

It will be an uphill battle for the Cowboys to obtain the top seed after falling to the Raiders 36-33 in OT. Since starting 6-1, they have lost three of their last four games. The Philadelphia Eagles, however, are trending in the opposite direction with two consecutive wins. The NFC East title, which looked to be all but over a few weeks ago, is not a guarantee for Dallas. Their week 18 matchup in Philadelphia could decide the division.

As history indicates, the team that ultimately gets the bye will hold a substantial advantage in terms of playing in SoFi in February.

Even with the Cardinals’ lead, any of these five teams could earn the top seed over the next seven weeks. Plus, if you thought the NFC was difficult to predict, there are currently 6 teams within 1.5 games of the Titans for the AFC’s top seed. We’ll take a look at that race in a few weeks when the picture becomes clearer. 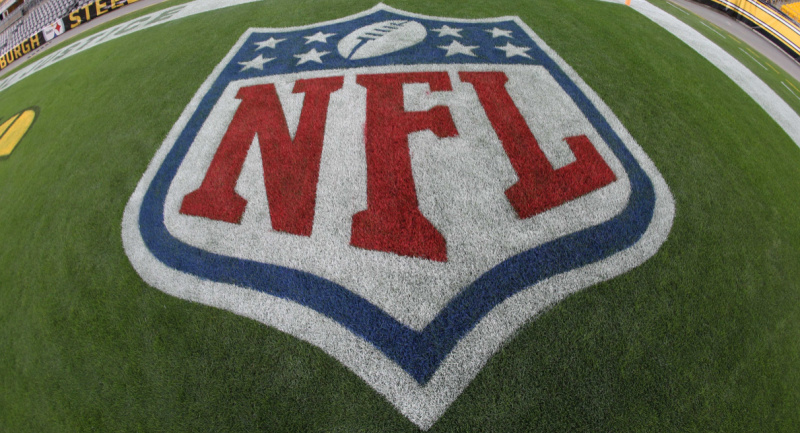