The Chicago Bears released wide receiver Dazz Newsome this morning as part of its roster cut-down, according to a report by Bears beat reporter Brad Biggs. The former North Carolina receiver came to Chicago in 2021 after being drafted in the sixth round. Under the Matt Nagy coaching staff that drafted him, he never evolved past […]

This is the most optimistic I have felt about the Chicago Bears in the last 10 years.

I don’t want to call it a college mentality, but after being at training camp for an entire practice, guys were hustling from drill to drill. There weren’t guys sitting around on helmets. Everybody was up and moving. Their coaches aren’t wasting a lot of time.

I think new general manager Ryan Poles is doing a great job. The easiest thing he could do was to be sentimental and keep Khalil Mack, Akiem Hicks and Danny Trevathan, and some of these older players that have been banged up a little bit but can still play at a high level.

On the other side of the ball, Poles has gone with a complete youth movement. Led by Justin Fields, the youth is prevalent everywhere. The Bears let their one veteran weapon leave in Allen Robinson, but they still have talent in RB David Montgomery and TE Cole Kmet.

Without doing what their front office has done, their offense would’ve been maturing and getting better and better and then a year or two from now they would’ve had to deal with these defensive guys from a contract standpoint. You look at that roster, and it’s filled with young players pretty much across the board. I like that part of it. They are going to grow together.

They are pretty settled on the inside of the offensive line, but there is some real competition at the tackle spot right now. How does it shake out? Nobody knows right now.

A Scheme Change on Defense

There are some changes on defense. After moving on from key veterans, new head coach Matt Eberflus is changing the scheme. The Bears for the last four or five years have been a 3-4. Now, they are going to a 4-3 similar to Lovie Smith, to what I did in Dallas and to what I did with the Dolphins. There isn’t a lot of blitzing.

If you look at what Eberflus did in Indianapolis, they’re going to blitz about 15% of the time, a little bit more when they have to, but they like to get the rush with four guys. Then, they run combination coverages on the backend. So, there’s a big philosophy change. More zone coverage. Less blitzing.

I like what they are doing. They are really excited about their rookies. There are a lot of positives going forward. This offseason, eight NFL coaches were fired meaning there are eight new head coaches heading into their first preseason with their new teams this week. Each of them will face a different task to become successful coaches in a league that is unforgiving to those who don’t succeed quickly. Here’s a breakdown of each new […] 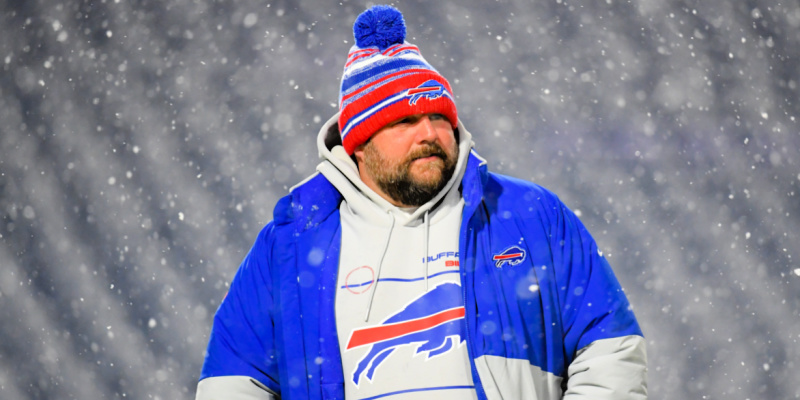 During this coaching cycle, the head coaches that have been hired with prior head coaching experience include Doug Pederson (Jaguars), Lovie Smith (Texans), Dennis Allen (Saints) and Josh McDaniels (Raiders). Each will bring expertise to the building that cannot be learned: the experience of running a franchise.  The other five head coaches hired without previous […] Chicago Bears: While not official, Ian Rapoport reports that the Bears will likely move on from current head coach Matt Nagy at the conclusion of the regular season. Jacksonville Jaguars: Interim Head Coach: Darrell Bevell Per Tom Pelissero, Cowboys OC Kellen Moore is expected to interview virtually for the Jaguars’ head coach job late next […]