Jaylen Waddle Might Be the No. 1 Wide Receiver in the 2021 NFL Draft 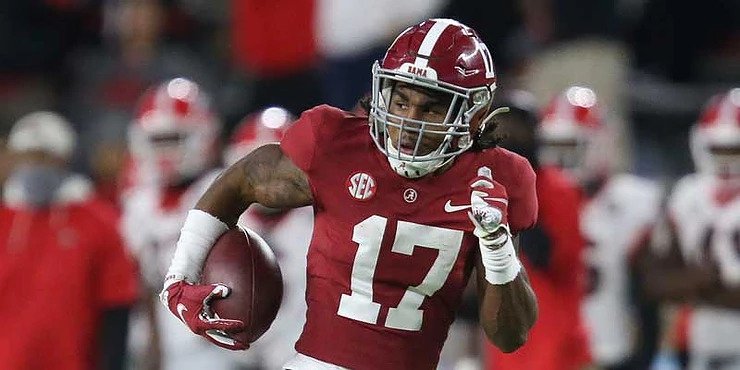 According to a random sampling of recent mock drafts, the first wide receiver off the board this year will be either Alabama’s DeVonta Smith or LSU’s Ja’Marr Chase. But when former NFL head coach and long-time offensive coordinator Chris Palmer broke down film of the top WR prospects for this week’s 33rd Team Call, he offered a different option: Jaylen Waddle.

Before Waddle’s injury in 2020, Alabama “went out of its way to get him the ball,” Palmer noted.

Former New York Giants head coach Ben McAdoo, who was on the call this week, joined the conversation. McAdoo recalled spending some time at Alabama a few years ago, when the Tide roster included Waddle, Smith and 2021 first-round picks Jerry Jeudy and Henry Ruggs.

“All four of those guys were there,”: said McAdoo, “and (Waddle) was the guy who looked like he would be the most explosive out of all four of them… He’s pretty special looking.”