Calculating the Most Valuable Draft Picks of All Time In building an NFL roster, the only thing that truly matters is production. If a player produces, they add value. If they don’t, they’re taking up a coveted roster spot. To create a championship-caliber team, a GM must identify players who can produce more than the value invested in them. A $20 million edge rusher putting up 10 sacks per year is good but doesn’t add value over what was invested in them. Since the 2011 CBA, most value in the league has come from young players outperforming entry-level contracts before hitting their payday, but it’s important to consider the draft capital invested in the player when looking at how much value they are truly creating. Andrew Luck was unquestionably a better QB than Kirk Cousins, but he was also selected 101 picks earlier – so who created more value?

By using Chase Stuart’s Draft Value Chart, we can assign an expected amount of production to each draft pick (specifically Approximate Value, or AV), and then compare that to how the player performed over their first five seasons. Why only five seasons? By the end of their rookie deals, star players will typically get a huge new deal, whether with their drafting team or in free agency, and cease being as valuable.

Jumping back to the Andrew Luck vs. Kirk Cousins debate, you might notice that Luck went to the Pro Bowl in each of his first three seasons while Cousins only started nine games, but Cousins had slightly more production over the next two seasons when Luck got hurt, and even made a Pro Bowl of his own. According to the Draft Value Chart, we would expect the first overall pick (Luck) to accrue 38.2 AV, while the 102nd overall pick (Cousins) should get 8.7 AV. Over his first five years, Luck’s 65 AV created an excess value of 26.8, while Cousins’ 31 AV created 22.3. It’s surprisingly closer than many would expect, but Luck did indeed create more value even after accounting for his far higher draft spot.

Note: Stuart’s Draft Value Chart officially prescribes 34.6 AV to the first overall pick and 5.1 AV to the 102nd, but he subtracted 3.6 AV from every pick so that the final selection would have 0.1. This study uses his findings sans that adjustment.

So who are the most valuable players ever? We can use this methodology to compare every NFL player who entered the league since the 1970 merger, creating an interesting cross-section of newer and older talent. Starting below with the offense, we look at why these players weren’t drafted higher and who might have fallen for similar reasons in the 2021 NFL Draft.

You could be forgiven for thinking Tom Brady would immediately lead this list. However, it’s easy to forget that the future Hall-of-Famer threw only three passes as a rookie and hadn’t yet hit his heights as a passer before his rookie deal ran out – so he checks in at only 14th among QBs and 81st among all players. Regardless, Jeff Garcia and Russell Wilson are at the top of this list, and for good reason. Both set the league on fire with multiple Pro Bowl nods after falling in the draft (or out of it altogether) due to size concerns. Two comparable players from this cycle were SMU’s Shane Buechele and Appalachian State’s Zac Thomas, both going undrafted after measuring in at just over 6-0. An older name follows in third place in Seattle’s Jim Zorn. While he may not have had a ton of career longevity, the lefty and AFC Offensive Rookie of the Year was highly productive on the field. Falling out of the draft due to a weaker senior season and a small-school background, his profile draws comparisons to UDFA K.J. Costello, who unsurprisingly didn’t excel in the COVID-sabotaged 2021 season after transferring cross-country. Dak Prescott is one of the youngest members of the study, famously falling to the fourth round due to inconsistency and concerns about a college-style offense. Sam Ehlinger’s selection in the sixth round is the comparison, winning over 30 games at a premier school but notching almost 2,000 career rushing yards. Finally, Dan Marino’s draft-day slide to the end of the first round is something that the league regrets, as his struggles as a senior clearly didn’t prevent him from putting up five straight Pro Bowl seasons and numbers that can only be described to younger fans as “Mahomes-like” to begin his career.

Although a trio of highly-familiar names in Curtis Martin, LaDainian Tomlinson and Maurice Jones-Drew barely missed the cut-off (finishing 11th, 12th and 13th), this selection speaks to how the modern game doesn’t utilize running backs in the same way. Kicking off with a pair of Hall of Famers who fell due to injury concerns, Thurman Thomas and Terrell Davis put up nearly 13,000 combined rushing yards in their first five seasons. Only 18 running backs were selected in 2021, but the 49ers decided to look past the similar (general) injury issues of Trey Sermon in the third round, while the Dolphins did the same for their seventh-rounder, Gerrid Doaks. The third name on this list isn’t familiar to many, but William Andrews was a fantastic FB/RB who went to four Pro Bowls in his first five seasons before seeing his career all-but-ended by a knee injury. Interestingly enough, he didn’t fall to the third round of the 1979 NFL Draft for injury concerns, but rather because of his college role – primarily as a blocker. Khalil Herbert’s college role as “only” a runner may have contributed to his draft slide as well before the Bears scooped him up in the sixth round. Fourth-place Emmitt Smith needs no introduction and Ricky Watters’ injury history didn’t stop him from putting up 45 total TDs in his first five years – UDFA Jaret Patterson may carry some injury risk due to his frame and 636 career carries but will dream of matching Watters’ production.

Tyreek Hill is the headliner here, but his draft fall was far less surprising than the fact he was picked at all due to his serious off-the-field allegations. Randy Moss carried some character concerns entering the 1998 draft, falling to the back-half of the first but dominating. Ihmir Smith-Marsette may have also fallen in the 2021 draft due to character concerns before he, too, was drafted by Minnesota, but will be given his chance to create excess value on the field as long as he can stay on it. Drew Pearson wasn’t selected in any of the 17 rounds of the 1973 NFL Draft and needed to excel on special teams even to make the Dallas roster given his limited experience as a WR in a small-school, run-first offense but is a deserving 2021 Hall of Fame selection. Although run-first college offense is almost an oxymoron these days, Frank Darby from Arizona State had a similar issue, although the Atlanta sixth-round pick has slightly more roster security due to his draft status. Jerry Rice fully falls into the Emmitt Smith camp of “any draft spot would have been a steal,” which will continue to add more members as we progress. Finally, it’s almost hysterical to look back on Ohio State’s Michael Thomas as a product of his team after catching passes from Cardale Jones and J.T. Barrett next to Jalin Marshall and Braxton Miller, but it was a legitimate concern at the time and his 4.57 40-yard dash didn’t help matters. We may look back and see 2021 fifth-round Kansas City selection Cornell Powell in a similar light.

It’s Antonio Gates’ world, and we’re all just living in it. The man redefined the position and dominates these rankings handily, but there’s no clear comparison in 2021 to a player who didn’t even play college football. The closest might be undrafted former TCU TE Pro Wells, who has only played 16 games of football at the D1 level after a JUCO season and only a single season of football in high school. Bob Tucker is an unfamiliar name out of Bloomsburg University, but the TE was a key part of one of the NFL’s top offenses in the days of Fran Tarkenton and Norm Snead. Vikings fifth-rounder Zach Davidson faces a similar climb from Central Missouri, even punting in college. The next three names are all far more familiar, starting with Jimmy Graham. Another collegiate basketball player, he played only 13 games of football at the University of Miami. Rob Gronkowski is next, managing to stay healthy for the majority of his rookie contract despite significant injury concerns pre-draft. Finally, Kellen Winslow was the first TE off the board in 1979 and one of the earliest ever drafted, joining the aforementioned group of players who significantly beat high expectations with Emmitt Smith and Jerry Rice. As the highest-drafted TE ever, Kyle Pitts has incredible expectations on his shoulders to join this grouping.

Joe Jacoby is the first, but certainly not the last “Hog” to make this list, with the former UDFA being named a First-Team All-Pro twice and winning a Super Bowl before his fifth season had even started. With Jacoby and the rest of these lineman, a lack of counting stats and the difficulty in evaluation leads to players sliding for reasons not seen at other positions. Jacoby himself may have fallen simply due to playing on an average Louisville team that went only 16-16 over his tenure, similar to ECU’s D’Ante Smith even though still was drafted in the fourth round. Thirty years later, David Bakhtiari’s career at Colorado fell into a similar boat as he chose not to return to for his senior season with a new HC at a 1-11 team. Bills’ 2021 third-rounder Spencer Brown similarly had an extensive injury history and chose not to join the spring season of 3-5 Northern Iowa. Nothing needs to be added for the out-of-the-gates dominance of Richmond Webb and Anthony Munoz, but Marcus McNeill might be a surprise as the fifth-place finisher. Falling to the second round and only being able to play six NFL seasons due to consistent injuries and spinal stenosis, he was dominant when he was on the field, even with a broken hand.

As the most valuable lineman in this study, Kent Hull actually spent his first three seasons blocking for Hershel Walker in the USFL (which isn’t counted here) before taking over at center for Buffalo in 1986. After two average seasons, he put together some of the most dominant seasons for an OL of all time. Similar to some of the OTs, he was passed on in the 1983 NFL draft because of an average team, getting overshadowed by Mississippi State teammate Michael Haddix (RB). Likewise, second-place “Hog” Russ Grimm was a member of a University of Pittsburgh team with Dan Marino and OG Mark May, both of whom were drafted before him. Of the 2021 IOL crop, Ryan McCollum was similarly overshadowed by Kellen Mond and company, going undrafted. Jahri Evans is the most recent name on this list, as the Bloomsburg alum faced questions about his small-school background and the move from tackle to guard that will likely sound very similar to 2021 UDFA Robert Jones of Middle Tennessee. Larry Allen is another small-school success story who excelled despite injury concerns, while Steve Wisniewski was actually the second OG taken in 1989 and one of only 13 members of that class to still be playing by 2001. 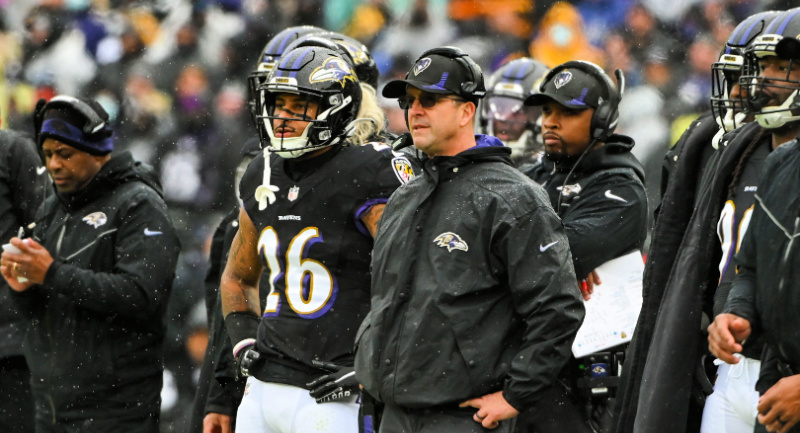 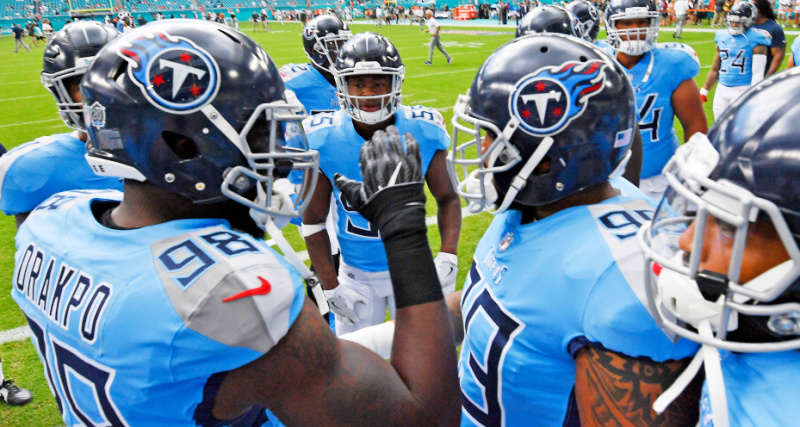