The Denver Broncos offense is about to become one of the best in the league, very quickly. Consequently, the defense is in a place and has its leaders to set the tone. With the front office and staff now working in sync, this team can go places.

The acquisition of Russell Wilson will have Denver playing at the highest level possible. Equally, receiving group he has is deep with some top-end talent. They have some younger guys at a couple of positions but overall this offense is set up nicely. In their division they are going to have to score a lot of points, Wilson and this Broncos offense can do that.

In the past, Russell Wilson has been one of the most sacked quarterbacks in the league. Previously we talked about the receiving group and it seems like Courtland Sutton is having a healthy camp, that will go long way. His veteran presence around guys like Javonte Williams, Jerry Jeudy, and Greg Dulicich is going to be instrumental.

Similarly on defense, players and leaders are in place. Looking at it from top to bottom they are in a very good place to find success. The Broncos offense at times may serve as the complement to this defense. George Patton made a great pick last year with Patrick Surtain II, alongside Justin Simmons will do wonders for a long time. Not many teams can boast they have such a young and top-level duo in the defensive backs group.

New Head Coach Nathaniel Hackett will have the offense cleaned up in a few spots. His leadership in Green Bay we know was something that Aaron Rodgers loved to have. He with Wilson and this Broncos offense could prove to be one of the best relationships in the league.

Hackett and Patton both should be very proud of where they have this Denver team.

The deadline for players who have received a franchise tag to sign a multi-year extension is 4 p.m. ET on July 15. Once the deadline has passed, these players cannot negotiate with their current team until after the 2021 season. In the recent past, about half of the franchised players ended up signing a new […]

Last week, we brought you the popular “Building the Ultimate 2021 NFL Roster (Under the Cap).” An exercise you’ll see across the internet, our piece was no different in searching for the best bargain-bin superstars to put together a coherent roster. Here, we’ll give you a deep dive into the tactics that we used to […] 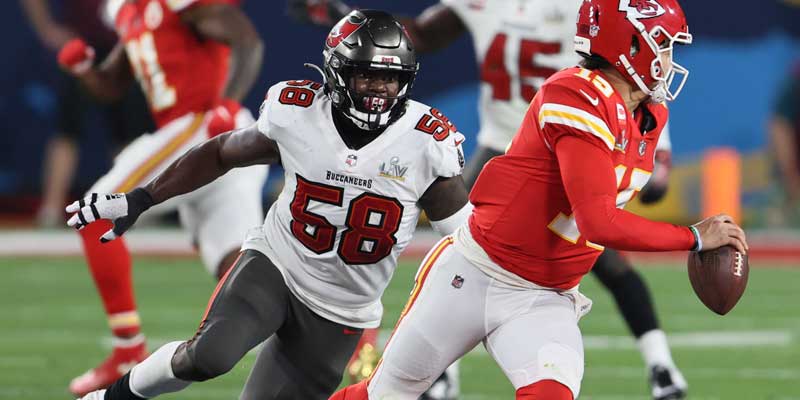 The deadline for NFL teams to use their franchise tag came and went this week, with 10 clubs exercising that option: What did we learn from those decisions? Here are some key takeaways: Who shouldn’t have been franchised? Cam Robinson, OT Jaguars: I don’t see him at that level of a player – he struggled […]