Josh Larky and Marty Mornhinweg dive into the different types of backup QBs and how to evaluate their current and future value to a team. Can players like the Jets’ Mike White and the Browns’ Jacoby Brissett win starting jobs? We’re onto Week 13, which feels like the tail end of the season, but that still means there are six weeks left to go. That’s good news for some teams who are currently in last place in their divisions despite winning records, like the Patriots and the Commanders. The Commanders are actually in playoff position […] 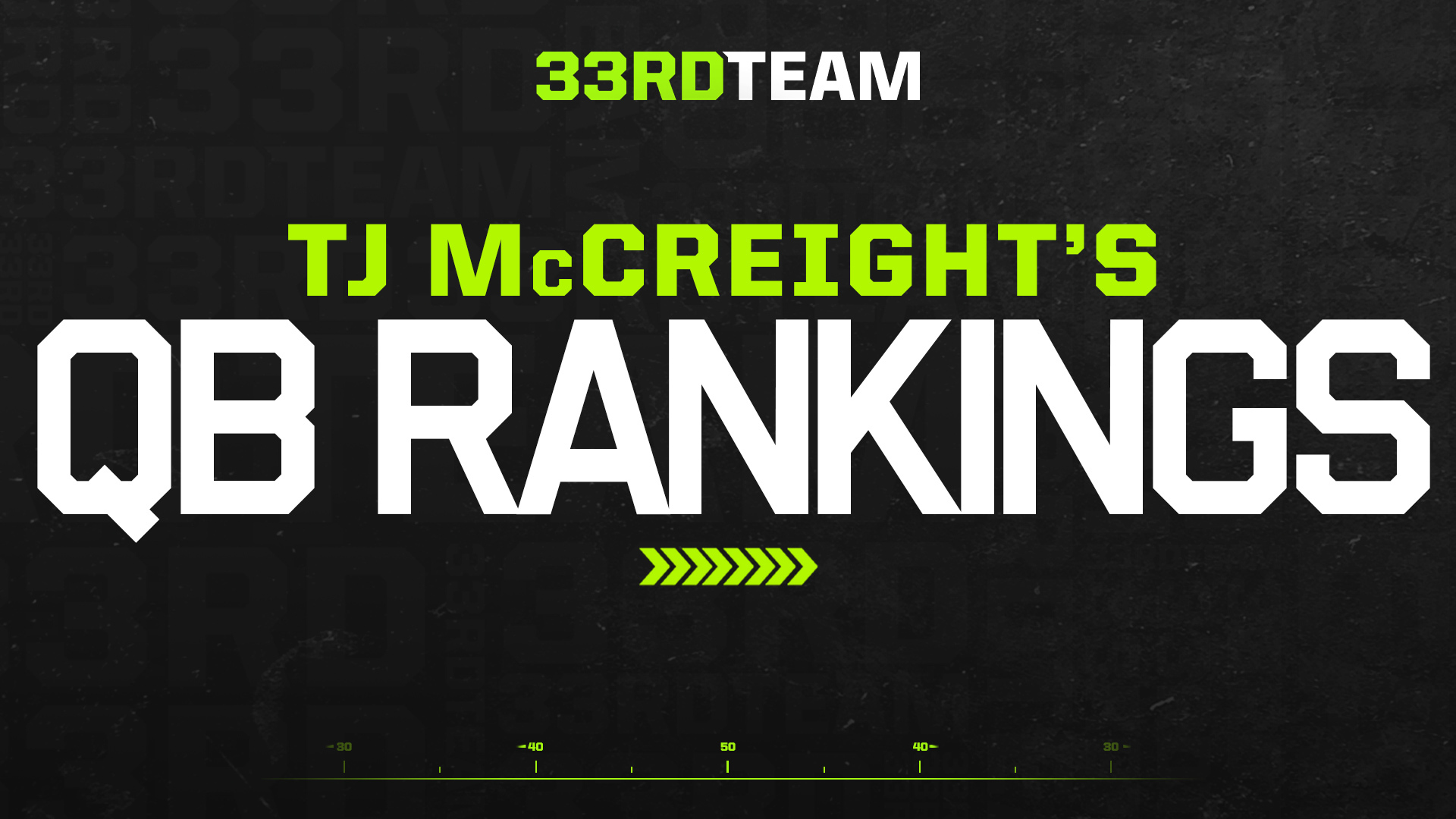 Comment: Nobody creates magic like Mahomes. The Chiefs’ offense hasn’t slowed up much despite the loss of Tyreek Hill this offseason.

Comment: His growth in the passing game coupled with his ability to run is elite. The Eagles may have lost on Monday night, but Hurts has still performed well this season.

Comment: Despite the elbow injury Allen dealt with, he showcased what makes him special. The Bills’ offense as a whole has been fun to watch all year and Allen is the main component in that.

Comment: What a resurgent year for Smith. He has Seattle atop the NFC West despite the team’s loss to the Buccaneers in Germany.

Comment: After a rough start to the season, the Super Bow hangover seems to be over for Burrow and the Bengals. He has seemingly found his rhythm and has only thrown two interceptions since Week 2.

Comment: Despite his contract being a lingering issue, Jackson has demonstrated he is worth whatever contract comes his way.

Comment: He has thrown for 10 TDs and 0 INTs in the last four wins for Miami. He’s now got them leading the AFC East after Buffalo’s loss to the Minnesota Vikings.

Comment: In what has turned into a hard season, Brady has not given up and is coming off an impressive win against the Seahawks. He’s also still second in the NFL in passing yards.

Comment: Cousins made some impressive throws in overtime to give his team their biggest win of the season. Don’t overlook the Vikings with Cousins playing the way he is.

Comment: Despite missing Keenan Allen, Herbert has done his best to keep the Chargers afloat. He does need to tone down the turnovers as he has thrown an interception in four straight games.

Comment: He has done a good job of avoiding sacks recently and has secured consecutive wins against teams from Los Angeles.

Comment: Rodgers got a much-needed win against the Dallas Cowboys on Sunday. However, his three interceptions against Detroit last week bumps him down the list.

Comment: He couldn’t get the job done at Lambeau, but Dallas has put up 101 points in the last three weeks since his return.

Comment: Played okay against Seattle, however, his six fumbles (and two lost) in the last four weeks have hurt the Cardinals this season.

Comment: While Fields has been growing in his passing attack, the way he has used his legs to have 325 rushing yards in three games is simply outstanding.

Comment: While the Raiders as a whole have not played their best, Carr has been somewhat of a bright spot for the team.

Comment: Tennessee is glad to have their franchise quarterback under center once again. He did enough to earn a win this week and most importantly, he didn’t turn the ball over.

Comment: Last year, Jones’ problem was turnovers. In 2022, he hasn’t thrown an interception since Week 2 and has the Giants at 7-2.

Comment: Lawrence played well against the Chiefs. He linked up with Christian Kirk for two more touchdowns.

Comment: Wilson simply hasn’t elevated this Broncos offense the way we all expected. He is taking far too many sacks (at least three in every game since Week 2).

Comment: He has the same number of INTs and TDs all with a decimated OL. He’s struggled during the Rams’ attempted Super Bowl repeat so far this season. His favorite target, Cooper Kupp, is going to be out for at least the next four weeks after ankle surgery.

Comment: The Lions are starting to figure some things out. Goff has played well in his last three games with just one interception and two wins against the Packers and Bears.

Comment: Brissett has 748 pass yards in the last three games without an interception, and he’s doing his best to help the Browns win.

Comment: He has led Washington to wins against the Packers, Colts and now the once-undefeated Eagles. He only lost to Minnesota by three points.

Comment: Despite a tough performance on Thursday night football, he’s proving to be a key reason why Atlanta is one game behind the NFC South lead.

Comment: Ryan played within himself in Jeff Saturday’s debut, and has a real opportunity going forward with the new coach.

Comment: Wilson led the Jets to a monumental victory over Buffalo, and he hasn’t thrown an interception in four of his last five games.

Comment: The former first-round pick has thrown an INT in five of his six starts and only has 354 pass yards in his last three starts. The Patriots need more out of the quarterback position in a competitive AFC East.

Comment: Dalton hasn’t elevated the New Orleans offense, leading to four losses in the last five contests with six picks during that span.

Comment: Mills has thrown an interception in his last four games leading to four straight Houston losses in the process.

Comment: Despite winning at home against the Saints, he has thrown just two touchdowns in his rookie campaign thus far.

Comment: Mayfield is taking over for the Panthers again after PJ Walker’s recent injury. He led three scoring drives against the Cincinnati Bengals the last time he was on the field. Below, you’ll find 5 Underdog Fantasy High/Low Picks to put your hard-earned money on.  If you’re new to Underdog Fantasy, sign up with promo code “33rd” for a 100% deposit match up to $100. Mike Gesicki higher than 25.5 Yards Gesicki has found his place in the Miami offense, going over this total in 5 […] If you are new to DFS, check out our introductory pieces, such as DFS 101, Contest Selection, Stacking, Rostership, Leverage and Lineup Construction. Below we will take a look at some of the double stacks, single stacks and mini stacks I will be looking to take advantage of this weekend. If you have any questions, ask […] The Bengals’ offense has hit its stride of late but now, without explosive plays from wide receiver Ja’Marr Chase (hip), they have to figure things out anew. Cincinnati’s offensive line needs to step up and prevent quarterback Joe Burrow from getting hit despite allowing three sacks in every game this season.  The Browns are on […] 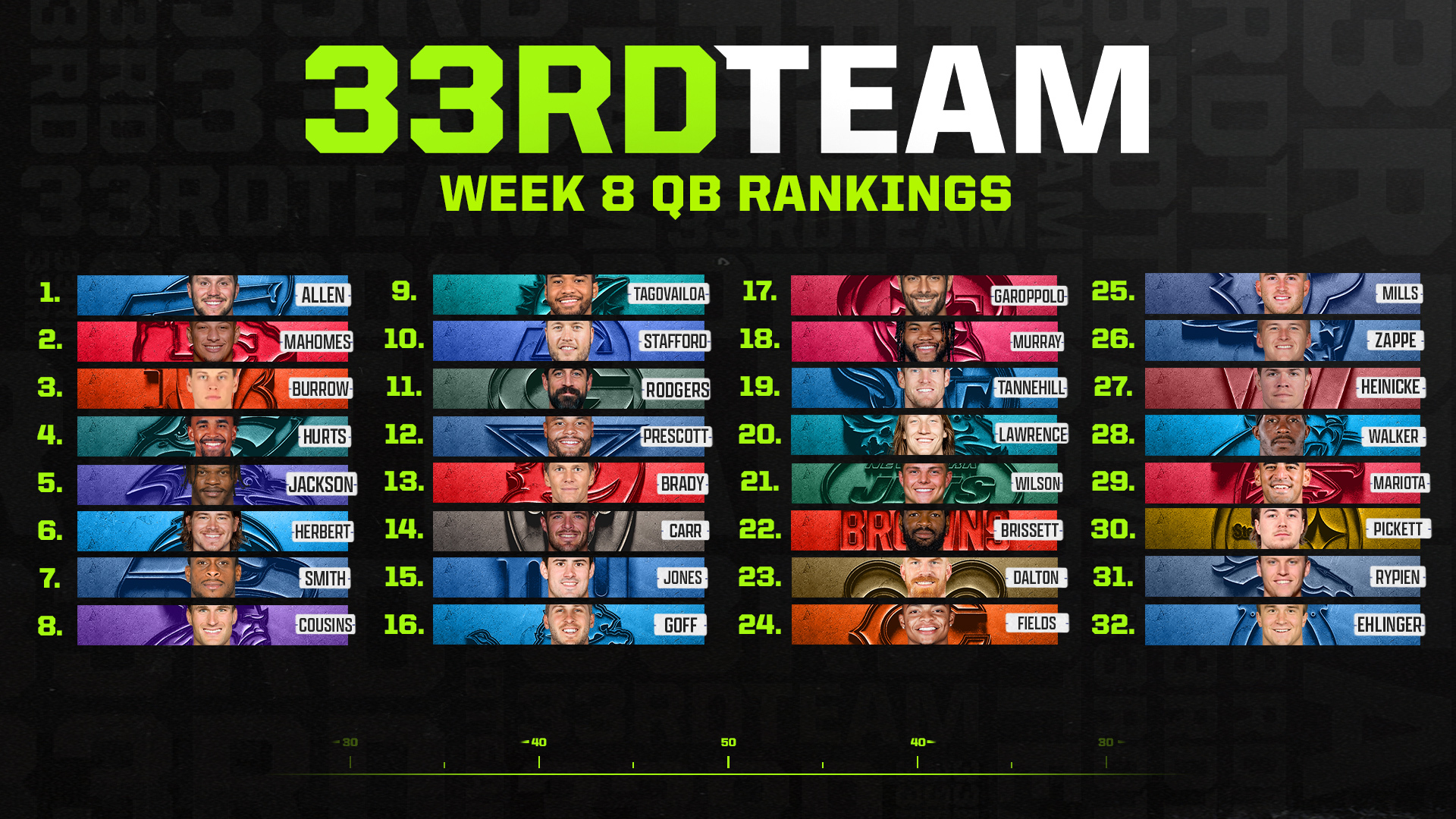