Was The Deshaun Watson Trade The Right Move For The Cleveland Browns? 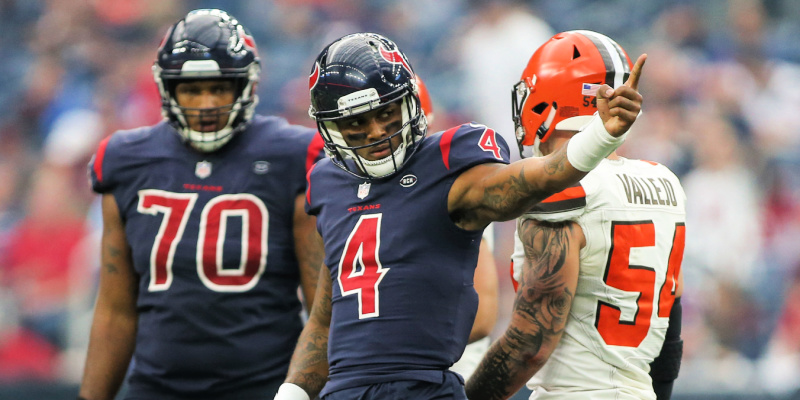 As the stunning news of Deshaun Watson has been widely reported, let’s look at all of the reasons they would turn the football world on its head.

First, the obvious is that he’s a 26-year-old Franchise QB in the prime of his career.  Was there a price that would be too much for them considering their options? Further complicating the analysis is the still pending 22 civil law suits against him for alleged sexual misconduct.

From a player procurement standpoint, the factors the Browns had to consider were all viable options in the NFL (Jimmy Garoppolo, Matt Ryan, Jameis Winston). Clearly, Watson was dramatically better than any option and for the foreseeable future.

From the perspective of the Draft, Kenny Pickett and Malik Willis aren’t in Watson’s stratosphere, while 2023 brings Bryce Young, who could play himself into a dominant difference making QB. The chances of Cleveland being able to land Young are remote at best.

Looking at the collective pro/college landscape, three first-round picks, a third-round pick and fourth-rounder for Watson and a fifth-round pick is justifiable, even though from a historical standpoint only Herschel Walker went for a package that included three firsts when he went from Dallas to Minnesota.

To effectuate this transaction, Cleveland — knowing that the Saints and Falcons were ahead of them — had to make an offer that couldn’t be refused. Giving Watson $46 million per year for 5 years fully guaranteed fits into that category. We’ll never know how much of a premium Cleveland had to pay to get Watson. Could they have landed Watson at $175/200 million in guarantees?

Clearly, Watson’s preference for the South or warm weather quickly became erroneous when Cleveland committed $230 million. I’ve been in the situation countless times when an agent gives you a framework of what it’ll take to get a deal done — when you’re “behind” and have to overpay in order to surpass the team in the lead.  Sometimes you pay the bill, sometimes you don’t, but to pay $80 million more than Aaron Rodgers’ recent guarantee of $150 million is stunning. There’s a fine line between aggressive and reckless, and while this is a franchise QB we are discussing, I couldn’t sign off on a deal that fully guarantees a player that amount of money.

The 22 lawsuits that are still pending contain very significant and alarming allegations must be dealt with as well. The Browns front office is apparently comfortable with the facts, as they know them, in order to do this deal. This would include the Owner, GM, Head Coach, Players, Staff Members and other key community stakeholders having a complete and full understanding of the facts and Watson’s alleged behavior.

Case Keenum will likely have to start and play 4-6 games in 2022, and how he does could very well impact whether the Browns ultimately make the playoffs this coming season.

From an offensive standpoint: Wow.

Nick Chubb, Amari Cooper, David Njoku and Kareem Hunt give the Browns an incredible offense.  Factoring in the age and accomplishments of Joe Burrow and Lamar Jackson, the AFC North has three incredible QBs that should be competing against each other for years to come. Having Watson doesn’t guarantee success, but does give Cleveland a meaningful chance each year.

This trade and extension will have ramifications for years;