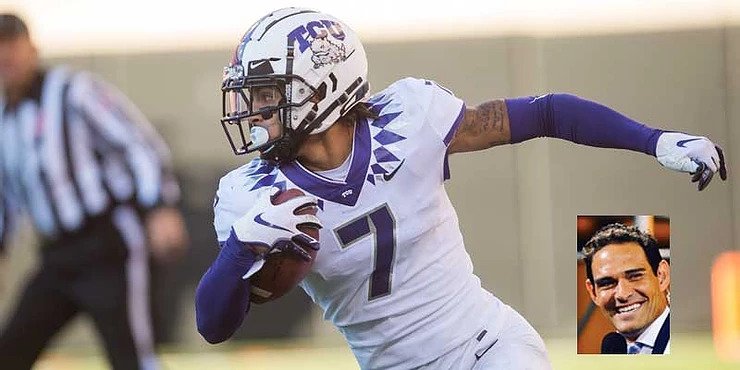 Quarterbacks always have to know where the safeties are on the field, so who better than a veteran QB to analyze some of the best safeties available in the 2021 NFL Draft? On this week’s 33rd Team Call, former Jets QB and current ESPN analyst Mark Sanchez broke down film on TCU’s Trevon Moehrig — the 33rd Team’s top-ranked safety prospect — as well as Central Florida’s Richie Grant and Georgia’s Richard LeCounte III.

Sanchez on Moehrig: “Clearly, he studies and understands scheme, seems like a real cerebral player.” Watch the video:

Sanchez on Grant: “He’s one of those guys that, in an offensive meeting we’d say, ‘You better look this guy off. Don’t stare at somebody for five steps… because this guy will make you pay for sure.” Watch the video:

Sanchez on LeCounte: “He has no problem jumping up in the slot and covering the best wide receiver in football. That tells me a lot about his confidence and his ability.” Coaches Corner: Do You Want the Pocket Passer or the Mobile QB?