MOBILE, Ala. — The Senior Bowl is an annual event where more than 100 college players from across the country descend upon this Alabama city for a college all-star game and NFL draft showcase. It’s also an unofficial NFL convention with coaches, general managers, scouts and agents all in the same vicinity for a few […] MOBILE, Ala. — The Senior Bowl has showcased plenty of talented wide receiver prospects in the past, including recent alums Terry McLaurin, Brandon Aiyuk, Michael Pittman Jr. This year’s group features some of the best receivers in college football. Below are three I am intrigued to watch this week. All height and weight measurements were […] The Senior Bowl kicks off this week, and the practices and game will provide scouts with a first-hand look at some of the top prospects in the 2023 NFL Draft. Aside from those prospects, there are some players who may not be as well known during the pre-draft process who could stand out this week. […]

The Senior Bowl is where a lot of players can go and make money if they play well, especially during the practices and when they get around NFL coaching.

There are three guys that stick out to me as players who could do well this year, and they’re all edge rushers.

When you watch Wilson’s film, he has tremendous size (6-foot-6, 275 pounds) and burst, and I think he potentially could be the best pass rusher of anyone in this draft. If he goes down to Mobile, Ala., and shows out the way that I think he’s going to, teams will have to weigh their options between him and Myles Murphy from Clemson, who won’t have the same opportunity to impress scouts at the Senior Bowl because he declared for the draft after his junior season.

With a string of strong practices, Wilson could be the second edge rusher off the board after Alabama’s Will Anderson.

Carter got approved to play in the NFL (after speculation that he might have to serve). When you watch his film, he’s long (6-foot-7, 265) and athletic with tremendous burst. He needs to get a little stronger at the point against the run, but he has an opportunity to go down to Mobile and play against the best of the seniors in this year’s draft.

If he can show up against top-level competition, he could solidify himself as a first-round prospect.

You can’t build a better body to play defensive end than Harrison’s 6-foot-6, 270-pound frame. When I watched him on video, the issue I saw was he was more disruptive than productive. He started playing better toward the end of the year. I thought, in the beginning, he did not have a lot of production, registering only eight tackles and zero sacks in Ohio State’s first five games.

But if you take a guy like this with all his physical traits — I think he’s going to run well — and develop him as a pass rusher, he has potential. He has a chance to shoot up the boards because it is tough to find guys with his size and speed. For the sixth straight week, our Reese’s Senior Bowl scouting team will be on 10-plus college campuses around the country. Follow @JimNagy_SB on Twitter all day Saturday to see up-close field-level videos on the following players (and many more): Friday Houston at Memphis | 7:30 pm ET | ESPN2 Houston WR Tank Dell: I was […] 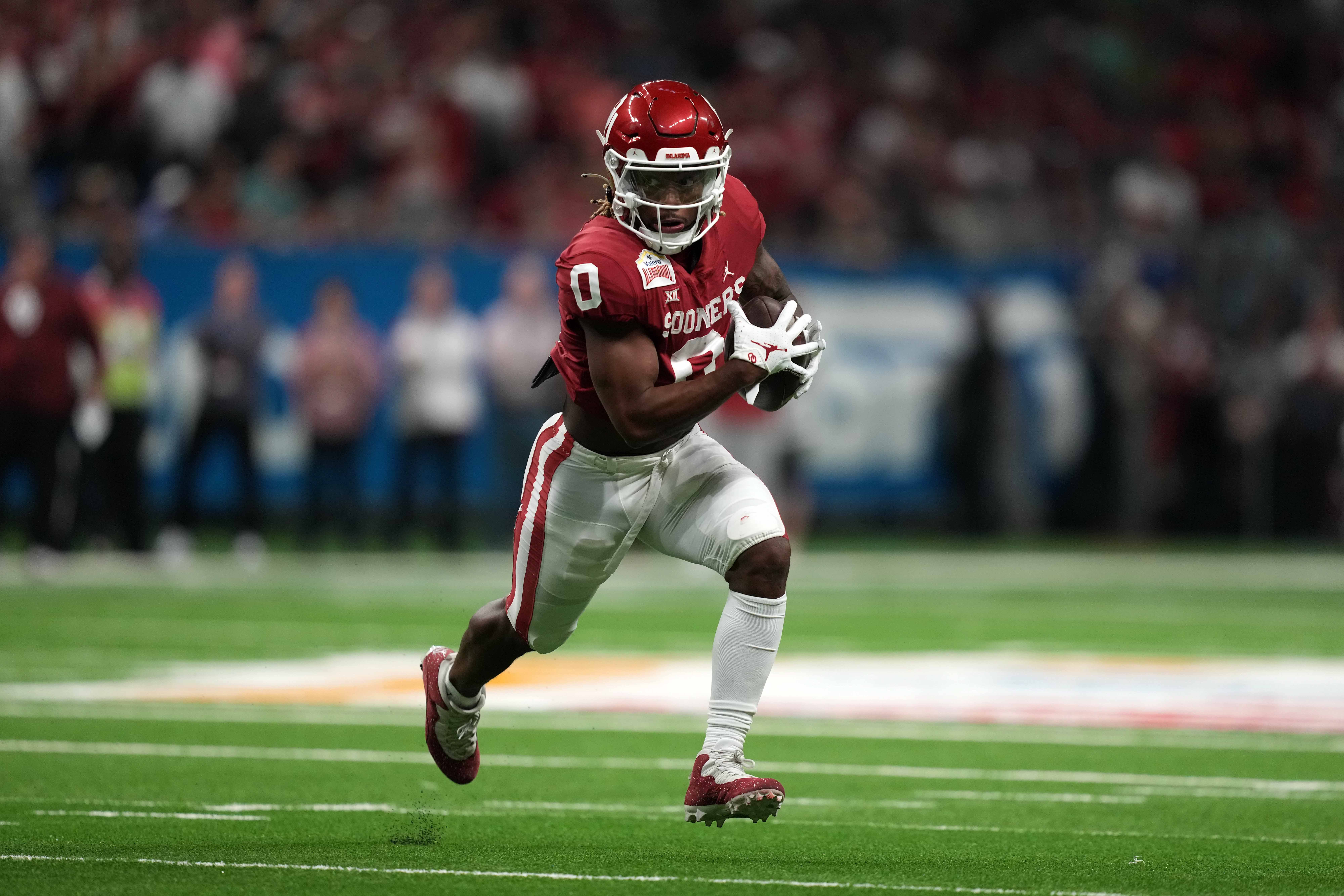 The Reese’s Senior Bowl scouting team hit 27 games during the first two weeks of the CFB season, and they’ll be at 10 more game sites on Saturday. Here are thoughts from our Senior Bowl scouts on some of the players they’ll be looking at in each game (all times ET): Saturday Georgia at South […] Editor’s note: Jim Nagy was an NFL scout for nearly two decades, having worked for the Green Bay, Washington, New England, Kansas City and Seattle.  In 2018, Nagy took over as executive director of the Senior Bowl. Each week, Nagy will shares his notes on players his scouts at the Senior Bowl are on the […] As many receiving yards per route run as Jerry Jeudy. A higher yards per carry than Travis Etienne. More yards per kick return than Devin Hester. Christian Watson has seemingly come out of nowhere to impress at the Senior Bowl, but the tape has been selling this story for years. Let’s take a deeper dive […] With day two in the books, here are five players who our team of scouts felt stood out from the pack. To find out top 5 Senior Bowl standouts from Day 1, click here. 5. Sam Williams – EDGE, Ole Miss Sam Williams was a late addition to the Senior Bowl roster and he immediately […]