Conference Championship Weekend is quickly approaching, and we have the two best matchups we could have possibly asked for. Both games should deliver an entertaining duel amongst rising superstars on both sides of the ball. Fans are eager to see which teams finish on top and advance to the Super Bowl. However, the main question […] A great divisional round saw my picks go 4-1 with Hayden Hurst ruining our chances at a perfect week. We are 6-4-1 for the playoffs this year, and with so many lines posted this week for these two games, there are some great values to be found. As always, I included a confidence rating out […]

With so many weapons on the 49ers side, it can be hard to pick which one will go off for DFS purposes. Jordan Vanek is leaning Brandon Aiyuk against James Bradberry, while Greg Jennings says George Kittle could excel vs. the Eagles linebackers. The Bills have been vanquished – without much of a fight either. While that is sad, we get to look forward to two great Conference Championship matchups. There is a pattern for these four remaining teams: young QBs. Three are still on their rookie deals. There is something to be said about using cap space […]

Matt Cassel and Marty Mornhinweg commend 49ers quarterback Brock Purdy on his early career success but acknowledge that a road playoff game in Philadelphia is a tall task for any quarterback … especially a rookie. 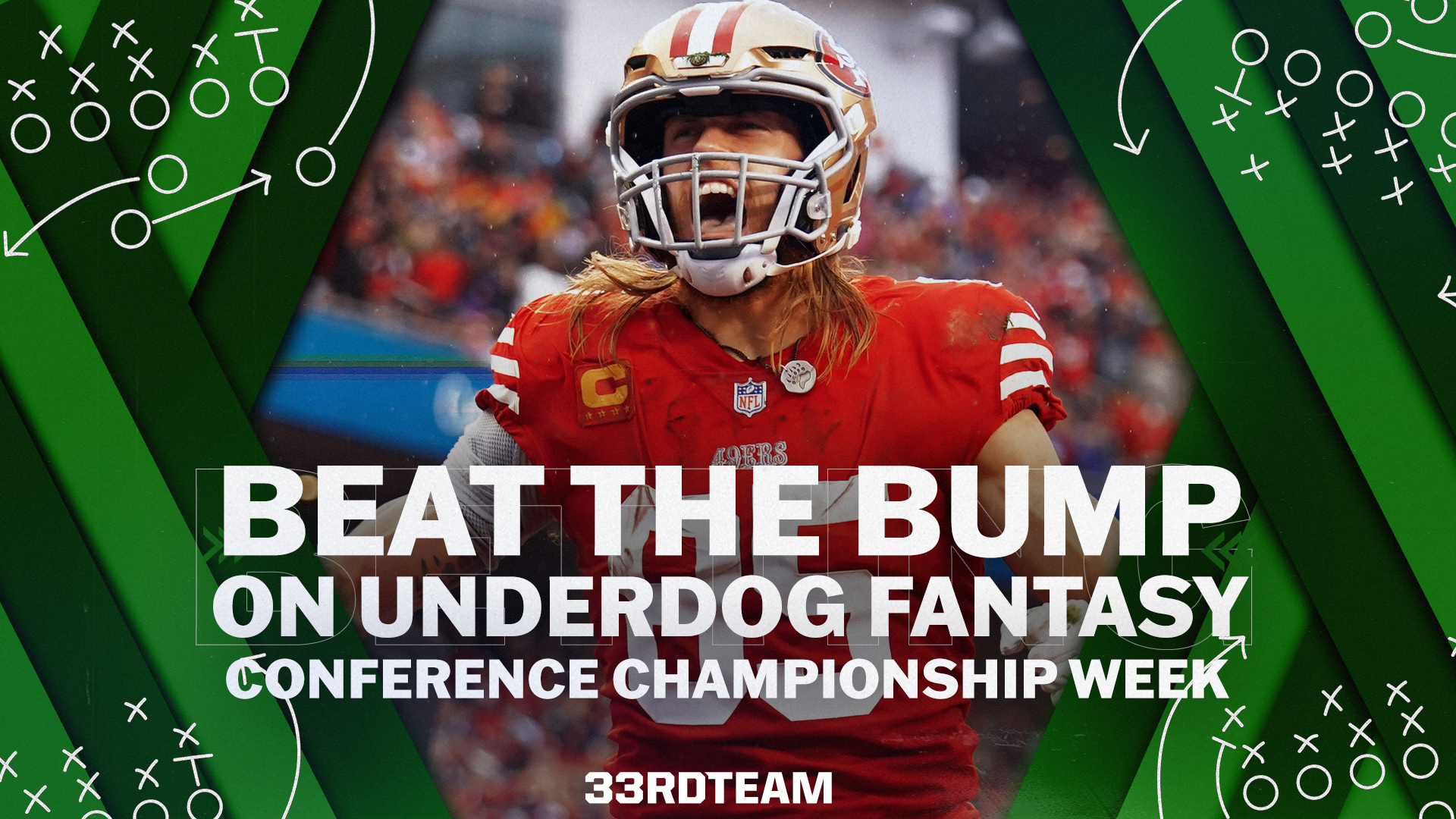 Last week all three plays bumped as expected, with Gabe Davis jumping 10 receiving yards, giving us nearly a 20% discount on the final line. Unfortunately, the bumps were not helpful and the picks went 1-2. With only two games this weekend, all eyes are going to be on these lines. That makes value even […]

George Kittle‘s amazing catch that set up the 49ers’ winning touchdown was completely off script. The tight end was looking for some open space, and quarterback Brock Purdy recognized there was an unexpected opening and took a shot.

Travis Kelce will undoubtedly be the top tight end drafted in fantasy football in 2023, but who will come in at No. 2? Without an obvious choice, Josh Fewster breaks down the three potential names he expects to be in the running.