Welcome back to the Week 12 installment of the high-value touch report. I examine the rushing and receiving data in the red zone, goal-to-go and third/fourth down situations. Fantasy football is humbling, and sometimes the most logical and data-focused analysis doesn’t pan out. Or the one-game sample turns into a trend we might have missed, like […] 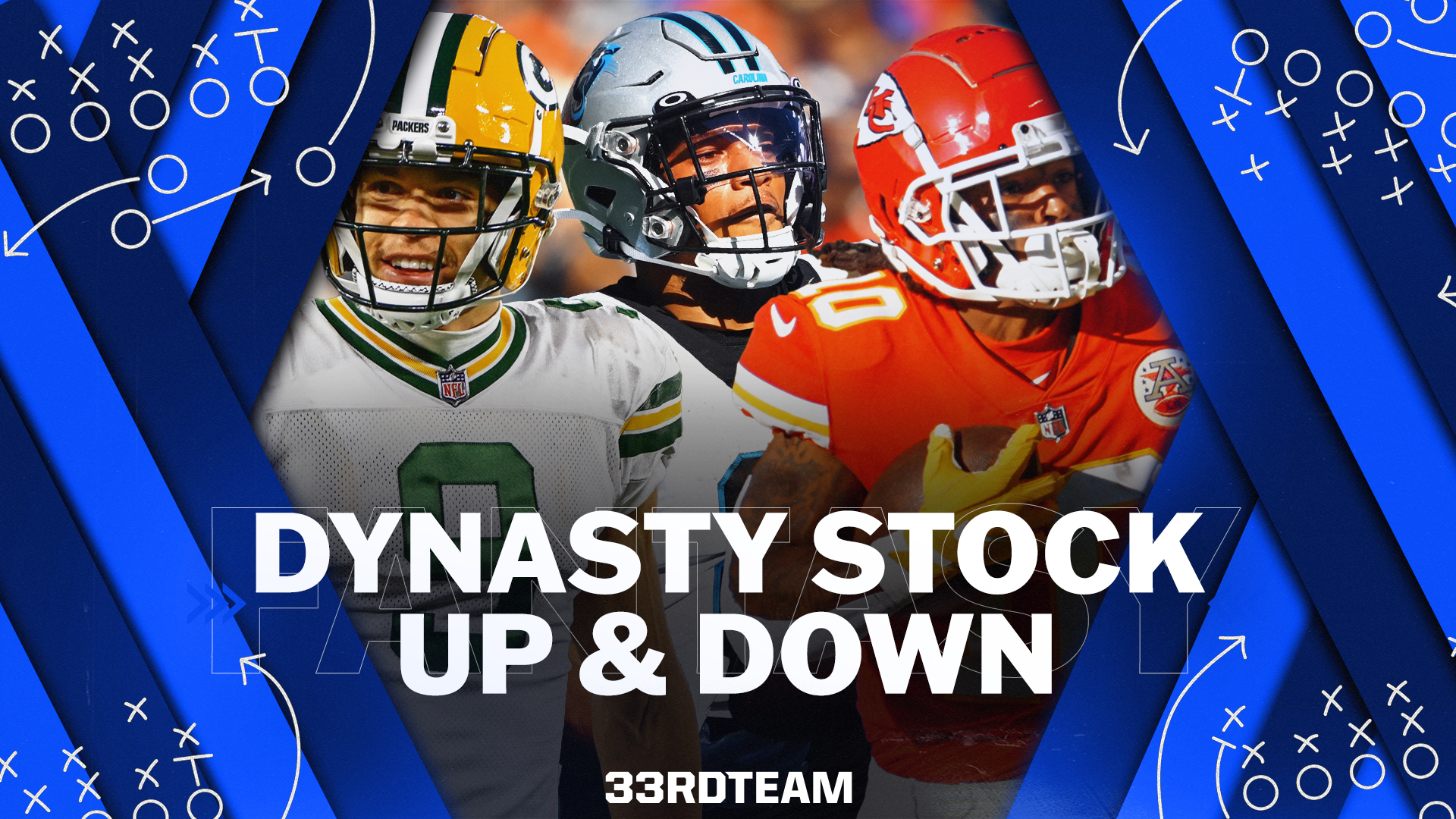 Welcome to the dynasty stock report article, where we evaluate polarizing players to see whether their stock rises or falls. In fantasy football, we’re dealing with small samples, where a situation can change into the following year. Each league is different, and each manager values their players differently.  The goal of these dynasty stock articles is […]

Matt Rhule was head coach of the Carolina Panthers from 2020 through the fifth game of the 2022 season. The Panthers fired him on Oct. 10 after the team fell to 1-4. Rhule’s record with Carolina was 11-27. Before joining the Panthers, he was head coach at Temple (2013-16) and Baylor (2017-19), leading turnarounds at both programs. This is the first of two columns in which Rhule reflects on his experience as a first-time NFL head coach and the next chapter of his career.

I love this game. I watch college football until 11 on Saturday night. I watch the NFL all day on Sunday. And no matter where I am or what I’m doing, I just keep thinking about my whistle.

If you ever looked at my desk at anyplace I’ve coached, you’d probably see six whistles. I’d walk on the practice field and whoever the equipment manager was would hand me one. I was supposed to hand it back to them after practice, but I had a way of usually walking off the field with it.

I love the games, I love winning, I love competing, I love all that. But it’s been six weeks since I’ve been at a practice and I just I miss that whistle. I miss seeing something done wrong, blowing the whistle, and saying, “Stop! Let’s do it again!” That’s the teaching part of the job. John Wooden, who had an impact on me at an early age and who I had the pleasure of meeting when I was a defensive line coach at UCLA, always referred to coaching as teaching. I miss teaching the game.

My time with the Panthers obviously didn’t end the way I wanted it to. I went there with high expectations and hopes. When you walk into that building and you come up to the second floor, there are the NFC Championship Game trophies from 2015 and 2004. Then, there’s an empty space for the Vince Lombardi Trophy. I took that very seriously, realizing, “Hey, this region, this town, they deserve to win it all.”

So that thought about doing something historical always weighed very heavy on me, and you’re disappointed when it doesn’t happen. But I also look back very grateful for the opportunity. I mean, not many people have a chance to coach at this level, coaching in a league like this. At the previous two places I coached, we started off poorly, but we got better every year and eventually a young nucleus took over and we won championships. When I look at the Panthers, I see cornerback Jaycee Horn, I see receiver DJ Moore. I see Brian Burns, a defensive end who made the Pro Bowl last year. I see Derrick Brown, a defensive tackle who was our first-round draft pick in my first season. There’s a young nucleus of talent and the plan was, “Hey, let’s do what I’ve seen the great NFL franchises do. Let’s do what we did in college. Let’s build young, let’s watch these guys grow up and hopefully be able to overtake the NFC South at some point.”

I’m proud of some of the things we did, and I think in time that it would have worked. I think the plan was right. I just wasn’t able to execute it in the time given. It’s hard to talk about improvement when you don’t see the results.

When you’re fired as a coach, you’re not the only one who goes through adversity. Your family goes through it, too. The day I was fired, I remember getting home and my 9-year-old daughter coming in the door with tears in her eyes, saying, “Daddy got fired,” and the fear of, “What’s this mean?” That’s a moment that will be echoed in my brain forever. That was hard.

My success in coaching always came down to relationships, building a culture of working for a common goal. I have this great picture of me hugging Cam Erving after we beat the Saints this year. I love my family; they’re my team right now and they’ll always be my team. But I also miss those relationships. And I think developing them only happens through critical conversations.

The pandemic was really hard on me because I’m a relational coach. To me, the only way you can get young players to grow is not in a huge setting where everyone’s watching them, but one-on-one. You sit down, watch some tape, talk to them, listen to them. Guys have so much going on inside that you have to just shut up as a coach and listen.

With all the remote meetings due to COVID, I wasn’t able to do that in that first year. That’s not an excuse because no one was able to do it. But for me, who I am as a coach, it all comes down to relationships and it all comes down to conversation and communication and helping guys make that jump from good to great. I struggled with the mask on. I struggled talking via Zoom. The end of last year was the first time I really was able to go back and enjoy the part of the game that I love the most. Go to dinner with some guys, go play golf with Christian McCaffrey, go play golf with Shaq Thompson. But part of being a great coach is adapting to things that happen. I certainly did my best during COVID, as did everyone else. It probably changed the way a lot of people coach. If it did anything for me, though, it brought back for me how much I love that relational part of it. My relationships with the guys this year were so different, so much stronger than they had been in Year 1 and Year 2.

If I could go back, I would try to find different ways to connect, because at the end of the day, great coaches connect with their players and help them play their best football.

The other thing I would do, which I probably did better in college than I did with the Panthers, is trust myself. Dick Vermeil, the Hall of Fame coach, gave me some advice my first year at Temple. We started 0-6 and he called and said, “Hey, Matt, don’t listen to anybody else. Trust yourself. I mean, listen to your assistant coaches, but don’t listen to outside noise, all those outside voices. Do what is right and see it the whole way through.”

Obviously, anytime you’re rebuilding something, it’s going to take time. But you have to believe the core fundamentals, the core philosophy, the core ways that we do things are right, and don’t ever waver from them. Don’t let this shake your confidence.

In fact, be emboldened. Best Quotes From NFL Week 8 “I was like, hey, y’all got to pass the ball, right?” — Bills DE Von Miller on his surprise that the Packers kept running the ball in the second half ***** “It’s amazing what you can accomplish when nobody cares who gets the credit. My high school coach always […] Ten wonderful, weird and wacky items from a wild weekend of football: 1st Down Best NFL Halloween Arrivals Happy Halloween all you ghouls. Here are some of the players in the most festive moods from Sunday. Adam Thielen was feeling “IT”. Nightmare fuel. 😳@athielen19 | #SKOL 📺: #AZvsMIN — 1pm ET on FOX📱: Stream on […] Teams based in the state of New York are a combined 16-4 (sorry New Jersey). Are the Giants lucky or good? It takes a bit of both to have a successful franchise, and I am not willing to write off a team winning close game after close game. They have passed every test with solid […] 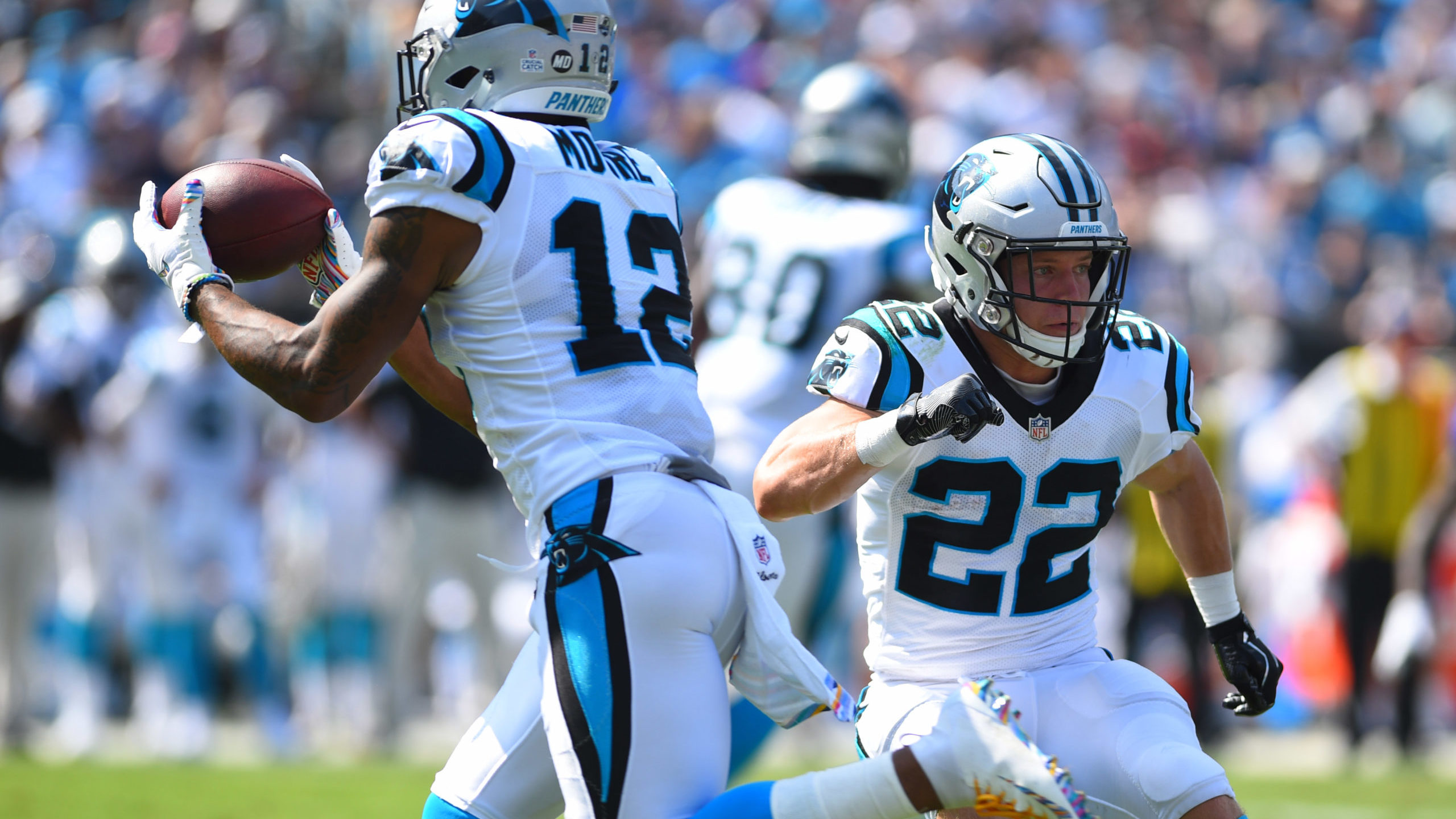 Editor’s note: Having already fired their head coach, traded their All-Pro running back and one of their top receivers, the Carolina Panthers, at  1-5, have begun their fire sale. Former Minnesota Vikings GM Rick Spielman weighs in on possible next steps for Carolina in the days leading up to the Nov. 1 trade deadline. The […]