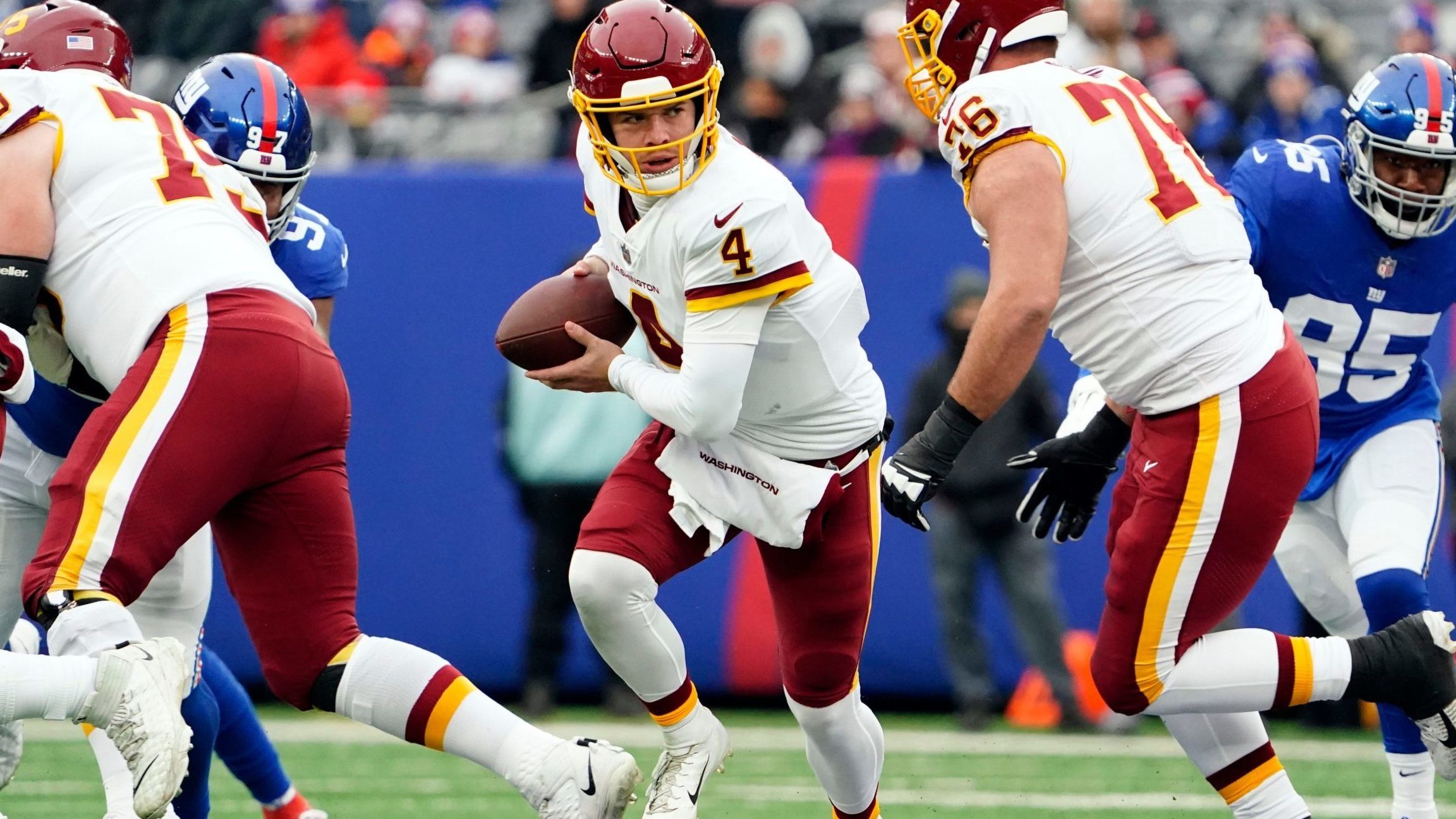 Robert Smith knows exactly what players who tear their ACL are dealing with. The former running back offers some advice and recounts his personal experience of getting back to the field following an ACL tear. Kate Constable looks at two first-half bets to take from the early parts of top games in Week 13.

Chase YoungDetroit LionsJacksonville JaguarsNew York GiantsSaquon BarkleyTaylor HeinickeWashington Commanders+ View all tags
The Washington Commanders have now won five of their last six games. Will they be able to keep it up and secure a playoff spot? With Chase Young returning, Robert Smith feels that they’re in a good situation to see the postseason. The Washington football team has been stuck in the middle for most of the last half decade. Will the acquisition of quarterback Carson Wentz push Washington into playoff contention? Or will the newly-named Commanders remain on the outside looking in? Let’s take a closer look at the Commanders: Opening Win Total: 7.5 Current Win Total: […]

Editor’s Note: Rod Woodson, one of the great team leaders in NFL history, shares his thoughts on how the Washington Commanders’ should handle losing a player like defensive end Chase Young, who will miss a minimum of four weeks to start the season.

Chase Young is a generational talent.

We know one thing: First, speaking to the locker room, as a leader, you have to believe in everyone in the locker room. You need the “next-man-up” mentality, and the Commanders still have some great players on that defense. They still have Montez Sweat, Daron Payne, Jonathon Allen and James Smith-Williams.

They have players  — not the same as Young, of course, because Young is a generational talent, and it’s unfortunate for him that he got hurt last year.

You have to believe in who you are, do what you have to do, and get your job done. I think if Washington can do that, this is going to be good for them.

For that pass rush? Man, it helps the secondary like crazy if you can make the quarterback throw the ball early. Or, if you can make him hold onto the ball, because he’s flushed out of the pocket and he’s throwing the ball kind of off-tilt because he’s out of sync — that’s when you get interceptions

Our old saying is: “Tips and overthrows … you gotta get those!” The Washington Commanders moved edge rusher Chase Young to the reserve/PUP list on Tuesday, which will result in him missing a minimum of the first four weeks of the 2022 regular season. Young will be eligible to return for a Week 5 contest against Tennessee on Oct. 9. Several reports have indicated the Commanders expect […]

Washington Commanders star edge rusher Chase Young likely is going to miss the start of the regular season, Head Coach Ron Rivera announced to the media today. Young is coming off an ACL injury that ended his 2021 season in week 10 against the Tampa Bay Buccaneers. Young was drafted second overall by Washington in […]

A lot has transpired since these two teams met in the opening week of the 2020 NFL season. The Philadelphia Eagles have been ravaged by injuries and were forced to bench their star quarterback in order to make one last-ditch effort to make the playoffs. Meanwhile, the Washington Football Team has boasted one of the […]