With new talent flooding the league every season, the race to finish as a top three NFL Running Back is as crowded as ever. Having finished his own career with four straight seasons of at least 1000 yards rushing, former Vikings back Robert Smith is an expert on what it takes to succeed in an NFL ground game.

Although Alvin Kamara might spend a few weeks sidelined due to a suspension, he still makes the list because he has all the traits that make a great running back. “What makes him so dangerous,” Smith says, “is his ability not just to run the ball out of the backfield, but to split out and be a great receiver as well.” Kamara has the vision, balance, power, speed and pass-catching ability to be an all-around threat.

A throwback guy with incredible size, Derrick Henry is a dangerous runner. His ability to see over offensive lineman, at times, allows him to have a better sense of where defenders are coming from at the second level of the defense. And speaking of defenders, “once they get to the tackle point,” Smith says, “it’s one thing to get there. It’s another thing to make that tackle.” Henry is a running back that is incredibly difficult to prepare for, and even more difficult to bring down.

Coming off a big, 1800-yard season, Jonathan Taylor combines all the traits of Kamara and Henry— aside from Henry’s size of course. The difference maker for Taylor, though, is his high-end speed. It allows him to break off long runs and those kinds of explosive plays are always a big factor in a team’s offensive success. “I think he’s the most dangerous running back in the league,” says Smith, “ he’s a guy that can take it to the house on any play.” Charles Brensinger worked in the NFL in various Personnel Department roles for nearly a decade. Most recently, he served as a Pro Scout for the Detroit Lions from 2016-2020. In this third and final installment of “The More You Can Do,” I’ll examine, at a team level, what offenses across the league force the highest […] 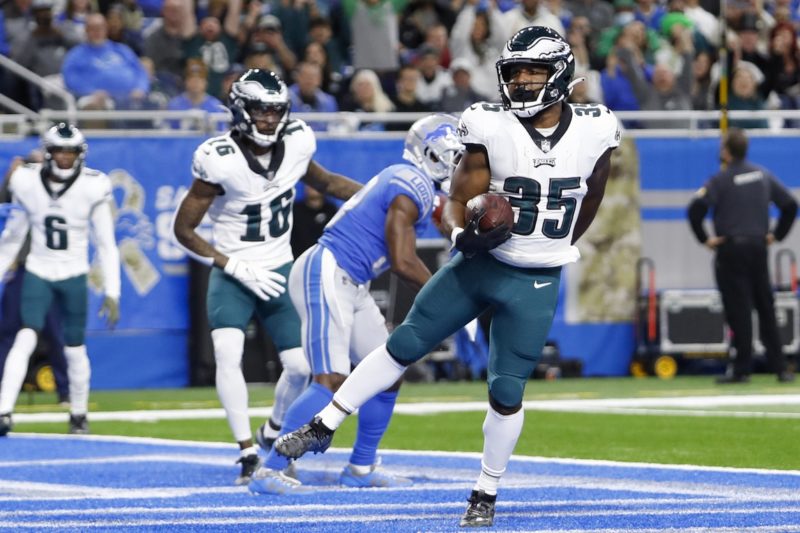 Welcome to Week 8 Fantasy Overreactions! The day or two after the dust settles during the NFL season, meaning that we can take any occurrence from Sunday or Monday and make a completely wild narrative with it. We also want to make bold claims to remain ahead of the curve! Every week, we’re going to […]

I’m mainly a cash game player. DFS cash games are when (roughly) 50% of the participants (roughly) double their money. Regardless of where you land in the final standings, you either double up or walk away empty handed.  In this space, I’ll share my lineup from the prior week, and discuss some of the thought-process […]

Welcome back to the Daily Fantasy: Love it, Need it, Hate it, Lottery Picks article for Week 2 of the NFL season. Before I get into the Week 2 plays, I will recap how Week 1 went, and discuss how the players I talked about in last week’s article performed. It was an up and […]

Drafting the right RB in fantasy could be the difference between winning and losing your league. It is imperative to get a consistent RB1 that you can depend on week in and week out. That being said, injuries often derail ones’ fantasy team, especially with running backs. Names like Christian McCaffrey, Saquon Barkley, Joe Mixon […]

Coming off a Super Bowl victory, the Tampa Bay Buccaneers understandably focused on bringing as many players back as they could afford, while the other three teams in the NFC South focused on retooling in an effort to challenge the Bucs for divisional supremacy. Tom Brady and Matt Ryan are the two returning QBs in […] Each year a handful of NFL teams shell out big contracts to players in the offseason. Despite all the uncertainty heading into the 2020 season, this year was no different. Let’s take a look back at a few of these deals for offensive players and evaluate whether or not they panned out the way football […]

Happy holidays to all! This Christmas brings a huge game between the Minnesota Vikings and the New Orleans Saints. Much is on the line in this one. The Vikings need a lot to go their way in order to make the playoffs while the Saints are still in the running to get the lone first-round […]