Week 7 of the college football season may have been highlighted by games like Georgia-Alabama or North Carolina-Florida State, but the Group of 5 and FCS provided some spectacular individual performances that may be flying under the radar. Here are five small-school players whose performances shined brightest in Week 7:

Temple got its first win of the 2020 season in a back-and-forth affair that resulted in a 39-37 win for the Owls. Neither team was able to pull away for most of the game due to four early turnovers. No turnover was bigger than a fumble recovery by junior defensive end Arnold Ebiketie. The 6-4, 240-pound junior from Silver Spring, Md., had a huge day for Temple, as he was responsible for a strip sack, 3.5 TFLs and another fumble recovery leading to the touchdown that would put the Owls up for good against the Bulls. With South Florida leading 31-26, a botched handoff was keenly picked up by Ebiketie, who took it back 11 yards to the end zone for a touchdown. Ebiketie was able to beat the Bulls’ offensive line all game to make timely tackles in the backfield. On the opening drive for the Bulls, Ebiketie was able to use his speed to get around the right tackle and force a fumble on an unsuspecting QB to give the Owls starting field position inside the 15-yard line for their second offensive drive of the game. Ebiketie’s performance was so good against South Florida that he was graded as the second-best edge defender in Week 7 behind only Quincy Roche of Miami — coincidentally, the player Ebiketie replaced at Temple this season. Temple has been able to produce a plethora of great edge defenders and linebackers the past handful of seasons, and Ebiketie may be the next one in line.

Eastern Kentucky may have failed in trying to get its first win over an FBS team this season, but it came extremely close, falling to Troy by a score of 31-29 on a game-winning field goal as time expired. The Colonels shredded the Trojans’ secondary to the tune of 370 passing yards on 31 total pass attempts. Part of the reason for the Colonels’ success in the air was due to fifth-year senior wide receiver Keyion Dixon. The 6-3, 185-pound receiver from Glastonbury, Conn., had a huge impact on this game as he accounted for about 53% of the team’s receiving yards. Dixon’s spectacular day started off with a bang as he was able to create enough space and speed past a Troy defender for a 90-yard touchdown catch-and-run on EKU’s fifth offensive play of the day. Dixon was continually one of two go-to receivers for EKU QB Parker McKinney on the day. The Dixon caused problems for the Troy secondary all game as it took multiple defenders to take down his 6-3 frame after he made several of his catches. Dixon just figured out a way to get open as he made two huge catches on Eastern Kentucky’s final offensive possession, including what looked like the potential game-winning touchdown to give the Colonels a 29-28 lead with 21 seconds to go. Despite not getting the win, Dixon did enough to be named FCS Co-Player of Week 7 and was certainly not at fault for Troy being able to win the game. Moreover, Dixon already has nearly as many receiving yards through five games (476) as he did through 11 games last season (497). We’ll see if Dixon can continue his hot start to this season and continue to build on the accolades he has already received at this point in the season.

UCF’s Week 7 game against Memphis did not disappoint as this game also came down to the wire and came down to a potential game-winning field goal to determine the outcome. Despite UCF’s kicker missing said field goal, resulting in Memphis hanging on for a 50-49 victory, Dillon Gabriel had one of his best, if not his best, performances as a Knight. Whether it was intermediate passes or deep passes, Gabriel was able to dissect the Tiger defense to the tune of 601 passing yards. Gabriel showed some impressive arm strength in Week 7 as he had two deep balls for touchdowns in the first half. Moreover, Gabriel was able to flash some ability to be a useful piece in UCF’s ground game. On a day when UCF’s running backs were unable to top 100 yards, Gabriel showed that he could still make the read-option work well as he was able to outspeed Memphis defenders for a 14-yard touchdown run in the third quarter. The 6-0, 186-pound sophomore QB from Hawaii has proven so far that his solid freshman season was no fluke. Gabriel’s fifth TD pass of the day, which gave UCF a 12-point lead, was probably his most impressive throw of the day. On third-and-5 with a little over five minutes to go, Gabriel threaded the needle between not one, not two, but three defenders to hit wideout Jacob Harris for a touchdown. The Tigers tried to confuse Gabriel with zone coverage, and he merely found the soft spot and threw the perfect pass to avoid the linebackers and defensive backs that were in that area. If he did not make a perfect pass, it could very well have been intercepted and maybe the ending of this game could have looked a little different. Gabriel became the first QB in the FBS to have multiple 80-yard TD passes in a single game since Patrick Mahomes in 2016. That is not bad company to be in at all.

This season, Liberty has adopted a run-first mentality, much different than what college football fans saw when Liberty had Stephen Calvert and Antonio Gandy-Golden. With Malik Willis at the helm, Liberty looks like a completely different team, and this has worked out very well for them so far. Liberty was 4-0 going into this game against Syracuse and looked to remain unbeaten. They would do this and then some in a 38-21 victory over the Orange. Liberty was once again reliant on their powerful run game, but this win did not come from a usual source. In Liberty’s first four games, the starting running back was fifth-year senior Joshua Mack. Mack was unable to play in this matchup due to a stomach bug, so 5-8, 175-pound sophomore running back Shedro Louis would play in a committee with Peyton Pickett in Mack’s place. This was Louis’ first start, and he did not disappoint. Despite only receiving 10 carries on the day, Louis made them count. On Liberty’s fifth offensive play of the game, Louis burst through a huge hole, made a defender miss, and showed impressive speed to leave every Orange defender in the dust on a 75-yard TD run to get the Flames’ offense started. Louis’ next TD run would prove to be very similar, as he merely followed the big hole that was made by his offensive line and couldn’t be caught by Orange defenders. Even though Mack will be back soon, Louis proved in this one that he can certainly carve out a role for himself in this run-heavy offense (Liberty ran the ball 48 times in Week 7) and could possibly be a building block for this offense in the future.

If you did not have a chance to watch Georgia State take on Arkansas State in Week 7, I would highly recommend watching if you are a fan of high-flying offenses. This game was very evenly matched as both teams answered each other punch for punch. Georgia State never led in this game, but they were within one score throughout the course of this 59-52 loss. Much of the offense’s success came from redshirt-freshman QB Cornelius Brown IV. Whether it was through the air or on the ground, the Panthers’ QB gave Arkansas State fits throughout. The 6-5, 200-pound QB’s athletic prowess in this game was especially impressive as he was able to extend a number of plays and also had an incredible first touchdown where he was able to contort his body enough to avoid getting pushed out of bounds before hitting the pylon on a 35-yard scramble. Brown’s ability to scramble along with a successful run game by Georgia State wreaked havoc on the Red Wolves’ defense as they had no idea what to do when the Panthers utilized the read-option and play action passes. Brown consistently found the open hole and wove his way in between defenders for crucial plays. As far as the passing game goes, Brown didn’t necessarily make the smartest decisions, which is to be expected from an inexperienced QB, but he did a great job of putting the ball where it allowed his receivers to make a play on it. Brown proved with his dual-threat ability that he will be able to help the Panthers cause problems for fellow Sun Belt teams in the future. Georgia State may have fallen short in this one, but the team proved it may have something special in the form of its freshman QB, who proved to be a lot to handle for Arkansas State. 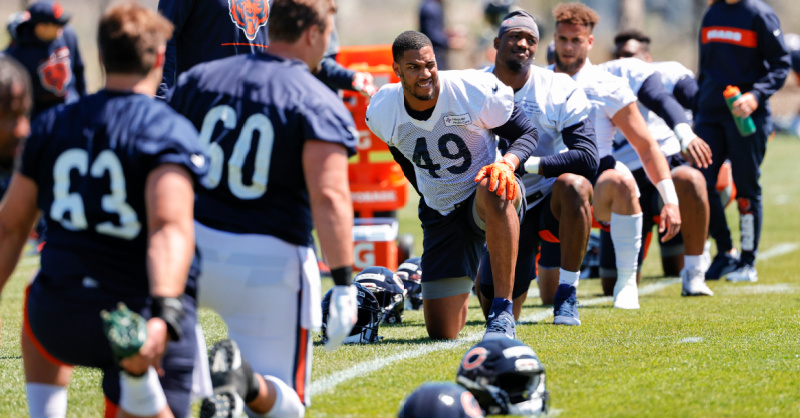 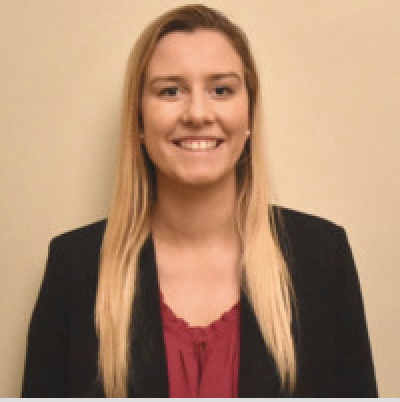