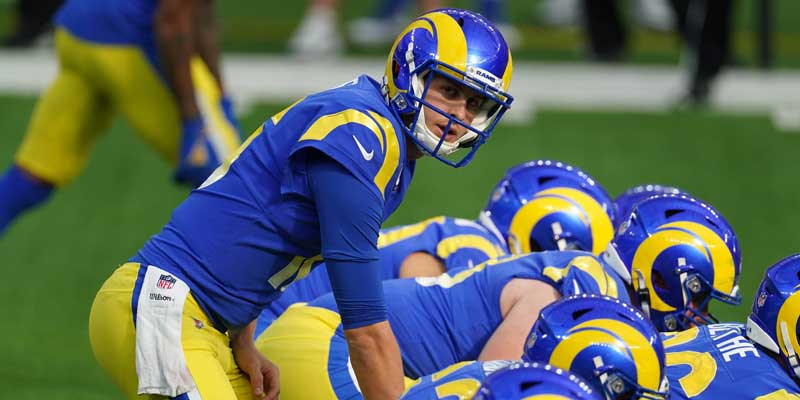 There’s so much focus in NFL analysis these days on third-down success that we forget to evaluate the importance of early-down success. Any team’s success on third down has a lot to do with how effective it was on first and second down. Taking a closer look at first-down success may help us draw conclusions about the overall effectiveness of an offense. One way to evaluate a team’s success on a particular down is by looking at their success rate.

Success Rate is a tool that was developed to measure the success of every given play in a game. The 33rd Team measures success as gaining 50% of the necessary yardage on first down, 50% on second down and 100% on third and fourth. This study looks at a team’s success on first down.

Assessing all teams in the NFL, the average success rate on first down is 44% through 12 weeks of play (Pittsburgh-Baltimore game not included): A look at the best

Here’s a closer look at the teams that have the most success on first down this season:

The Rams have had success on first down by possessing a balanced attack.

It’s no surprise that the Bills have found their success on first down through the air.

● Have a 64% successful pass rate on first down, the best mark in the NFL

The Vikings have won 4 of their last 5 games, and have been solid on first down all season.

● 9.6 average yards/pass on first down (first in the NFL)

Patrick Mahomes and the passing attack have been a problem for defenses all season long; first down hasn’t been any different.

● With Mahomes playing as well as he has, the Chiefs have unsurprisingly chosen to throw the ball more on first down – their run/pass ratio is 45% runs (150), 55% pass (182 attempts)

Kamara and the run game have resulted in the Saints relying heavily on the run on early downs.

● When the Saints have elected to pass on first down, they have been very effective – they are averaging 8.0 yards/pass and have a 60% successful pass rate

A look at the worst

Here’s the breakdown for the five worst teams when it comes to first-down success:

Injuries and subpar QB play have plagued the Eagles so far this season.

● Even with all of Carson Wentz’s struggles, the Eagles have largely relied on him throwing the ball on first down – their run/pass ratio is 44% run (129 runs) and 56% pass (167 attempts)

Despite being undefeated, the Steelers are among the worst teams in the NFL in terms of success rate on first down.

● Through 10 games, Pittsburgh nearly mirrors itself in the run and pass game – they have a 50/50 run/pass ratio with 143 rushing attempts and 144 passing attempts

● Pittsburgh is averaging less than 4 yards/carry on first down (3.9)

Their lack of production on first down is made up for on later downs, particularly on third down. The Steelers are tied for fourth in terms of EPA on third down (.22). They have the second-highest successful passing rate across all teams in the league on third down (47%), behind only the Chiefs (52%).

The inconsistency of the run game has contributed to Tampa’s struggle on first down.

● The Buccaneers, like the Steelers, are only averaging 3.9 yards/carry

● Tampa’s successful pass rate is 50%, while their successful run rate is only 42%

The inability to gain adequate yardage on first down has put more pressure on Brady and the passing game on later downs. The Buccaneers pass the ball 69% of the time on second down (second most) and 88% of the time on third down (most in NFL).

The Broncos have had trouble moving the ball and scoring points all season long; they are currently 31st in points/game (19.0)

Despite Herbert’s brilliant play, the Chargers have failed to set him up for success.