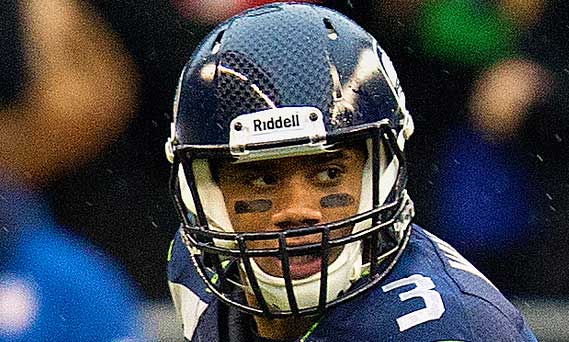 Scoring has been up so far in the 2020 NFL season. Through the first eight weeks, teams are averaging 2.4 more points per game than in the 2019 season. One reason might be the lack of crowd noise, making it easier for quarterbacks to communicate on the field. Along with this significant increase in scoring, we have seen a significant increase in quarterback accuracy. Of 24 eligible quarterbacks over the past two years, 16 have improved their accurate throw percentage in 2020 — including six quarterbacks that have improved by 5% or more. The eight quarterbacks that have shown a decline in accuracy have done so by less than 5%. To the left of the line above are quarterbacks that have improved on their accurate pass percentage from 2019. Some quarterbacks are hovering around the same percentage as last year — including Patrick Mahomes, Philip Rivers, Dak Prescott, Ryan Tannehill and Kirk Cousins — but many quarterbacks have shown significant improvement (Russell Wilson, Ryan Fitzpatrick, Josh Allen and Kyler Murray). The number of young quarterbacks in the league who have made strides in delivering the ball with accuracy has been impressive. However, Lamar Jackson has shown the most decline in his accurate passing from 2019 to 2020, dropping from 76% to 72%. This is just one of many significant downward trends in Jackson’s third season. It would be surprising, however, if he had been able to sustain his numbers from last year, when he won the MVP unanimously. Jackson is being pressured at a higher rate and hasn’t been able to run with the same effectiveness. This has put more pressure on him to throw the ball, leading to decreasing accuracy and increasing bad throw rate. Only Carson Wentz has a lower accurate pass percentage in 2020. Wilson has increased his accuracy from 76.3% to 82.9%, the third greatest increase in 2020. What is most impressive about this, and maybe why Wilson is the current favorite to win the MVP, is that the Seahawks have employed a more aggressive and pass-heavy offense. Wilson is attempting more passes per game than any other year and so far this is allowing him to throw the ball with more accuracy.

Also impressive have been the improvements of Allen and Murray. These two young stars were in the bottom half of the league in accuracy in 2019 but have significantly improved in 2020. Allen improved from 73.2% to 80.6% and Murray improved from 73.5% to 79.1%. Both are excellent young quarterbacks who can only get better with improvements to their throwing game.

The biggest improvement over the past year was Ryan Fitzpatrick. Although no longer the starting quarterback for the Dolphins, Fitzpatrick had an impressive start to the season. The Dolphins have been more competitive than many people expected, so the transition away from Fitzpatrick as he was playing well has been met with scrutiny.

Having had no offseason for these young quarterbacks to prepare, look for the trend of increasing accuracy to continue as they become more and more settled in their offense.