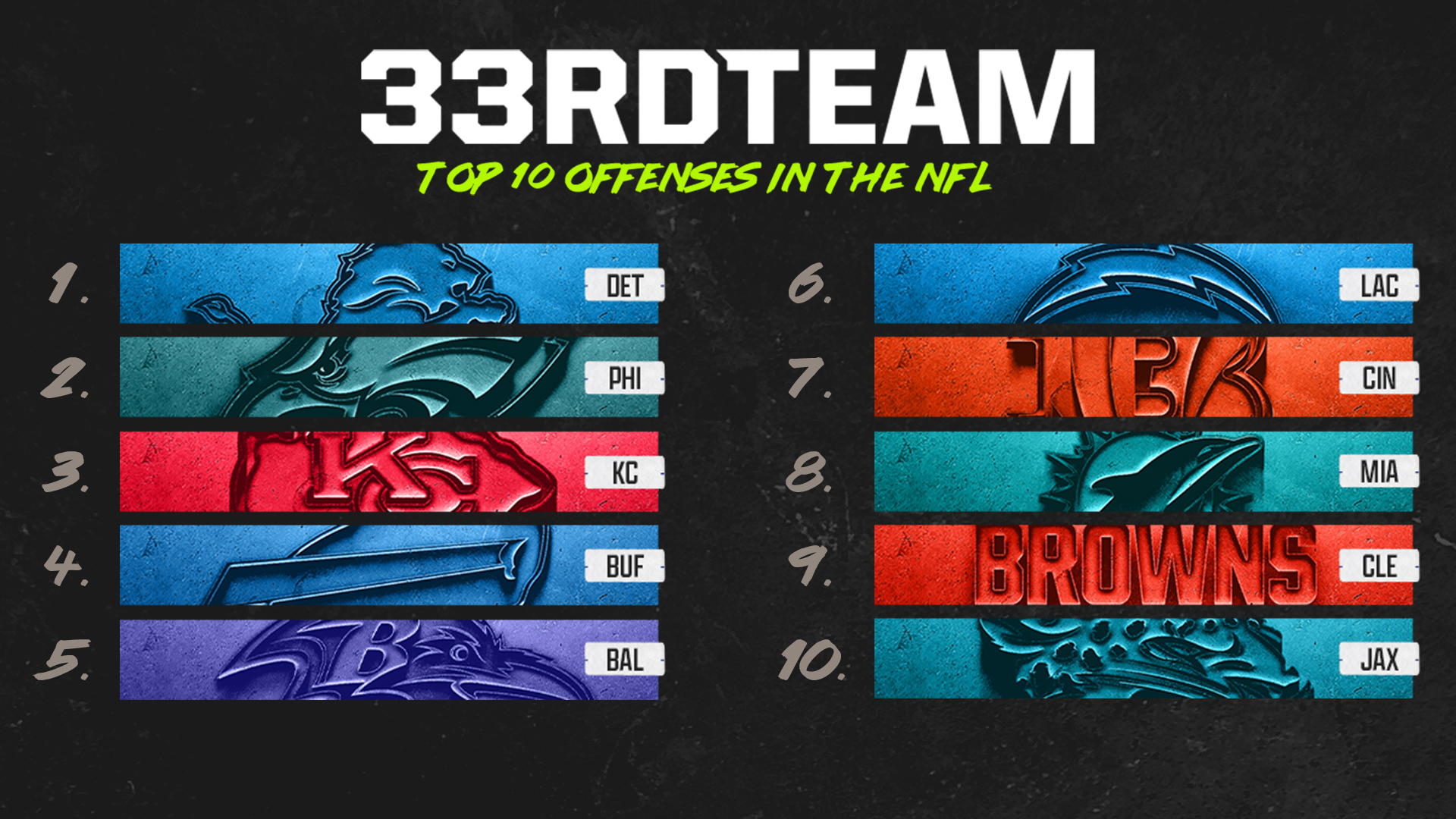 The Lions lead the league in points and yards per game. Jamaal Williams leads the league in rushing touchdowns with six. Jared Goff is tied for first with 11 TD passes.

The Chiefs have the most creative offense in football with top-level offensive talent. Even without Tyreek Hill, they have shown they can be explosive.

The Bills are built for their late-season cold weather climate. Josh Allen has the ability to cut the ball through the wind. It will be tough for anyone to go up to Buffalo and keep up late in the year.

One of the hardest offenses in the league to defend with Lamar Jackson at QB, the Ravens rank third in the league at 29.8 points per game.

The Chargers have the personnel to make a deep run, especially when wide receiver Keenan Allen returns and Justin Herbert is back to full health.

The Bengals, who are eighth in the NFL in passing yards per game, have looked better every week. If the offensive line starts to click, they have the explosive weapons to put up a lot of points.

Tyreek Hill and Jaylen Waddle make it incredibly difficult for defenses to defend them. When Tua Tagovailoa gets healthy, we expect them to show more of what they did the first few weeks.

This has been an explosive rushing attack with Nick Chubb and Kareem Hunt. They ranked sixth in points and fourth in total yards. What will they look like when Deshaun Watson comes back?

Even with the five turnovers in Week 4, Trevor Lawrence has shown he could eventually become a top-level quarterback. Pederson’s creativity and leadership has this offense looking much more in sync than they did last season.