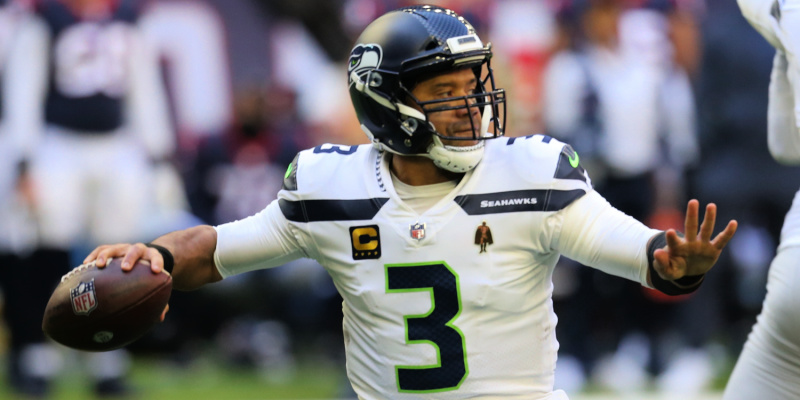 The AFC West is an exceptionally strong division with young QBs that will be performing at a very high level for many years. The Denver Broncos were therefore in a uniquely challenging spot because their roster is strong, but they didn’t have a chance to compete in their division without a quality QB. This gave the Broncos no choice but to be aggressive in the trade market. They needed to acquire not just a better quarterback than who they had but a true difference-maker. Russell Wilson is that guy; he is an elite NFL QB and gives them a chance to compete with Mahomes, Herbert, and Carr.

If anything, Wilson has been held back by Seattle’s consistently weak offensive line and run-heavy scheme. Since Russ entered the league in 2012, the Seahawks are 27th in early-down pass rate (49.4%).

The Broncos’ roster is also strong enough to withstand the loss of draft picks they are sending to Seattle. They will still have nine picks in the 2022 Draft. As long as Russ continues to play at a high level and their young core continues to develop, trading these picks to Seattle will not hamstring them.

In light of the circumstances they found themselves in, Denver was smart to make this trade. The price they paid was certainly justifiable to bring in a Super Bowl winning quarterback. Wilson not only won a Super Bowl, but he did it in his second season then won the NFC again in the following season. He should have two rings, and it’s not like those teams were winning in spite of him. Seattle had good teams then, not great ones, and Russ was a huge part of why they went to back-to-back Super Bowls.

Despite having such substantial success early in his career, it is not unreasonable to think that Russ’ best seasons are ahead of him. The team hasn’t performed well, but that isn’t because of Wilson. He has played well and has had to overcome the coaching staff’s conservative philosophy.

For all of these reasons, the Broncos deserve to be commended for making a bold move that they desperately needed to make in order to be competitive. The Catch-22, however, is that it is unclear how much better this trade makes them within their own division. The Chiefs and Chargers are so good with Mahomes and Herbert that Denver still might be the third or even fourth best team in the AFC West. We would put the Broncos third right now and Vegas fourth, even though the Raiders made the playoffs last year and Josh McDaniels gives them serious promise moving forward.

With this trade finalized, it is staggering how depleted the NFC is in terms of quarterbacks. Rodgers staying in Green Bay looks even smarter, as Wilson being in the AFC only increases the odds he gets another Super Bowl with the Packers.

As for Seattle, for whatever reason, Russell Wilson’s relationship with them broke down. In exchange for Russ, the Seahawks got a significant package of assets, including two first-rounders, two second-rounders, and three players.

The issue though is that it’s difficult to see how they don’t have a tremendous drop off in the quality of their quarterback play for years to come. Considering the division they’re in, it will be very hard for them to be competitive within the foreseeable future. The Rams will look to run it back as Super Bowl Champs. The Cardinals will work on securing Kyler Murray’s long-term future with the franchise. And if you believe in Trey Lance and Kyle Shanahan like we do, the 49ers will continue to be a contender in the NFC.

The Seahawks will turn their focus toward a rebuild as the Broncos load up to challenge their AFC West rivals. Denver made a great move and got far better today. But whether this trade makes them more than the third best team in a loaded division is a discussion that will linger until the games are played.