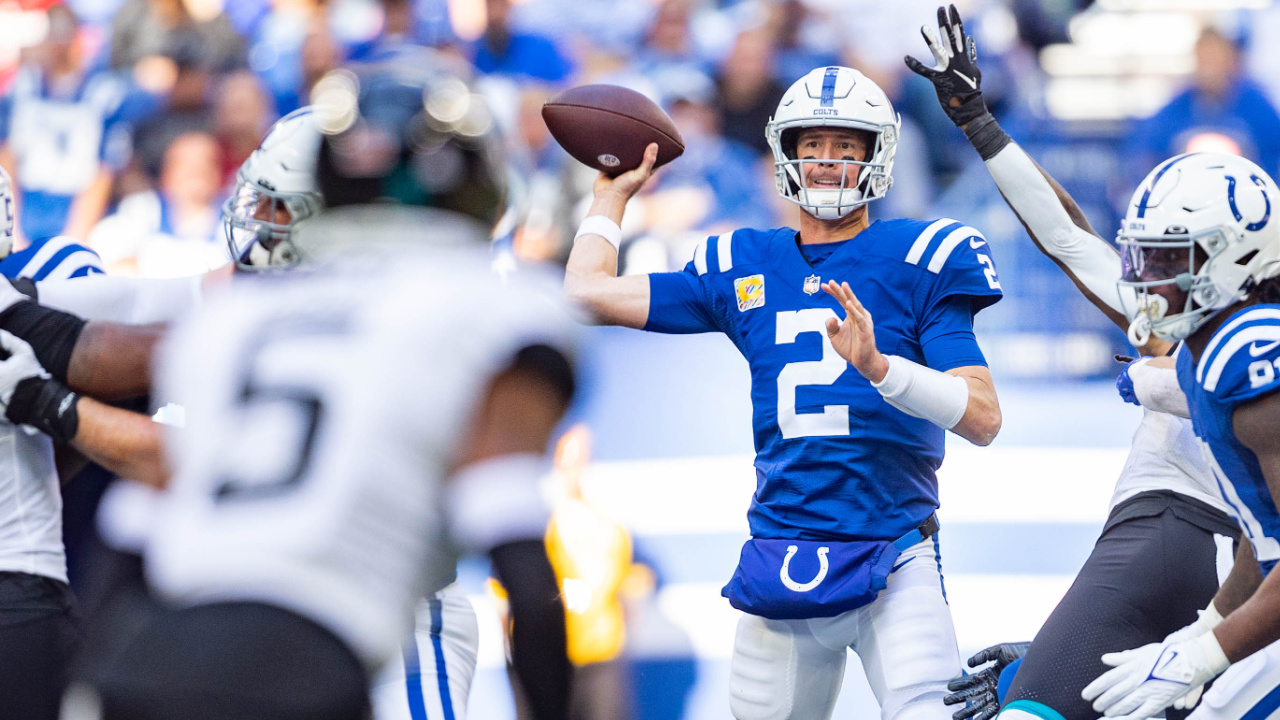 The Indianapolis Colts benched starting quarterback Matt Ryan on Monday in favor of Sam Ehlinger, who will start Sunday’s game against Washington, the team reported.

Ryan is recovering from a Grade 2 shoulder separation, but the team had planned to bench him for Ehlinger anyway, Colts coach Frank Reich told reporters on Monday. Reich also emphasized that this is a move made for the remainder of the season, not just until Ryan gets healthy.

“Extremely difficult decision given the respect and admiration that we have for Matt Ryan, given what he’s brought here,” Reich said. “He is a pro’s pro. This guy is special. We all know at the quarterback position that our poor production on offense is not on one person. It’s not on Matt Ryan. But we also know, as head coach and quarterback, it doesn’t matter. I’m judged on wins and losses. Quarterbacks are judged on points and turnovers. We understand that’s how it is in this league. Matt will be a pro.”

Ryan was completing 68 percent of his passes this season, but he struggled with turnovers. The veteran quarterback had nine touchdown passes and nine interceptions in seven games.

The Colts traded a third-round pick to the Atlanta Falcons for Ryan this offseason and restructured his contract. Ryan is due $24.7 million this year in fully guaranteed money and $12 million next season, NFL Media reported.

Ehlinger, who was drafted by the Colts in the sixth round of the 2021 NFL Draft, has only been the team’s No. 2 quarterback for two weeks after passing veteran Nick Foles on the depth chart.