Mike White, who threw for 311 yards and three touchdowns while completing 79% of his passes in the Jets’ win over the Bears, joins Kurt Warner as the second quarterback in NFL history with multiple games of 300 passing yards, three TD passes and a completion percentage of 75 or higher in his first four career starts. 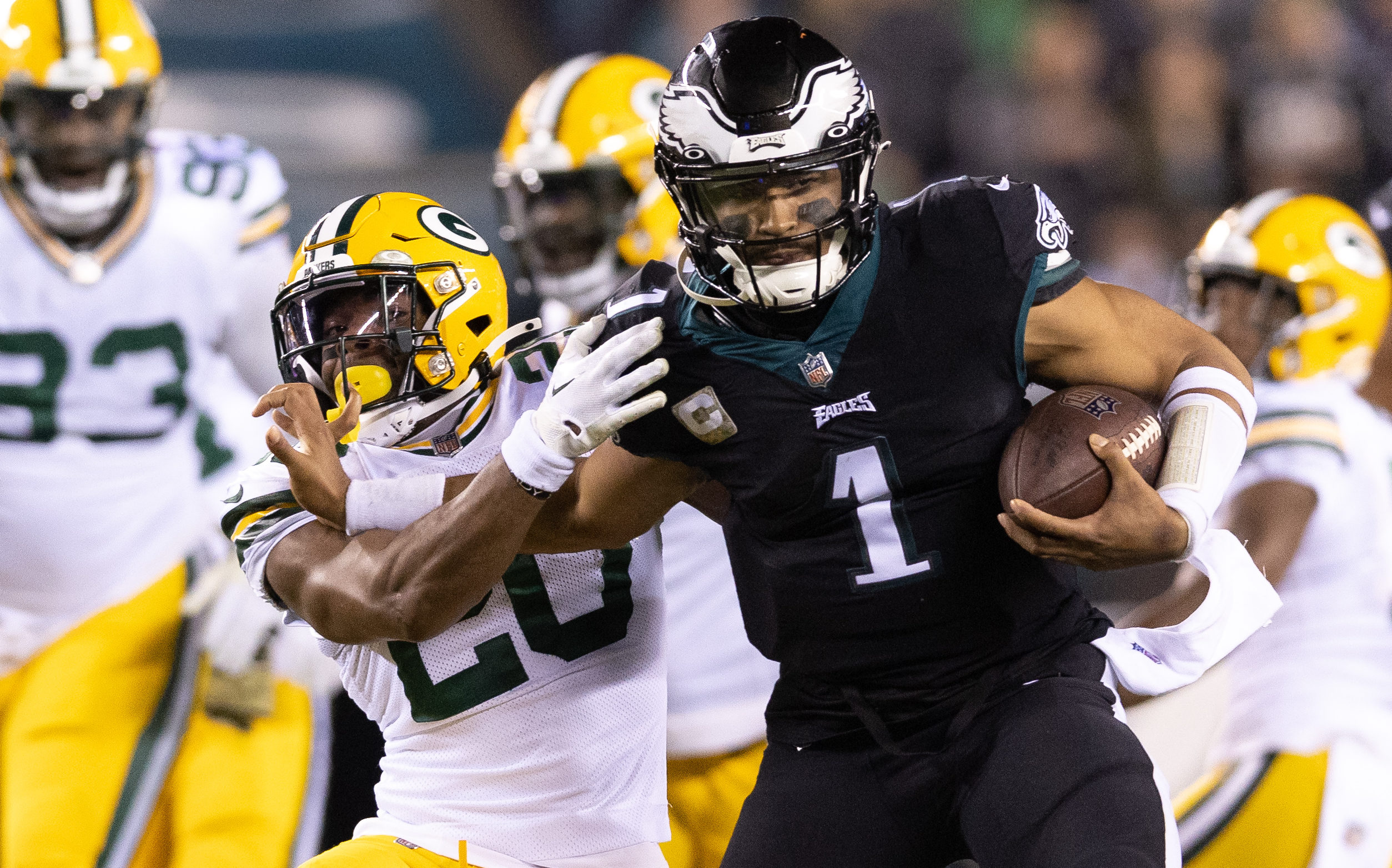 Led by Jalen Hurts (157 rushing yards) and Miles Sanders (143), the Eagles rushed for 363 yards against the Packers Sunday night, the eighth-most in a single game by any team in the Super Bowl era and the second-most since 2007. Hurts’ 157 now ranks as the fifth-most by a quarterback in the Super Bowl era. Tom Brady is guaranteed to finish with the most losses he’s had in a regular season since 2009, when his Patriots won the AFC East with a 10-6 record. The Buccaneers lead the NFC South at 5-6. The Commanders (7-5) are the fifth team since 2010 to have at least seven wins through their first 12 games of a season after starting 1-4. Since week 5 they have multiple three-game win streaks, a feat they haven’t accomplished since 2005. Week 12 of the 2022 season marks the first week since 1994, when the two-point conversion was first implemented, in which multiple games were decided by game-winning points that came on two-point conversions in the final two minutes of the fourth quarter. Both the Jaguars and Chargers won in that fashion on Sunday. Josh Jacobs recorded a single-game franchise record 303 scrimmage yards (229 rushing, 74 receiving) and two rushing touchdowns, including an 86-yarder to beat Seattle in overtime. Jacobs is the only player since at least 1950 with 225-plus rushing yards and 70-plus receiving yards in a single game.