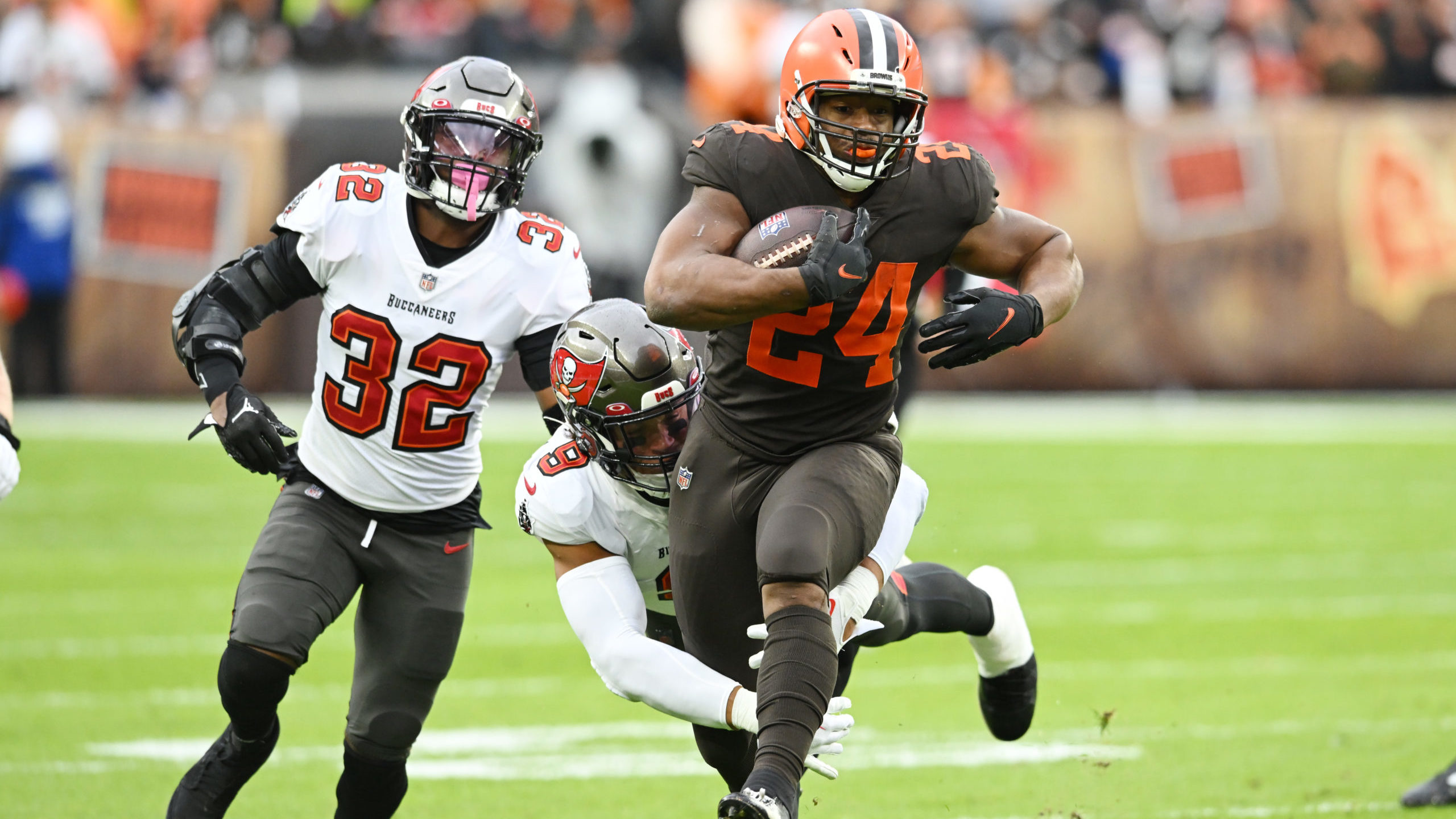 Below you’ll find my Week 13 fantasy rankings for PPR/Half-PPR leagues. Included are my top-25 QB Rankings, top-50 RB Rankings, top-60 WR Rankings and top-18 TE Rankings. I actually submit these rankings to two different rankings competitions, one with PPR scoring, and the other Half-PPR. They are far more accurate for PPR simply because PPR scoring is less influenced by touchdowns.

When I look into weekly matchups, I only use the past five games of data. Anything that happened six weeks ago is just going to cloud our judgment.

It’s no surprise during the past five games, the Detroit Lions, Jacksonville Jaguars, Minnesota Vikings, Miami Dolphins and Arizona Cardinals have allowed the most fantasy points to QBs. Trevor Lawrence, Jared Goff, Mike White and  Jimmy Garoppolo appear to be the best match-up-based streaming options.

Deshaun Watson is set to return from suspension in Week 13, making this his first start with his new team. The Browns face Watson’s former squad in a classic revenge game. Tua Tagovailoa was headed for a career game but got pulled in the third quarter to avoid injury in a blow-out victory.

Travis Etienne went out with a foot injury in the second quarter of their Week 12 game. JaMycal Hasty was the benefactor in Week 12 with 95 total yards, five receptions and a receiving TD. The Jaguars picked Darrell Henderson Jr. off waivers during the week. Henderson didn’t play in Week 12, but I suspect he’ll inherit the bulk of the touches going forward if Etienne misses time.

49ers RB Elijah Mitchell suffered an MCL sprain — similar to the one he had earlier this season — and is out 6-8 weeks. Christian McCaffrey should see about 8-10 more touches than he has the past couple of weeks.

I faded Latavius Murray and David Montgomery in Week 12, and through the first half that looked like a HUGE mistake. With Justin Fields out, I just assumed the Jets’ defense would overwhelm Chicago with run-blitzes. I also have a historical bias against Montgomery, so I’m going to have to work through some issues there.

Murray was in-line for plenty of touches, but he had been averaging 3.0 yards per carry during the last four games (48 attempts). The 3.0 ypc was tied for last among qualifying running backs (100 snaps, not including FB). With 98 yards on 14 touches, I would have looked rather silly had he scored a TD. He did have one carry for more than 50 yards so that is skewing his result.

With Jets RB James Robinson being a late scratch, I moved Michael Carter and Ty Johnson up a few spots in the rankings only to see UDFA Zonovan Knight lead the backfield in touches. Partially due to Carter getting injured, Knight had more opportunities than the other two backs combined.

Panthers WR DJ Moore is BACK!!! I never thought Sam Darnold would be the upgrade a WR would need to be unleashed, especially since the combo didn’t work last year.

I faded Jets WR Garrett Wilson because of bad weather in New Jersey. We should never do that. Bad weather, especially rain, usually helps the offense. Offensive players know where they are going, and the defense has to react. Wilson was buckling defensive backs’ knees all day. I did have Elijah Moore ranked higher than anyone, though (WR50).

When I found out Ja’Marr Chase was going to be out again in Week 12, I bumped Tyler Boyd way up my rankings because the best way to attack Tennessee seemed to be through the slot WR. It took 40 minutes of game time before Boyd got his first target and reception and immediately got placed in concussion protocol.

Chicago WR Darnell Mooney is officially out for the season with an ankle injury. Mooney has had a 29% target share and 38% air yard share as the WR36 in fantasy during the past eight weeks. I expect Chase Claypool to slide right into this role. I really like Treylon Burks going forward, and he is my top waiver wire add, but he doesn’t have a good matchup in Week 13 against the Philadelphia Eagles.

Detroit’s first-round rookie WR Jameson Williams is due to make his NFL debut in Week 13 against Jacksonville. I expect they wouldn’t bring him back unless he is 100% ready to go. He’s a top waiver add if he’s available in your league, I wouldn’t be afraid to start him in deeper leagues. Second-round rookie Skyy Moore has seen six targets in each of the past two weeks for the Kansas City Chiefs. He’s played fewer than 50% of snaps, but he has had a 39% target per route run rate.

You will usually look smart starting a TE against the Cardinals, Dolphins, Chargers, Giants and Lions. With Arizona on their bye week, the TE with the best matchups appears to be George Kittle, Foster Moreau, Logan Thomas and Evan Engram.

At the last minute, I moved Thomas up five spots in my Week 12 TE rankings. Of course, John Bates was the Washington TE to score a TD. Thomas had an 18% target share (4.3 targets per game) and a 65% route run rate since returning from injury in Week 9.

With Isaiah Likely out, I should have known Josh Oliver would have a day against his old team (17.60 PPR, 76 RecYd, four receptions, and a receiving TD). I think most of us just shifted targets to Mark Andrews, but the Ravens roster more quality TEs than any other team and utilize two or three TEs on most plays.

Way back before I started ranking players and writing about fantasy I would search for analysts’ “Rest of Season” rankings. At the time, there were few people doing that so when I started writing it became a large part of my process. Rest of Season rankings help me with waiver wire or free-agent pick-ups before Sunday game-time.

Check this link throughout the week and on Thursday and Sunday mornings for the latest updates.