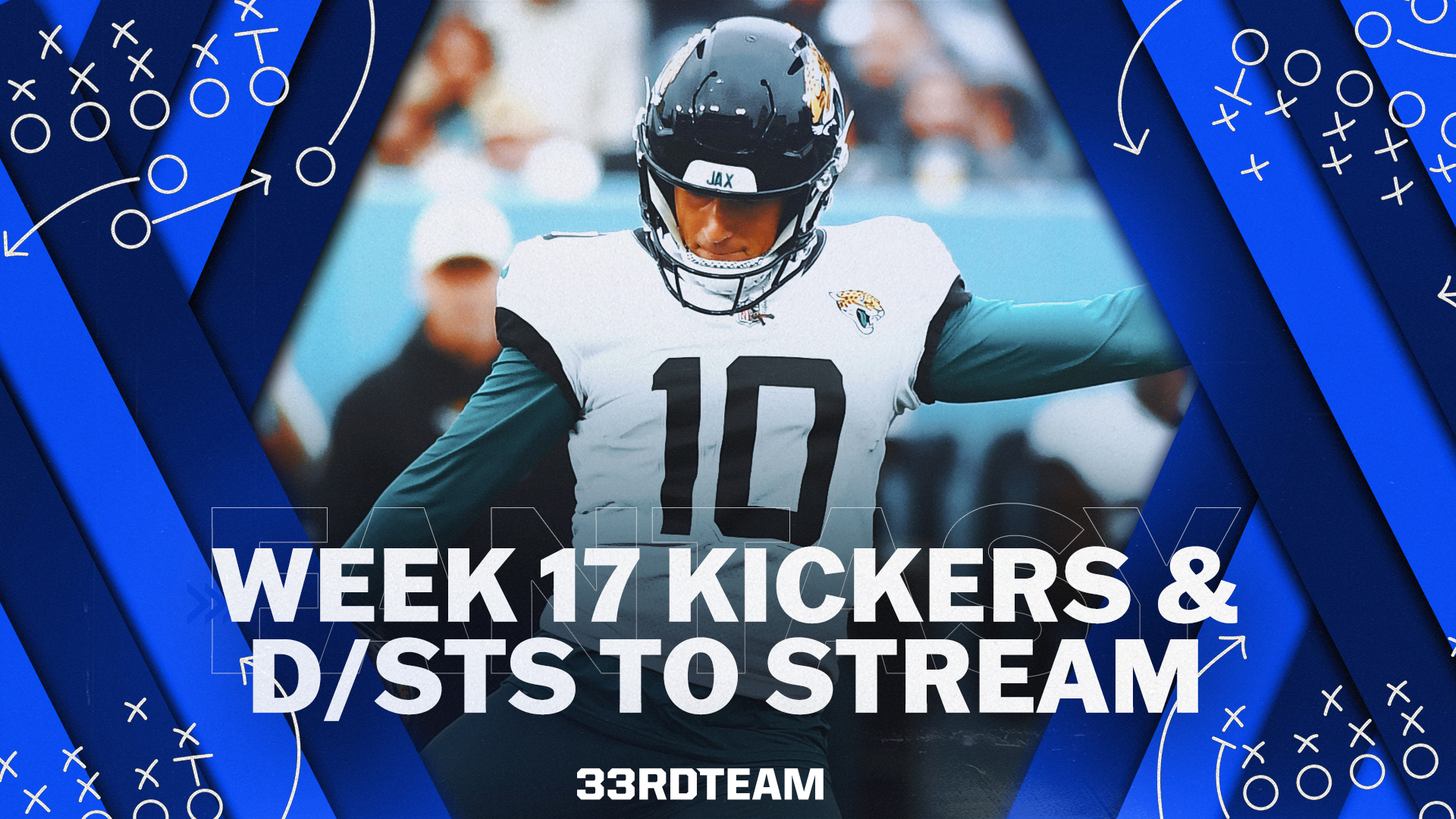 If you need kickers or defenses to stream in Week 17, good luck. It’s a weird week as teams begin to rest players for the playoffs. So it makes some of these matchups tough to evaluate, especially since we’ll continue to get injury updates up until Sunday.

My kicker advice stays relatively the same, but my advice with D/STs gets tricky. I’d simply target bad quarterbacks and bad offenses, which means you’ll have to pay extra-close attention to who’s playing in Week 17.

This will also be the last streaming article of the season from me, so thanks for following along! Luckily for you, fantasy and betting content isn’t stopping anytime soon as we prepare season recaps, 2023 previews and playoff fantasy games.

Riley Patterson is a red-hot kicker to stream.

Cameron Dicker has a good matchup, too.

Giants D/ST is the only D/ST I strongly recommend.

Dolphins D/ST has a better matchup, but Jets D/ST is a better defense.

Jaguars D/ST is not a must-stream defense.

WATCH MORE: Should you Stream McLaurin or Dotson Against Browns?