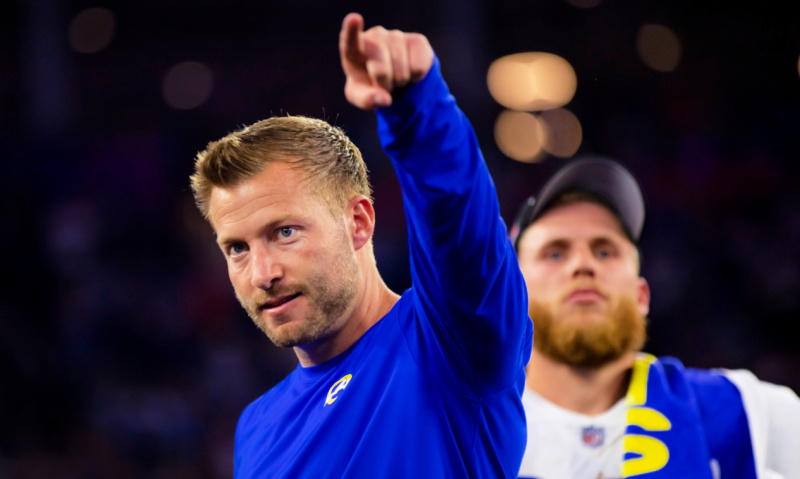 The Los Angeles Rams were this year’s Super Bowl winners and have largely been in contention for a championship since Sean McVay took the helm in 2017. The organization has operated in a seemingly impatient manner when it comes to the draft, largely disregarding the ‘what if’ of a young draft pick in the early rounds of the draft for a proven commodity in the league. Their rogue view on the draft has already allowed them one championship, but are we likely to see this methodology implemented throughout the league? Is there something they know about the draft that nobody else is aware of?

A comprehensive database was built using Pro Football Focus’ draft data with Over the Cap’s contract data to understand the difference between draft picks’ first contracts and their second contracts if they receive one. The draft data is from 2010-2017. Recent years were excluded to not generate inaccurate insights due to the picks still being on their rookie contracts.

The general consensus is that each draft pick closer to the top has significantly greater value than the next. Our hypothesis is that the draft does not actually work perfectly linearly and that there is value to be found with every pick.

How do we define success?

Determining a successful draft pick is both objective and subjective. Viewing it from a purely nominal value, a metric was calculated to determine a successful pick. This metric is known as the SC Pay Ratio, which refers to the second contract pay ratio. It takes the amount of money guaranteed in the second contract and compares it to the guaranteed money from the first contract.

In general, a player receiving more guaranteed money in their second contract has performed better than their pick position suggests. The data is broken down into whether the second contract comes from the same team or an alternative team.

Initial view of the Data

A quick look at what happens to picks who receive second contracts show an interesting story in the graph below: What about the price of these contracts? What rounds actually tend to outperform their draft position?

A rookie outperforming their contracts is one of the cheat codes to winning in the NFL. The SC Pay Ratio provides a good indicator as to which rookies outperformed their initial rookie contract based on the guaranteed money they received with their second contract.

Looking at the SC Pay Ratio per round provides some interesting results: Remember, value is compared to the round that player was drafted in and not other rounds. Therefore, a high SC Pay Ratio for a player in round seven represents an excellent value pick for round seven. It is not stating that the player is any more or less useful than a player in another round, only that the position of the pick represents better value.

Having mentioned above that many players in each round fail to get second contracts, let’s build that a bit more into our SC Pay Ratio metric and create the Expected SC Pay Ratio metric. This multiplies the proportion of the round in that category by the SC Pay Ratio of the category.

For example, 31% of round one get second contracts with the same team. These contracts have 3.23 times the amount of guaranteed money than the first contract.

When this is done for all categories we get the following: Some key results from above are as follows:

Coaching and Front Office regimes tend to live and die by the early round picks they make, but perhaps the quality of the decision makers should be determined by the value they accumulate later on in the draft.

Sean McVay, the current Head Coach of the Super Bowl champions, has famously never had a first round pick since he started his tenure. Some of the early round selections they have traded have led to players such as Jalen Ramsey, Von Miller and Matthew Stafford. One thing these players all have in common is that they all are first rounders that exceeded their Expected SC Pay Ratio

In trading two first round picks for Ramsey, McVay & Les Snead could roughly calculate an Expected SC Pay Ratio of 1.96 (2*0.98) compared to what Ramsey provided at 3.05. The Rams are removing risk here when they aggressively trade for known commodities. The Rams then collect mid-round picks and have had no fewer than eight picks in a draft since McVay took over.

This may be insight into something the league has overlooked, and they are playing the percentages. Otherwise, reviewing the draft history through the lens of guaranteed money at second contract compared to first shows there is significant value in the middle to late rounds, and the margin for error is much smaller in the early rounds.

It is very rare that value is secured with early picks due to the large sums of guaranteed money these picks receive before proving they can play at the NFL level.

The benefit to digesting this data and interpreting it is to understand value better when approaching the draft to set up your organization for success. Round by round is only one lens with which to view this data.

In the upcoming articles, these are the following questions that will be addressed: