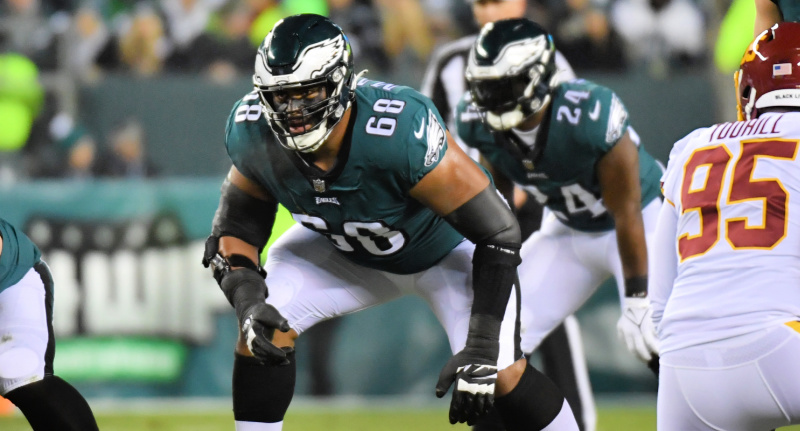 While the biggest emphasis is put on the top of the draft, teams that are able to sustain success and progress are those who are systematic and detailed in their late-round selections. While nobody will hit on all late-round picks, if you follow the correct strategy there can be meaningful value at the end of the draft — not only in the short term (1-2 years), but the long run as well (3-4 years).

In the later rounds, the key is to focus on traits and what you can build on. Teams want to find the prospects that have at least one elite trait. These can be any kind of trait, both on or off the field. They could have elite measurables, production, versatility, leadership, or special teams value for example.

These are traits that can be built upon and formed into a role that has true meaning to a club. As mentioned, this can come in all different shapes, sizes and skill sets. During my career, we were able to find value late by relying on versatility (Matt Slauson and Bobby McCain), leadership (Greg McElroy), college production (Davon Godchaux) and Special Teams value (Jakeem Grant and Drew Coleman).

In the later rounds more than anything else, you truly have to trust your scouts, scouting reports, and team vision. Often in combine meetings or visits, players would take themselves off our board by not properly answering and reacting to our questions. We would ask prospects to walk through this play/moment in which they made a mistake. The players that answered along the line of, “Oh, my coach made a bad call” or “My teammate made a mistake.” are guys we did not want on our team. This shows a serious lack of responsibility for their actions and a lack of emotional intelligence. One of the keys of emotional intelligence is the ability to self-reflect and be critical of oneself in a way that can make you better.

We are essentially asking, “What value can this prospect bring to our team and what need can they fill?”

Properly knowing yourself and your roster will improve your odds of “hitting” on the late-round prospects. Oftentimes you’ll see teams taking more chances in the later rounds to try to capitalize on potential value. Think of the most recent view drafts in which late-rounders have created a meaningful role for themselves early on in their careers: OG Trey Smith (2021 6th round), Isaiah Rodgers (2020 6th round), OG Michael Onwenu (2020 6th round) and Tae Crowder (2020 7th round).

One of the best examples of betting on upside and finding value in the later rounds is the Eagles in drafting Jordan Mailata in 2018.

Mailata grew up in New South Wales, Australia playing rugby. By way of the NFL’s International Player Pathway Program, Mailata joined the league in 2018. Prior to being drafted, Mailata had never played American football. He also admitted that he would only watch one game each season — the Super Bowl. When asked what position he wanted to play, due to his size and having seen the movie “The Blind Side,” he chose OT. He had remarkable athleticism with a sub-20% body fat percentage — the 7th best 40-yard dash time in 2018 — and a top 10 short shuttle (4.67s).

Ultimately, a team must properly assess their needs, fit their board properly, trust their reports and scouts, assess risk versus reward, and finally make sure you’re developing players you’ve brought into the building. When all these are done correctly, teams are able to find prospects later in the draft that have slipped. For a multitude of reasons, these late-round hits will create value for the future of your franchise.