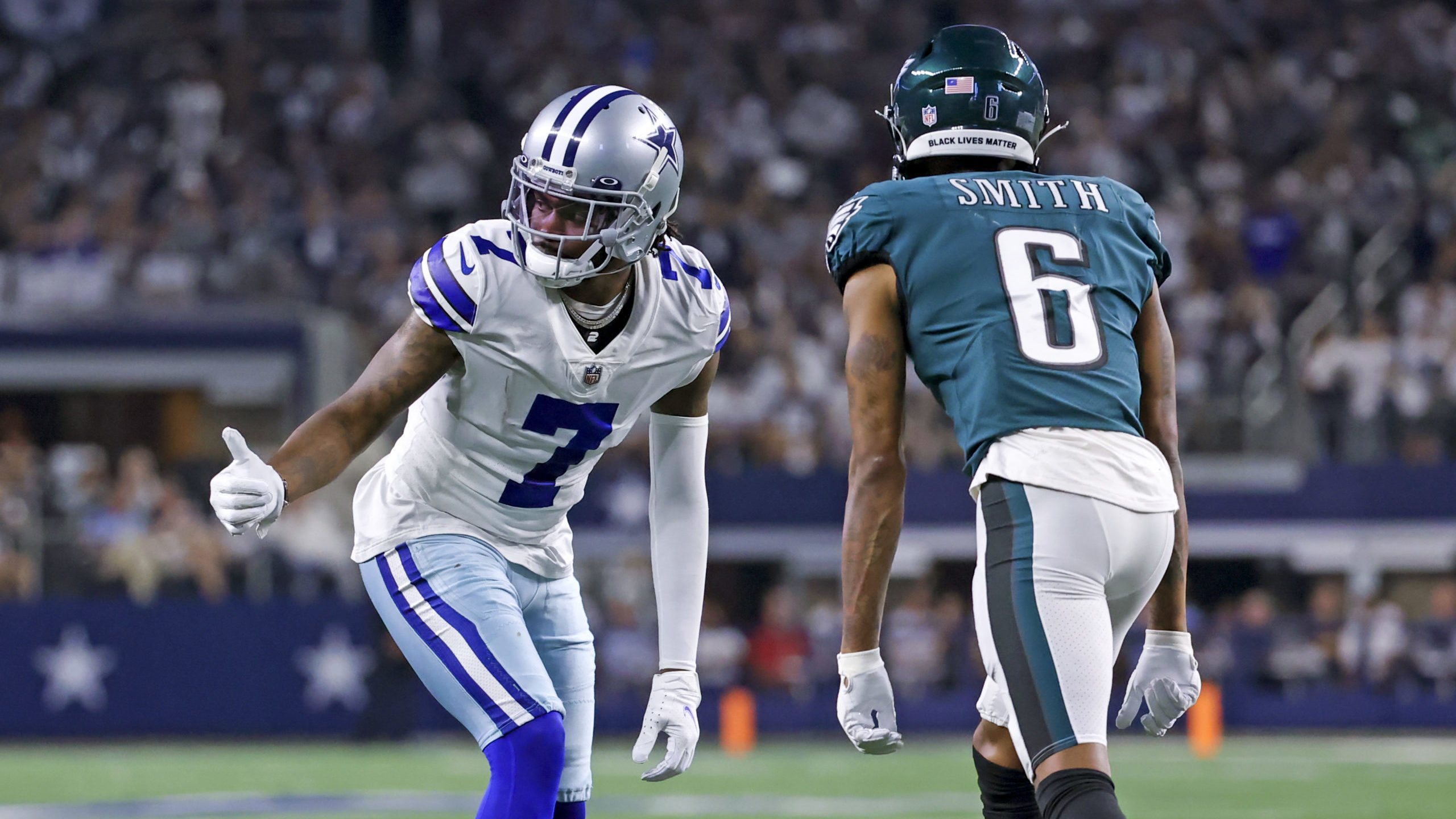 The Cowboys Offense vs. the Eagles Defense

The Cowboys have a top-10 offensive line. The Eagles have a top-five defensive front. This is a strength vs. strength trench matchup where neither side has a significant advantage.

The Eagles Offense vs. the Cowboys Defense

This Is What You’re Betting On in Eagles vs. Cowboys

The Cowboys haven’t played particularly well recently, as they narrowly escaped the Texans before losing to the Jaguars in overtime last week. Dallas is a good team with premium lines on both sides of the ball, playmakers in their secondary, one of the best running back duos in the league, a true WR1, and a good but not quite great quarterback in Dak Prescott. Prescott has not yet breached 300 yards passing in a game this season.

If the Cowboys lose to Gardner Minshew’s Eagles, it’s a good bet that Prescott takes the brunt of the blame in that scenario. If you’re betting on Dallas in this spot, your expectation is that Prescott’s offense at least meets expectations against a high-end Eagles defense. Considering that the Cowboys have to win by some margin in this contest to cover, if I’m betting on the Cowboys, I’m doing so with the expectation that they force a turnover or two in this contest. Your primary concern as a Cowboys bettor is that Dallas struggles to run the ball effectively while Prescott’s passing attack continues to be quietly underwhelming. Pair that outcome with the Eagles effectively running the ball while Minshew plays a turnover-free game while making a couple of plays against the Cowboys beatable perimeter, and the Eagles can win this game outright.

My favorite aspect of an Eagles bet is that they aren’t under very much pressure in this spot because the pressure is on the Cowboys. The Eagles have the raw materials to win this game, but few are genuinely expecting Gardner Minshew to go into Dallas and beat the Cowboys. Considering how talented Minshew’s supporting cast is on both sides of the ball, that puts the Eagles in a very interesting position against a Cowboys team that’s struggled over the past two weeks.

If you’re betting on the Eagles, you’re building that bet around their defense playing up against a good but not quite great Cowboys offense. In that outcome, you don’t need Minshew to be a world-beater; you just need him to be what he’s shown in the past in order to keep this game close. Your biggest concern as an Eagles bettor is that Dallas plays up after two down weeks while Minshew’s offense is forced to play from behind early.

Winner/ Confidence Pool: I will be slightly Cowboys-heavy in winner pools, in a 7-3 if not 6-4 type of ratio. I expect to be a little lower than consensus on this contest in my confidence pool rankings.

Spread Pool: I will take the Eagles or pass here. In ATS tournaments where I could get the Eagles as 6-point underdogs I’d definitely take my chances at that number.