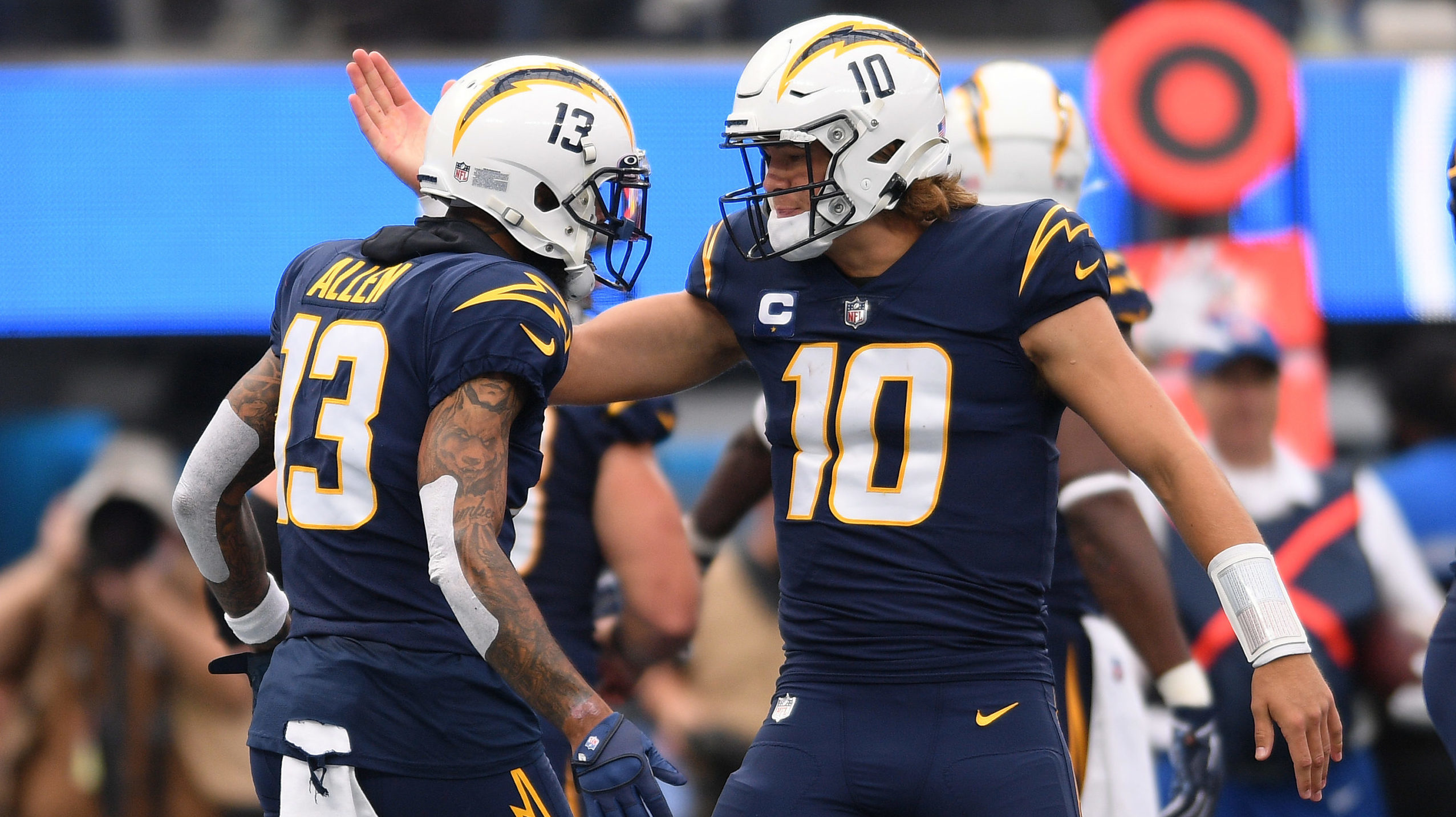 We end an exciting week of NFL football with a Chargers vs. Colts matchup with playoff implications. Los Angeles can clinch a playoff spot with a win against Indianapolis tonight. The Colts are coming off a heartbreaking overtime loss to the Vikings, and have benched Matt Ryan for Nick Foles.

The rookie tight end class has already shown itself to be strong with Cade Otton, Greg Dulcich and Chigoziem Okonkwo having seasons. While Woods has remained in a smaller role so far, he has shown some huge flashes already. He was extremely productive in college, with a 94% dominator rating which led to extremely good production and solid draft capital (third round). He now gets a quarterback in Foles, who has historically targeted his tight ends heavily, and they are missing their best weapon in running back Jonathan Taylor.

This line is all over the place on various books, but I think there is value on Woods this week. Kylen Granson’s injury leaves just Mo-Allie Cox and Woods as available tight ends. I expect them both to get a bump in production with Foles under center. In Woods’ one game without Granson (with coach Jeff Saturday), he caught eight passes for 98 yards. Since then, he’s been in a smaller role, finishing with 28 and 36 yards during his last two games with Granson back.

He had a 70% route rate without him, and getting anywhere near that level of production should lead us to crush this number. Since he’s shown some big play ability and the Chargers allow the most yards per reception to tight ends, I also like sprinkling on his alt lines.

On the other side of this game, I like Allen’s potential quite a bit. Ever since Mike Williams returned from injury, the Chargers’ offense has opened up. Since coming back from injury, Allen has gone for, 94, 49, 88, 92 and 86 receiving yards with his one miss coming against the Cardinals.

In that game, Williams wasn’t back, and he saw the most double coverage he’d seen all season. Justin Herbert has also had a surprisingly low average depth of target (ADOT), even with Williams back. It seems like this offense is prioritizing the short/intermediate game, where Allen is thriving.  Allen has 37 targets during his last three games, which is impressive. The sportsbooks seem confident the Colts can keep this one close.

While the Colts aren’t the best matchup, I think it works out well for Allen. Williams will see a lot of Stephon Gillmore on the outside, and the Colts’ starting slot corner Kenny Moore is injured and out for this game. Allen has done a fantastic job operating in the middle of the field during the last couple of weeks, and that’s exactly what I expect them to do here. Williams and Josh Palmer will stretch the field, while Allen should find holes in this Colts’ zone. I like Allen to go over his receptions (5.5) and receiving yards (60.5) in this matchup.