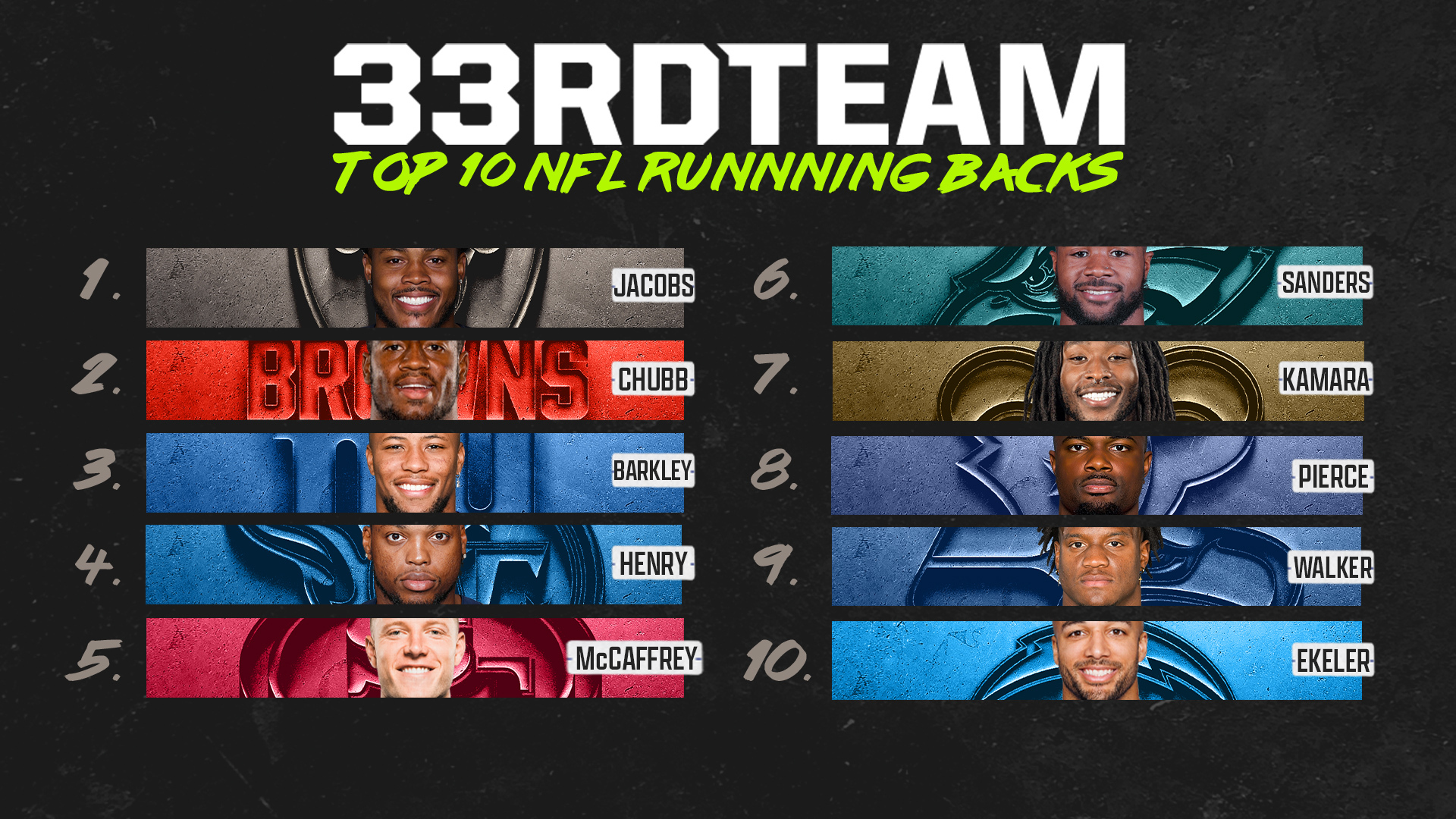 The 33rd Team’s weekly top-10 RB rankings are a snapshot of where the league’s best running backs are right now, taking into account the player’s recent production, health, and an evaluation by our scouting department, led by former NFL team executive T.J. McCreight and assisted by scouts Justin Casey, Kevin Cohn and Evan Pritt.

Comment: Three straight games over 140 yards rushing with six TDs during that stretch pushes Jacobs to the top spot.

Comment: He rushed for 91 yards and a touchdown — and is still the leading rusher in the NFL — but it was not quite enough to get a win over division rival Baltimore. A steady dose of Chubb will lead to wins for the Browns.

Comment: He had a big day against the Jaguars, rushing for 110 yards while racking up 25 yards receiving to keep the Giants on the winning track.

Comment: He rushed for 128 yards in the Titans’ win against division rival Indianapolis. Henry has carried the Titans to the top of the AFC South Standings, a lead that is starting to feel insurmountable.

Comment: In his first game with his new team, he rushed for 38 yards and caught two passes for 24 yards. The 49ers have a lot of playmakers. Are there enough balls to go around?

Comment: He has 485 yards rushing and four touchdowns on the year, as the Eagles had the week off.

Comment: He put together 105 total yards, but it was not enough in a loss to Arizona on Thursday night.

Comment: Pierce churned out 92 yards on 20 carries and four catches, but it was not enough as the Texans lost to the Raiders.

Comment: Since he has taken over for the injured Rashaad Penny, he is showing why he should have at least been invited to the Heisman ceremony last season. He averages 6.1 yards per carry and has two touchdown runs over 60 yards.

Comment: The Chargers struggled to get their run game going against Seattle, as Ekeler only had 3.4 yards per carry. He did have 12 catches for 96 yards and a touchdown.