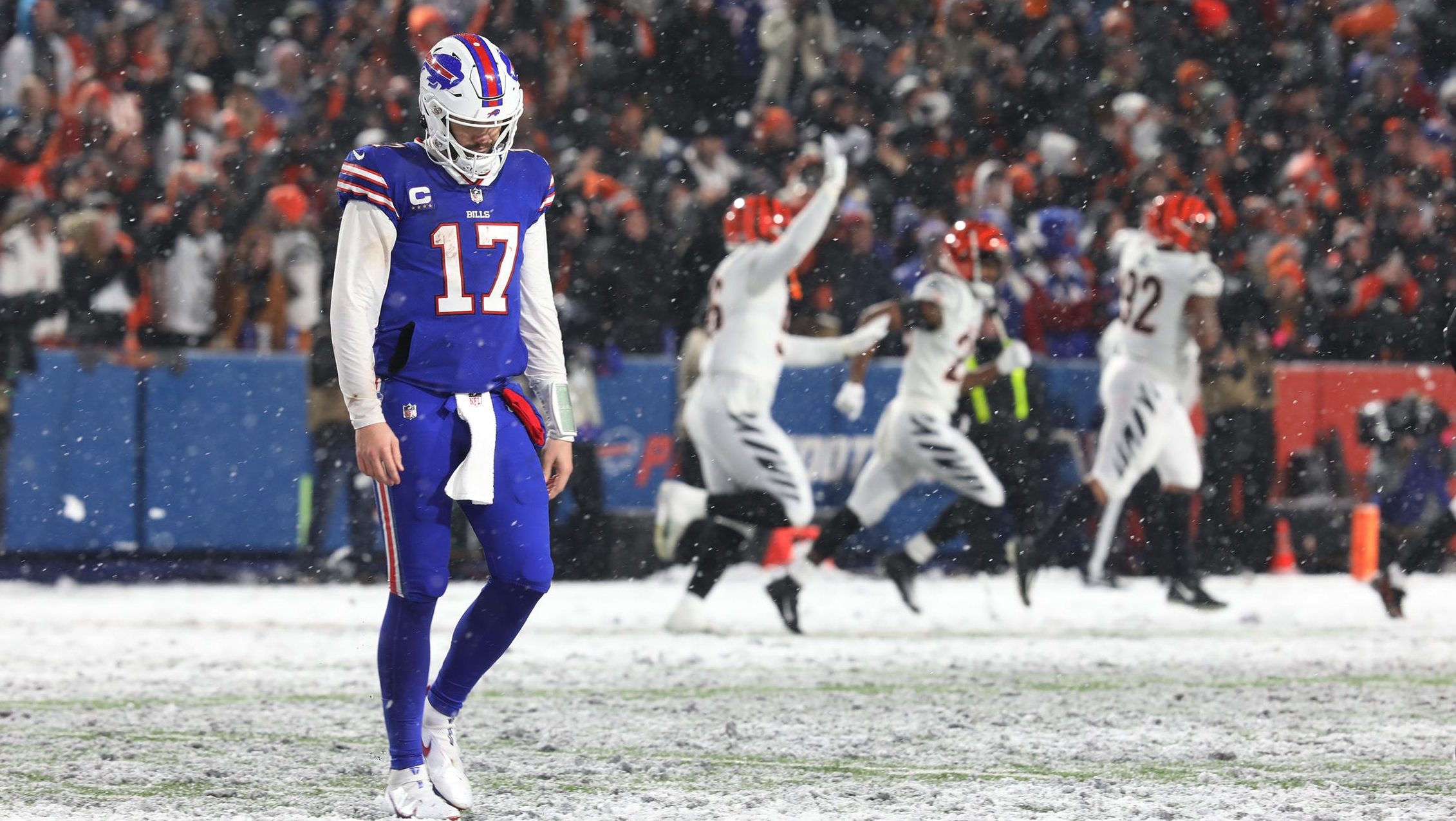 A cold, snowy day in Buffalo. In front of a pumped-up crowd. Against an opponent with a decimated offensive line. There’s no way the Bills were going to lose in the Divisional Round for a second consecutive season, right?

The Cincinnati Bengals came to town and overpowered the hosts, handing the Bills just their second home playoff loss since 1988. Cincinnati’s convincing 27-10 victory raises questions about the viability going forward of a Bills roster that is projected to be $8.5 million over the salary cap in 2023, with only 39 players under contract. They also have 22 unrestricted free agents, including key cogs safety Jordan Poyer, linebacker Tremaine Edmunds, running back Devin Singletary and guard Roger Saffold.

So what happens to a Bills team that now has three consecutive AFC East titles and four consecutive playoff appearances since Josh Allen took over as quarterback but essentially nothing to show for it? After reaching the AFC Championship Game two seasons ago, they lost in a compelling Divisional Round game in overtime at Kansas City last season. But this? Getting stomped at home by 17 points in the Divisional Round seems like a significant step in the wrong direction.

We asked two of our experts, former Jets head coach Eric Mangini and former league MVP Rich Gannon, about the Bills’ future after falling short of the Super Bowl for the 29th consecutive season.

What was so disappointing about this series of games or this game in light of the previous two is just how uninspired it seemed.

The New England game (in Week 18), they got the two big kickoff returns. You can’t count on that on a weekly basis. Miami never should have been in the (wild-card) game last week, and the Bills’ turnovers kept (the Dolphins) in it.

Then you come out and play this game against a banged-up offensive line, at home. So much emotion should have been on your side, and it just wasn’t. You (commit) eight penalties, and a couple of penalties set up (Bengals) touchdowns, and you get beat up by a makeshift offensive line (for a team) that’s been one of the worst in the league at running ball.

That’s a problem that’s not easy to put your finger on. You’ve got all the things in place. It’s not like they weren’t equipped to win this game, but to play the way they did was what was disappointing.

I don’t know if they’re all just expecting Josh Allen to put a cape on and make some sort of dramatic play that’s going to give them the motivation. It can’t be like that. He can’t be Superman every game, and collectively you’ve got to rise up and figure out a way to win when he’s not having his best day.

Gannon: Bills Will Bounce Back

This is a really good football team that won 14 games this season. Unfortunately for the Buffalo Bills, they played their worst game of the season on Sunday, didn’t play well offensively, weren’t able to run the football, their defense played poorly.

This was a very uncharacteristic performance from the Buffalo Bills. They weren’t the more physical team, they made more mistakes, they had more turnovers, and they just struggled. When you look at time of possession, that certainly was a story in the game, third down was an issue. They struggled when they got down in the scoring zone. (It was) just really an off day.

The issue is they had some missing starters in the secondary. Not having Von Miller was an issue late in the season and in the postseason because he was the closer. He’s that player that you can bring in to get that big sack, that big strip fumble late in and game and they didn’t have it. But I think Sean McDermott’s onto something in Buffalo.