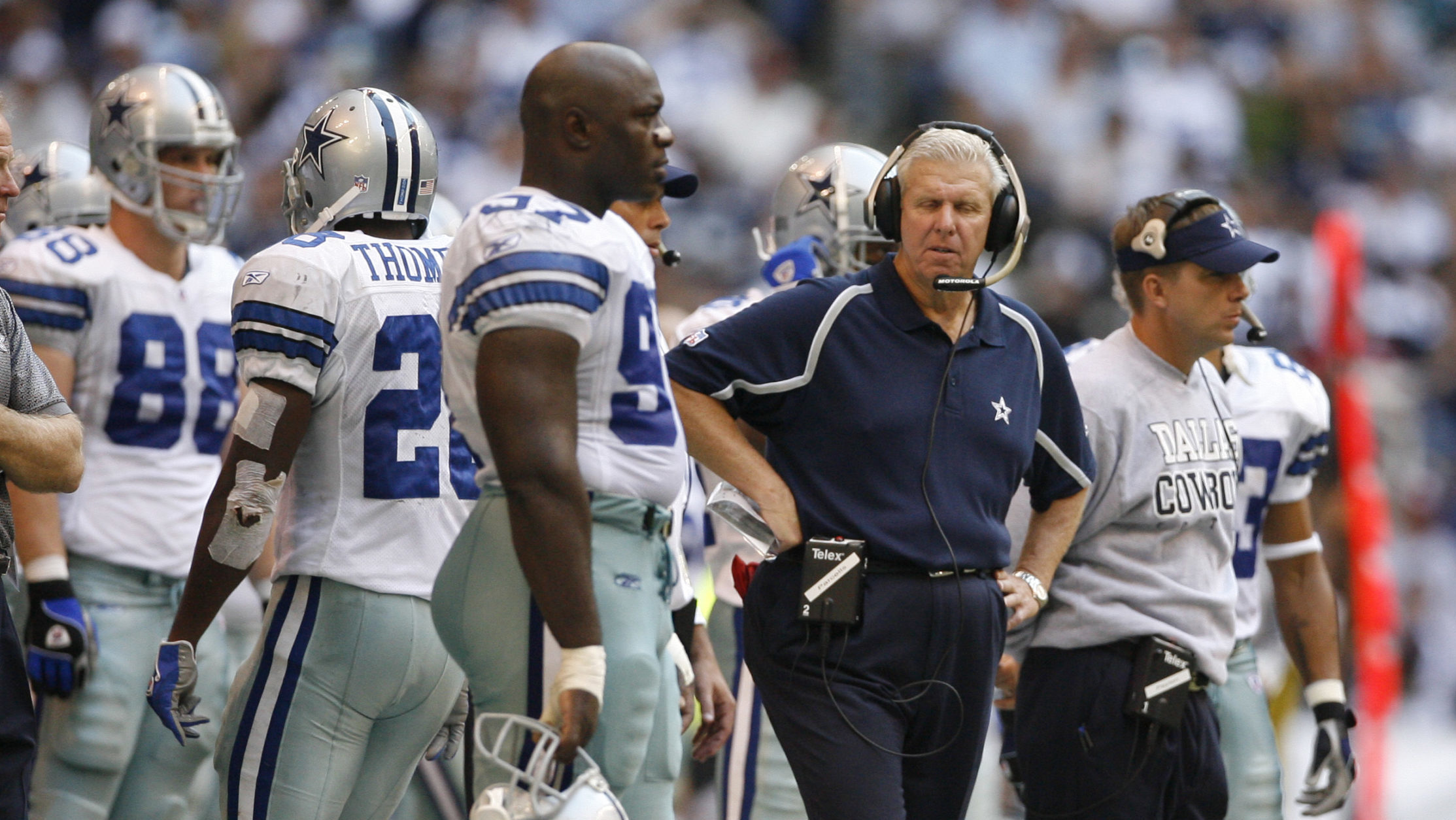 And then there was something I liked to do on the practice field that I called “coaching out loud.” Coaching out loud is making a comment not directed at any individual or group. It’s a vehicle to transmit information, both positive and negative.

You’re not necessarily expressing criticism or dismay or anything like that. Sometimes it can be an expression of confidence or lack thereof, or happiness, or concern about the way things are going. It can be about any number of things, but whatever the subject, it’s meant to be heard throughout the team. It was part of my own natural personality to be kind of talking to myself, but the players and coaching staff would hear it.

Most times, coaching out loud was meant to express concern.

One of the things I would always make sure to say out loud when we got to this point of the season, when you’re in the stretch run and you’re trying to get a playoff spot, was, “Listen, it’s a team game, but you can get beat on individual mistakes. And sometimes if you make an individual mistake this time of year, including me, everybody has to go home.”

When I was coaching the Giants, we were getting ready to play the Cardinals, who had a speedy receiver named Roy Green, and I would go into my defensive backs section in practice and say, “Are two guys enough to cover this guy? Do I have to use more than two?” We were obviously going to double cover him some, but I was wondering out loud and kind of needling the defensive backs to make a point.

The best example of all came while I was head coach of the New York Jets. We had a player named Bernie Parmalee, a running back who had spent the first seven seasons of his career with the Miami Dolphins before joining us in 1999. Bernie was a very dependable and versatile player. Even at the end of his career, which was when I got him (we had Curtis Martin as our lead runner), Bernie could play 15 snaps on offense as kind of a third-down back and backup runner. He also was a very good special-teams player, so you knew you were going to get 30-35 plays a game of quality play from him. The system that I used for grading players was that you were given a plus if you did things the way you were supposed to do them and got a good result, you were given a minus if you didn’t do things the way you were supposed to do them and you got a poor result. And then there was that vague, almost indescribable grade when the result turned out well, but the process wasn’t good. We used to call that “Got Man.” It was directed mostly to offensive players because that was where the term really came from. In other words, “I didn’t block the way I was supposed to, but the defender didn’t make the tackle. I got my man.” The term “Got Man” eventually expanded to cover all situations where the play wasn’t aesthetically pleasing, but the result was positive. “I wasn’t covering the right way, but that receiver didn’t catch the ball.”

We were 8-7 and getting ready to play the Seattle Seahawks in the final game of the 1999 season. We had a reverse play in the game plan, with Keyshawn Johnson running the ball, and we were running it in practice. Bernie was in for this play, which we were going to run once we crossed midfield. Bernie really had the key block because the play was going to start one way and then come back to Bernie’s side, and he was responsible for blocking the defensive end.

In practice, there’s an unwritten rule that you don’t cut block. You don’t block below the waist on any of your teammates ever, whether it’s training camp or seasonal practice. Now, sometimes plays like a reverse are a little long developing in nature, so the defense doesn’t react as quickly as it would in a game. And Bernie was a little reluctant to really go after the defensive end the way he would have to, because he was adhering to the unwritten rule about cut blocking, so the play didn’t look too good in practice.

I didn’t say anything to Bernie, but I just made the comment loud enough for everyone to hear, “I don’t know about that play,” in a tone that made it clear I had a concern. The coaches knew me. They knew that I was impatient. If a play didn’t look good in practice, I wouldn’t run it in a game. I would just take it out of the game plan. 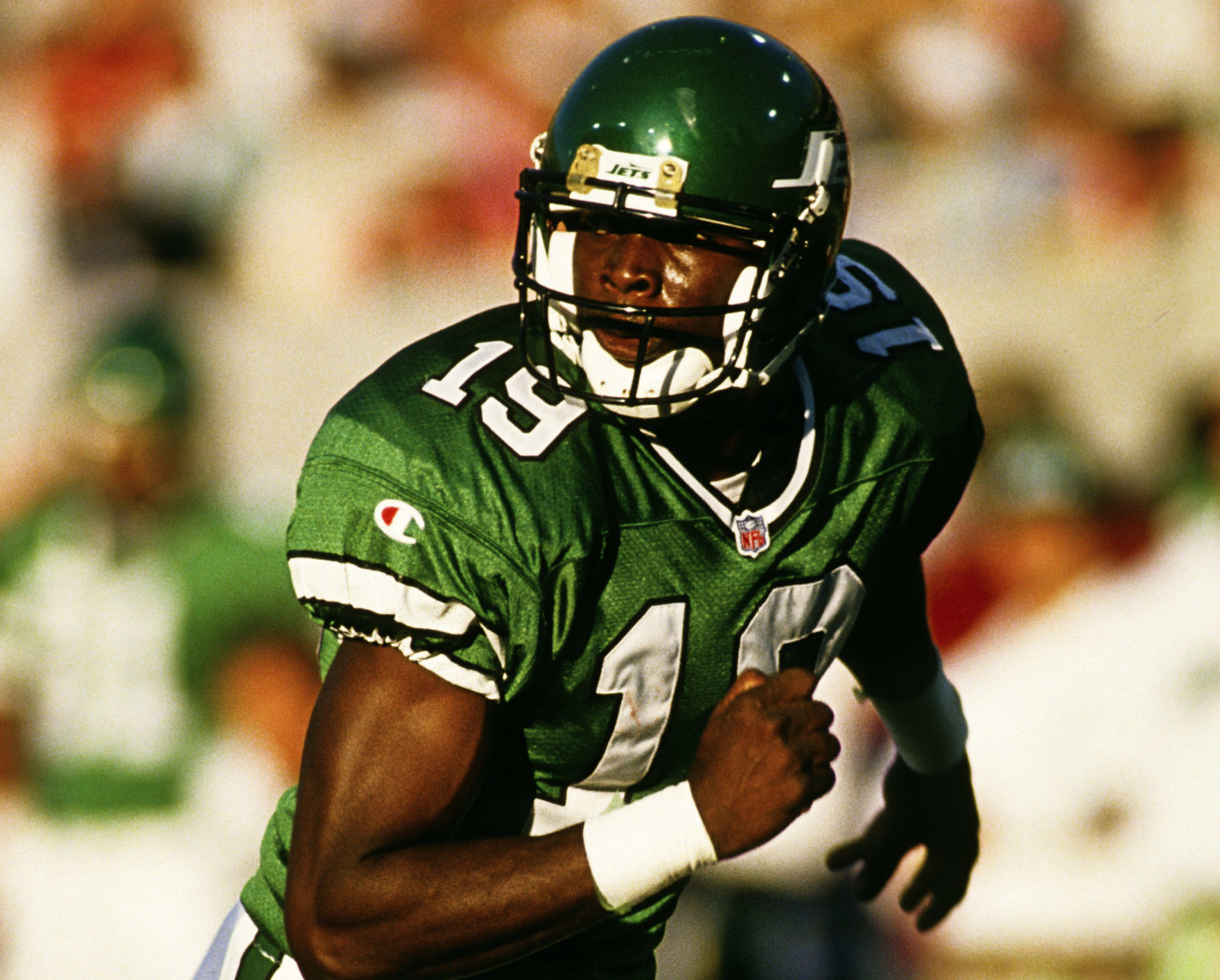 After practice, I told the offensive coaches, “Put that play in the script for tomorrow.” The next day in practice, we ran the play again and it didn’t look any better. Now, I was exasperated, and I directed my out-loud comment to my friend and offensive coordinator, Dan Henning. I said, “Dan, can we even do this?” I barely got the words out of my mouth when Bernie, who was about five or six feet in front of me and knowing that I was really talking to him, said to me, “I’ll get him in the game!” Well, that shut me up, but I still wasn’t too confident.

We didn’t take the play out of the game plan for the Seahawks. It turned into a little bit of a seesaw game. We’d get a lead, they’d kind of catch up. We’d get a little further ahead and they’d have to catch up. It was one of those games where you don’t feel safe.

Early in the fourth quarter, with us holding a 16-9 lead, we had a third-and-six at the Seattle 34. I said to the offensive coaches, “I want the reverse.”

Keyshawn ran for 13 yards. The play was perfectly executed … or so I thought. There was a yellow flag on the ground. One of our offensive tackles, Jumbo Elliott, was called for holding. I was ready to tie Jumbo’s shoelaces in knots.

Later, Bernie came to the sideline. He kept strolling down to where I was. He got right in my face, and he said, “Got man, Coach! Got man!” We ended up winning the game.

In the case of coaching out loud with Bernie, I had a good veteran player who knew exactly what the problem was, and he responded the way I hoped he would. He knew what his job was and how to do it. When the rubber met the road, he did it and he was going to brag to me about it and there was nothing I could say. Today, Bernie is the running backs coach for the Jacksonville Jaguars. I can say one thing for certain: Those guys he’s coaching have heard the term, “Got man!”