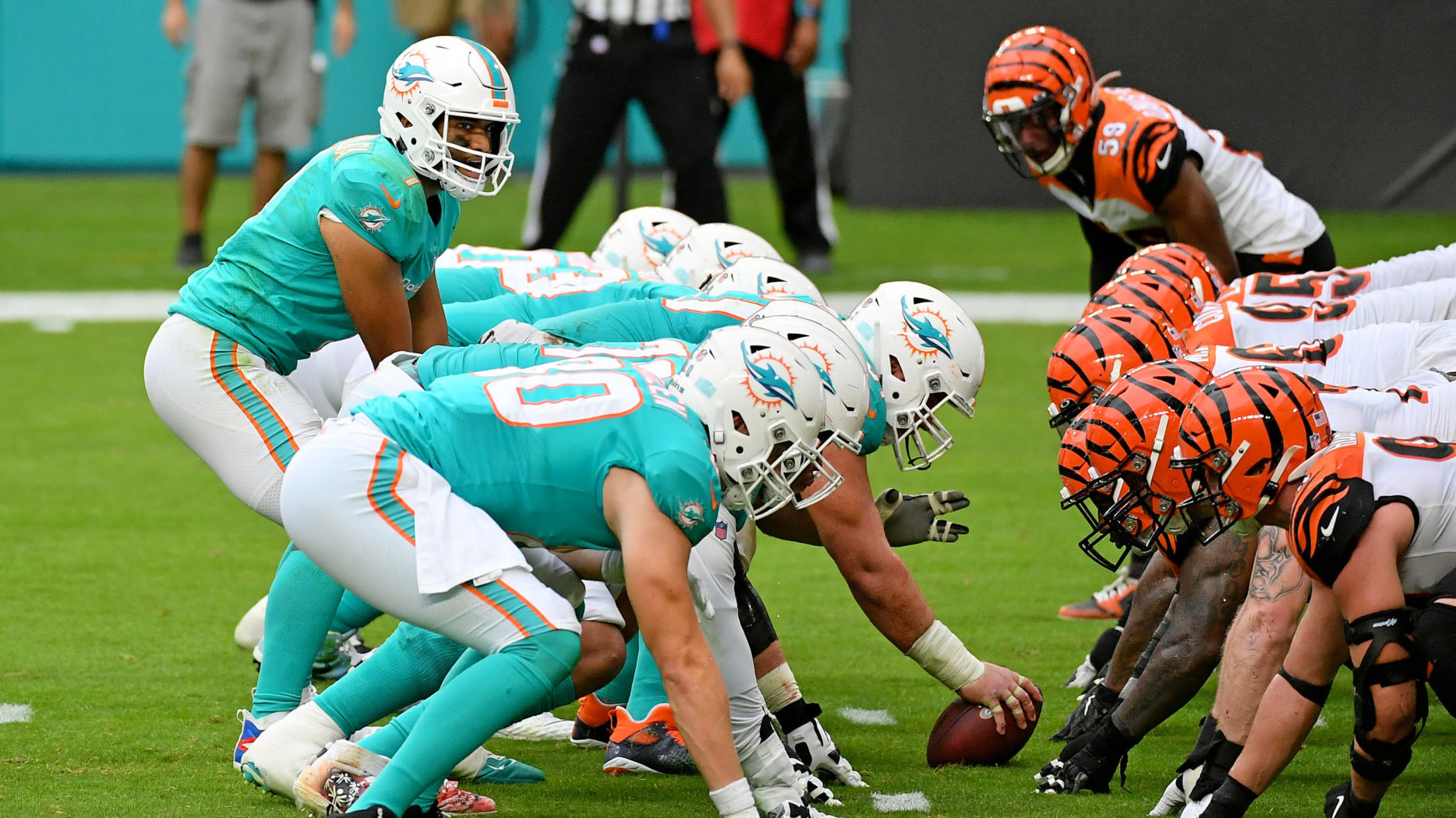 The Miami Dolphins-Cincinnati Bengals matchup on Thursday night is full of intrigue. It pits two third-year quarterbacks — the Dolphins’ Tua Tagovailoa vs. the Bengals’ Joe Burrow against each other. The key for both teams is to slow down the powerful offenses led by those rising NFL stars.

Here’s how I think both defensive coordinators have planned for the game this week:

This will be about Tagovailoa’s ability to stay patient and take what the defense gives him. With a nonexistent run game to this point (64 rushing yards per game), I’m guessing Bengals defensive coordinator Lou Anarumo will play something similar to what the Buffalo Bills did last week against Miami: a seven-man front with a two-high shell look. They could play some Cover-2, but I suspect it will be mostly a quarters concept, which the Bills ran on more than 65% of last week’s plays.

They will force coach Mike McDaniel and the Dolphins to run the ball versus a light box and check the ball down when the deep stuff is not there.

Bengals’ defense ends Trey Hendrickson and Sam Hubbard should provide enough pressure so the Cincy defense will not have to resort to five- and six-man fronts. The loss of DT D.J. Reader will be a blow to this unit.

I think the Bengals’ secondary matches up great against Tyreek Hill and Jaylen Waddle, with Eli Apple and Chidobe Awuzie manning the corner spots. Safeties Vonn Bell and Jessie Bates should provide good deep help over the top. If Tagovailoa gets impatient and tries to force the ball deep to Hill or Waddle, then this will be the Bengals’ opportunity for a turnover.

If the plan is to take away Hill and Waddle in the passing game, then look for Mike Gesicki and Cedrick Wilson to finally see some targets and get opportunities to make plays for this Miami offense. Gesicki and Wilson have combined for just 11 targets through the first three weeks of the season.

This will be a “bend, but don’t break” approach for the Bengals’ defense. Third-down and red-zone defense will also have to show up big, as the Dolphins are ranked in the top 5 in both of those categories.

Can the Bengals’ offensive line protect Burrow, who has been sacked a league-leading 15 times against an aggressive, risk-taking Dolphins defense? Through the first three weeks of the season, this unit has brought five or more rushers 31.6% of the time on pass plays. They will challenge Burrow and this offensive line with multiple looks and pressure types. The challenge will be to identify who is coming and how to pick up as many as seven known rushers.

This defense has played cover-0 47 more times in the last two years than any other defensive unit in the NFL. To make this even more difficult, it will look as though linebacker Jerome Baker is bringing pressure, only to drop out and play a form of Tampa-2. Burrow will have to read pre- and post-snap to try and figure out where the soft spot in the defense will be.

Miami does a great job of mixing up how it gets to this coverage with multiple players having different jobs in the coverage. For example, it could be a mugged-up ILB running the middle paint or a deep safety who appears to be playing the post but ends up as the Tampa-2 middle backer.

The Dolphins will need to get home with a four-man rush with Melvin Ingram, Christian Wilkins, Jaelan Phillips and Emmanuel Ogbah providing most of the pressure. Look for Brandon Jones to blitz from his safety position on passing downs. He was responsible for a strip sack against the Patriots in Week 1, which Ingram picked up and ran in for a touchdown.